Song Festival invites Lithuanians from all over the world 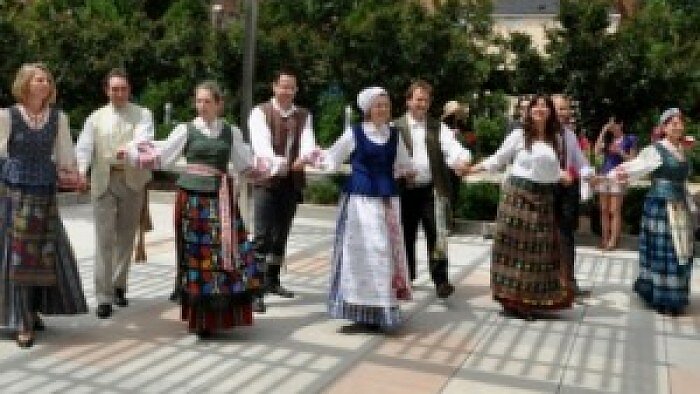 (ELTA) On 2-6 July, the Lithuanian Song Festival, the country’s most important cultural event, included in the UNESCO World Heritage list, will take place in Vilnius.

(ELTA) On 2-6 July, the Lithuanian Song Festival, the country’s most important cultural event, included in the UNESCO World Heritage list, will take place in Vilnius.

Over 37,000 participants presenting folk songs, dances and band, brass band, kanklės music and theatre programs will take part in the jubilee Song Festival, the Lithuanians are coming from 14 countries. By events and performances it is expected to attract hundreds of thousands of viewers. This unique spectacle of traditional culture in 2014 will be held in Lithuania for the nineteenth time.

According to the organizers of the Jubilee Song Festival, this year’s festival will delight everyone not only with the traditional events such as Folk Art Exhibition, Folklore Day, Ensemble Evening, Dance Day, and Song Day, but also with abundant bouquet of innovative and unexpected accents. On the 6th of July, the National Costume Day will be announced for the first time, the organizers will invite to wear the national costume or its attribute.

The Folklore Day, which opens the Festival, will bring together about 6,000 performers. It is traditionally held in the Sereikiškių Park. The Folk Art Exhibition features selected works of the best contemporary folk artists from all over Lithuania and items from the stocks of museums. The Ensemble Evening, an open-air concert of Lithuanian folk songs and dances to the music played with folk instruments, assembles about 5,000 performers on the stage in the Kalnų Park. Dance Days take place in the Žalgiris Stadium. This is a large-scale concert by dance groups of different ages, about 8,000 dancers in total. The final and the most impressive touch of the Festival is the Song Day, which is traditionally held in Vingis Park, on the open-air stage specially built for this purpose. About 12,000 singers in about 400 choirs – of children, youth, women, men and mixed – sing together on this day.