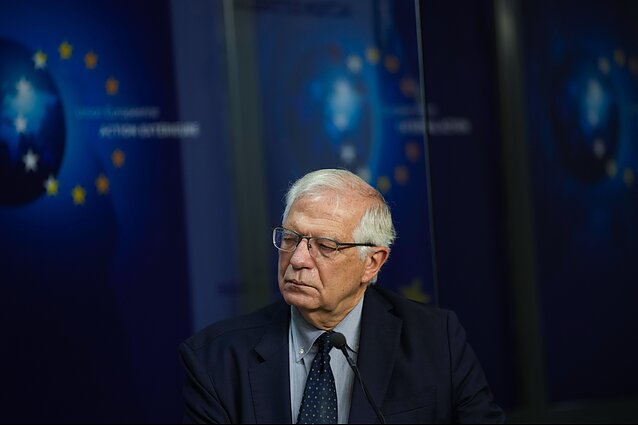 The European Union will push back China’s coercion attempts applied against Lithuania, EU’s chief diplomat Josep Borrell said in a speech on Tuesday.

“Lithuania and all member states that find themselves coerced for taking decisions that China finds offensive, they need support and they need our solidarity,” he said.

“The European Union will continue pushing back these attempts and adopt appropriate tools, such as the anti-coercion instrument currently under preparation,” Borrell added.

His statement comes amid diplomatic tensions between Vilnius and Beijing, which has recalled its ambassador over Lithuania’s decision to host a de facto Taiwanese embassy.

According to Politico news website, Borrell has ramped up the bloc’s rhetoric on Taiwan, saying China’s threats to the island nation “may have a direct impact on European security”, partly because Taipei’s microchips are “indispensable” to Europe’s digital development.