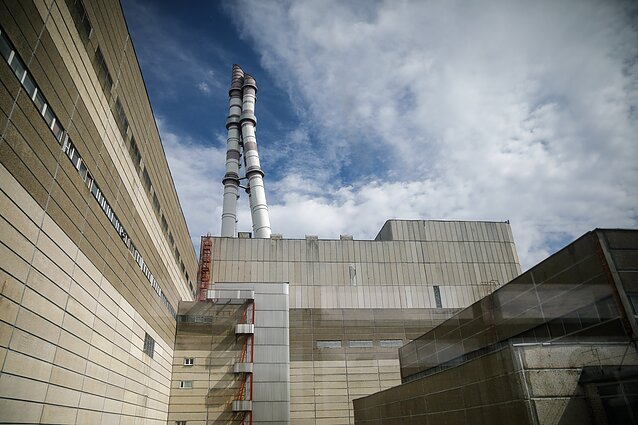 Viktoras Ševaldinas was the chief of Lithuania’s sole nuclear plant for 30 years. Having survived financial and political crises, in interview with LRT.lt he says the biggest challenge now is the safe decommissioning of the Chernobyl-type reactors.

After Ignalina NPP was shut down, there were still 11 RBMK reactors left operating within the territory of the former Soviet Union. At the moment the number is down to nine, and they are all located near the Baltic states, at the eastern border of the EU. Have you ever heard anyone pressuring for these reactors to be closed, or for increased security?

First of all, these reactors are located within Russian territory, and there is no point in pressuring Russia. The country has made it clear that the reactors will remain in operation for as long as they are considered safe, until the date set out in the project.

Russia has determined that an RBMK reactor can safely operate for 45 years. That is exactly what happened: both Leningrad and Kursk NPPs have four RBMK reactors each, while the Smolensk NPP has three, thus 11 units in total. Reactors 1 and 2 of the Leningrad NPP have been shut down, and will be dismantled. The remaining nine are still operating. Following the catastrophe, the Chernobyl NPP, and later Ignalina NPP, were both pressured to shut down the RBMK reactors. There were orders to shut down the Ignalina NPP since 1994, but we resisted and refused. 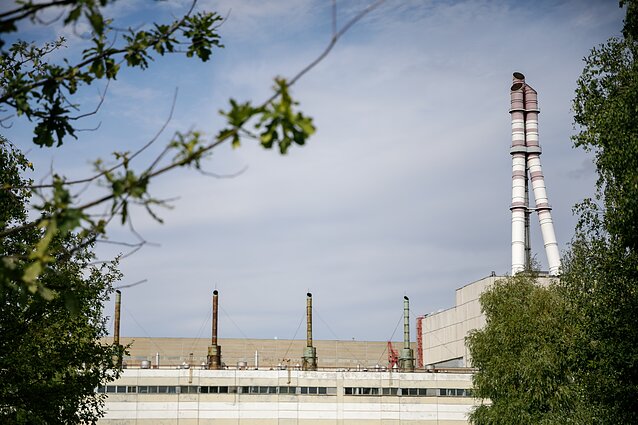 Back then we were asked to improve and ensure the security of the power plant, and we had implemented the provided nuclear safety programme. Independent experts from the West had evaluated the nuclear safety at our NPP, and their analysis concluded that the risk of a nuclear meltdown during an incident is no higher than in an identical NPP of Western countries.

However, once the discussions about joining the EU had started, we were ordered to shut down Unit 1 by 2005, and Unit 2 by 2010. It was mandatory, we had to obey. No doubt, the Lithuanian government and society did not agree to this, but it was very important for Lithuania to join the EU.

The good news was that Lithuania had successfully negotiated the conditions of Ignalina NPP decommissioning, and that the EU agreed to compensate for the decommissioning costs.

We could have, but it all depended on electricity costs. The NPP was owned by the state. At first the government would set the tariffs, later on this was done by the National Commission for Energy Control and Prices. We would have needed a lot of money, but it was possible.

Of course, we would have needed to increase electricity prices for consumers, which meant giving something up. Also, I must remind you that we needed around 3 billion euros.

We had to have the money for decommissioning back in 2001 already. By comparison, these were minor costs that would have covered the preparation of dismantling projects. Once the units are shut down, money is needed to maintain them and ensure they are safe. 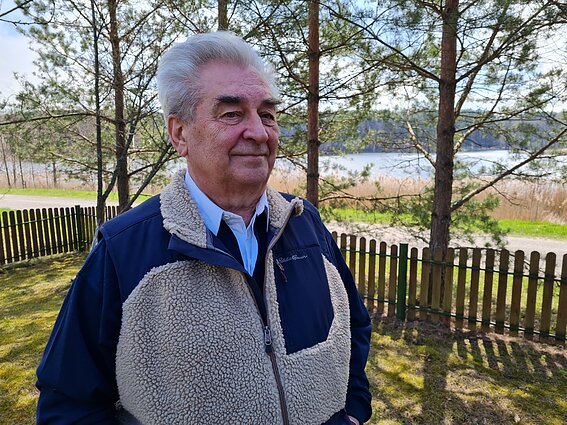 What are the challenges of dismantling the reactors?

First of all, a special project needs to be prepared. It’s a weighty task, as equipment in reactors is especially radioactive and dangerous. Special equipment, robots are needed to carry out the majority of the tasks, and this equipment should be prepared by specialists with knowledge on reactor dismantling.

However, before we begin dismantling anything, we need to prepare repositories to store all what we have dismantled. We need to think where we will keep all of that, and, preferably, permanently.

The most difficult stage, no doubt, is the dismantling of nuclear graphite and metal blocks in the reactor. It is crucial to unload the nuclear fuel and safely store it, and Ignalina NPP has prepared special repositories for spent nuclear fuel.

To my knowledge, all of the remaining spent nuclear fuel will be transported from the units to repositories by the end of this year. Fuel will be stored for 50 years, however, I need to emphasise that this is not a permanent solution.

The biggest problem right now is the radioactive graphite. There are 1,800 tonnes of graphite in each reactor, 3,600 tonnes in total. While the units were still operating, the graphite would absorb the radiation. The radioactive carbon-14 disperses rapidly, can be absorbed by living creatures, and does not disappear for thousands of years.

It is still being discussed what to do with the graphite, and the biggest question is where and how we should store it.

You cannot transport it anywhere, we need to think of where to store it. According to recommendations by the International Atomic Energy Agency (IAEA), reactor graphite can only be stored underground, so we need to look for a place to build such a repository. There is a lot of work to be done. 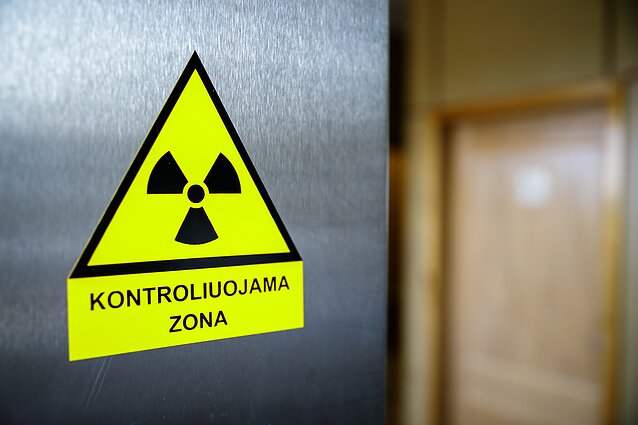 Lithuania has been concerned with the safety of the nuclear plant in Belarus, and has addressed international organisations with this issue several times, urging them to evaluate the plant. Can an international review mission come to Belarus under the request of the neighbouring countries to carry out the evaluation?

No, it can’t. The experts are only sent following the request from the state itself. If the state does not agree to it, the mission is then impossible. IAEA won’t even visit Iran unless invited.

There are a lot of hopes and expectations put into the Baltic synchronisation project, aiming to integrate electricity grids of the Baltic states with the ones of the rest of continental Europe. It is hoped that by 2025 we will become a part of an independent, decentralised European energy system. So, the majority of our problems should be solved?

Based on my calculations, electricity prices should increase by 20 to 25 percent. Lithuania produces only around 30 percent of electricity, while the remaining 70 percent is imported. It could produce more in the old thermal power plants, but it is cheaper to buy.

Right now we import most of the energy from the east, as the prices there are lower. In the future, Lithuania will have to produce up to 80 percent of electricity, as neighbouring countries do not have excess, exportable electricity. Latvia only produces excess electricity only during floods, while Estonia only produces enough for local consumption. 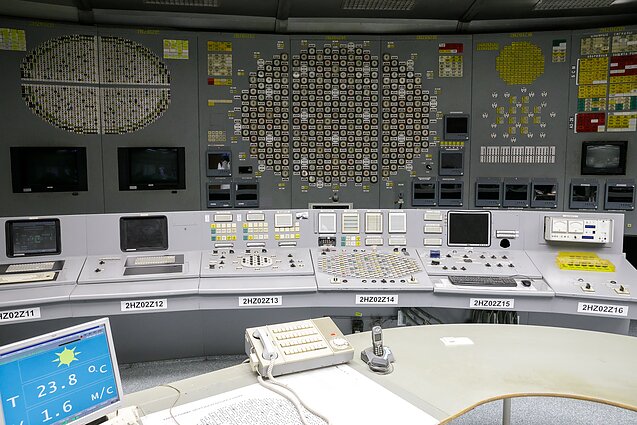 The energy in Baltic states is scarce, so it is a must to build a new 400–500 MW energy source in the region. It can be built in Latvia or Lithuania, it doesn’t matter, but we shouldn’t expect Europe to maintain power stations for us, and only supply us with produced electricity. We need to take care of this ourselves. While wind and solar power plants are great, it is also a must to keep thermal or other types of power plants as backup.

If we don’t do this, electricity supply reliability will decrease significantly. As of now, we still don’t have enough grids connecting us to Europe: a grid with Sweden is great, a grid with Poland is also nice. But that is not enough.

What if, for example, lightning strikes one of the electricity grid connections with Poland? Lithuania will be left in the dark, without any electricity. I have installed a solar panel on my roof, but I have also bought a gas powered generator, just in case. 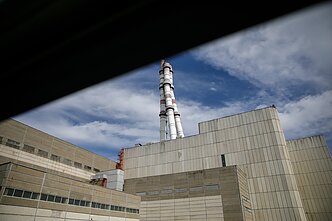 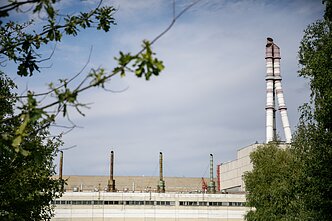 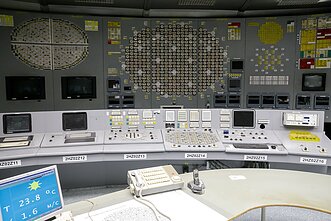 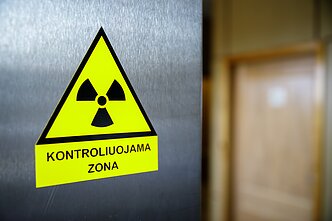 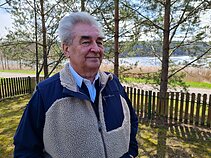