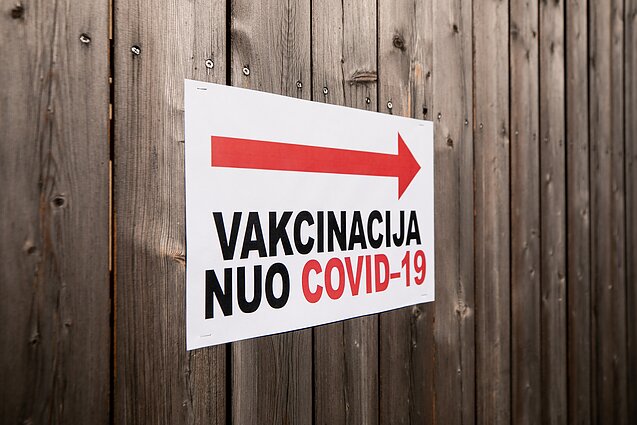 A sign pointing towards a vaccination centre / D. Umbrasas/LRT

Covid-19 will continue mutating until a population reaches herd immunity, experts say. Lithuania's health minister hopes that influencers and businesses can encourage more people to get jabbed, although observers argue that a more unified incentivisation system is needed.

The virus will most likely continue to mutate, and ‘herd immunity’ is the only way to prevent further strains, says Marius Strioga, an oncoimmunologist at the National Cancer Institute in Vilnius.

“This requires a high vaccination rate, we are talking about 80–90 percent of the population. This is impossible when children are not yet being vaccinated,” he says.

The government should also consider giving booster shots, since a higher number of antibodies stands a better chance at combatting the emerging Covid-19 strains, according to Strioga. 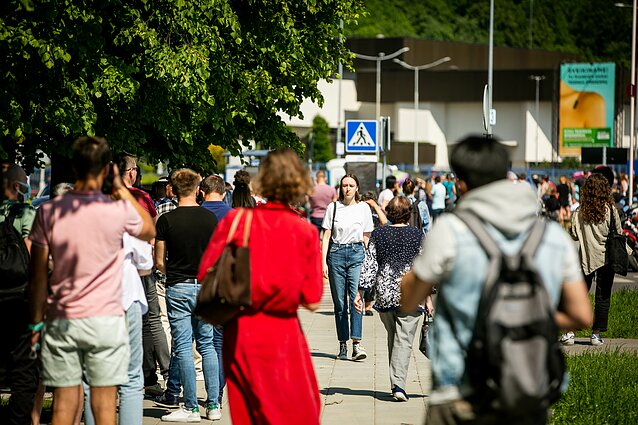 People queuing outside a vaccination centre in Vilnius / E. Blaževič/LRT

Meanwhile, vaccination efforts in Lithuania are beginning to stagnate, with less than half of the population, some 44 percent, given at least one jab.

“Back in January, the president said that we would have enough vaccines by July to vaccinate 70 percent of adults, and today we see that we have yet to vaccinate 365,000 people to reach it,” says presidential adviser Simonas Krėpšta.

Lithuania’s government has decided to lift the existing quarantine as of July 1. However, pandemic restrictions may be reintroduced if the 70-percent vaccination threshold is not reached by autumn, says Krėpšta.

Certain restrictions, such as mandatory facemasks in shops, should remain until more of the population is vaccinated, says Health Minister Arūnas Dulkys. 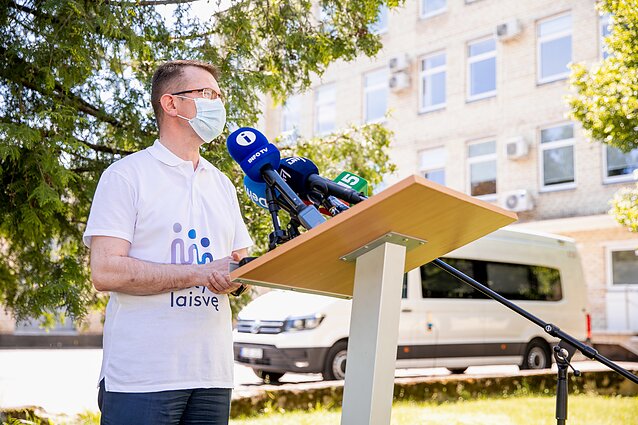 Municipalities have been employing various methods to encourage people to get jabbed. For example, in Naujoji Vilnia, a vaccination bus offered vaccine shots without registration outside a supermarket.

“A bus arriving at the town square is very good, but let’s not forget that people living in rural areas can’t catch a bus every day,” says former health minister Aurelijus Veryga, adding that municipalities should start bringing vaccination centres to people’s doorsteps.

Businesses have also taken initiative to encourage their clients to get vaccinated by offering various discounts. The Plus plus plus pub in Vilnius offers free coffee for vaccinated customers.

It’s just a small incentive that can perhaps encourage someone who’s still on the fence about vaccination, says the owner of the pub.

Health Minister Dulkys believes that businesses should also try and encourage their employees to get vaccinated. Many firms already grant days off or hand out gift cards to their vaccinated staff. 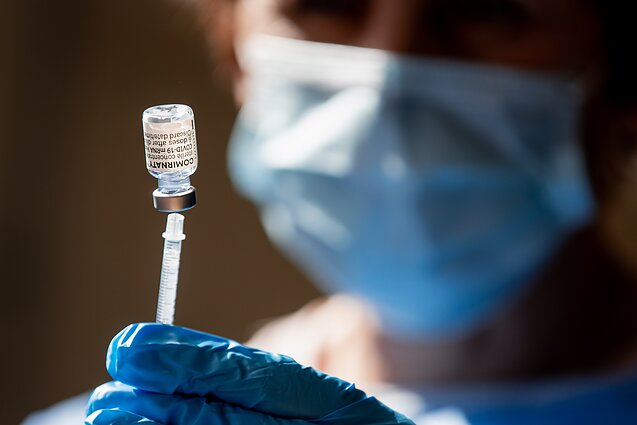 Andrius Romanovskis, head of the Lithuanian Business Confederation (LVK), believes that the government should now consider incentivising people to get vaccinated on a national level.

Some say the lack of communication and information regarding vaccines remains the most serious issue that impacts vaccination rates.

The health minister hopes that influencers can encourage their followers to vaccinate by, for example, filming themselves receiving the shots. The ministry, however, does not employ influencers to carry out such campaigns. 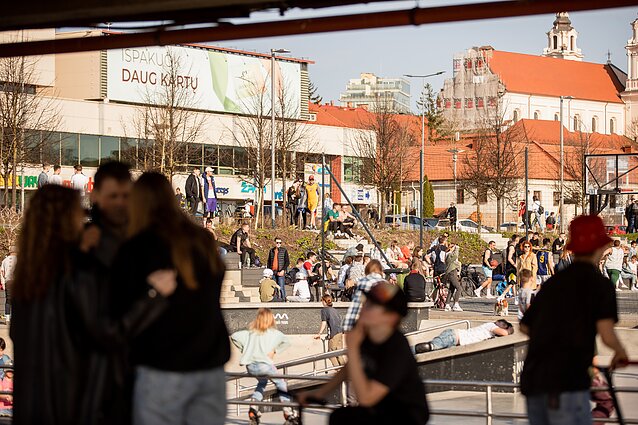 “We have many volunteers and helpers that help us out anyways,” says Dulkys.

Government could also turn to other influential figures, such as priests, to convince people to get jabbed, former minister Veryga suggests.

However, influencer campaigns and business incentives are short-term solutions that can only convince a small part of the population, experts say. There is still no general, unified system of incentives that could encourage 360,000 more people to get vaccinated. 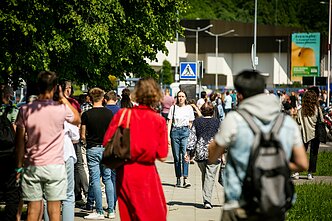 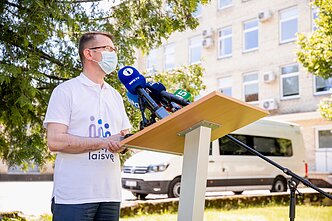 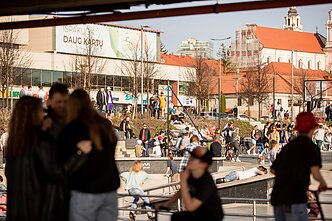 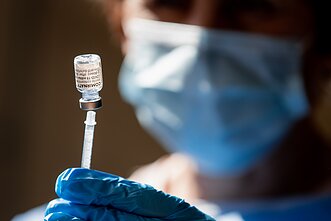 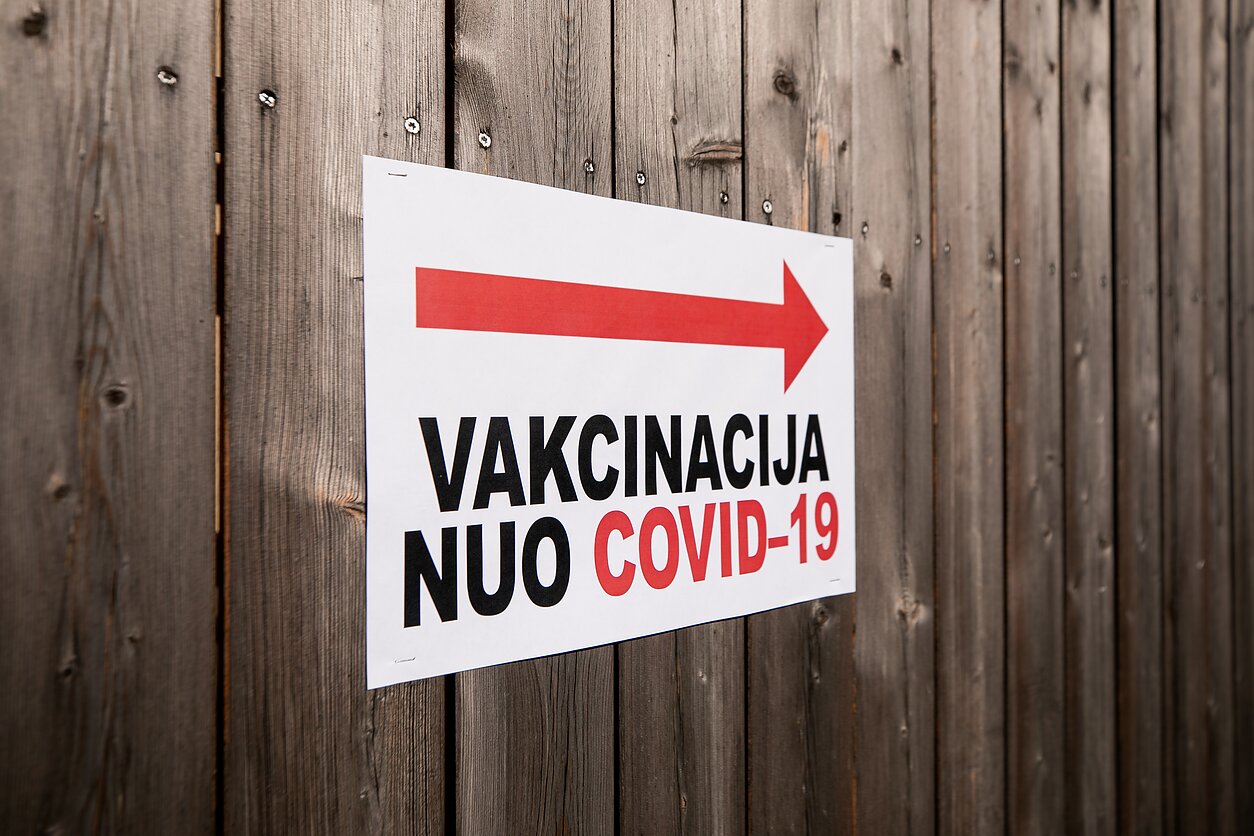 A sign pointing towards a vaccination centre
1 / 5D. Umbrasas/LRT 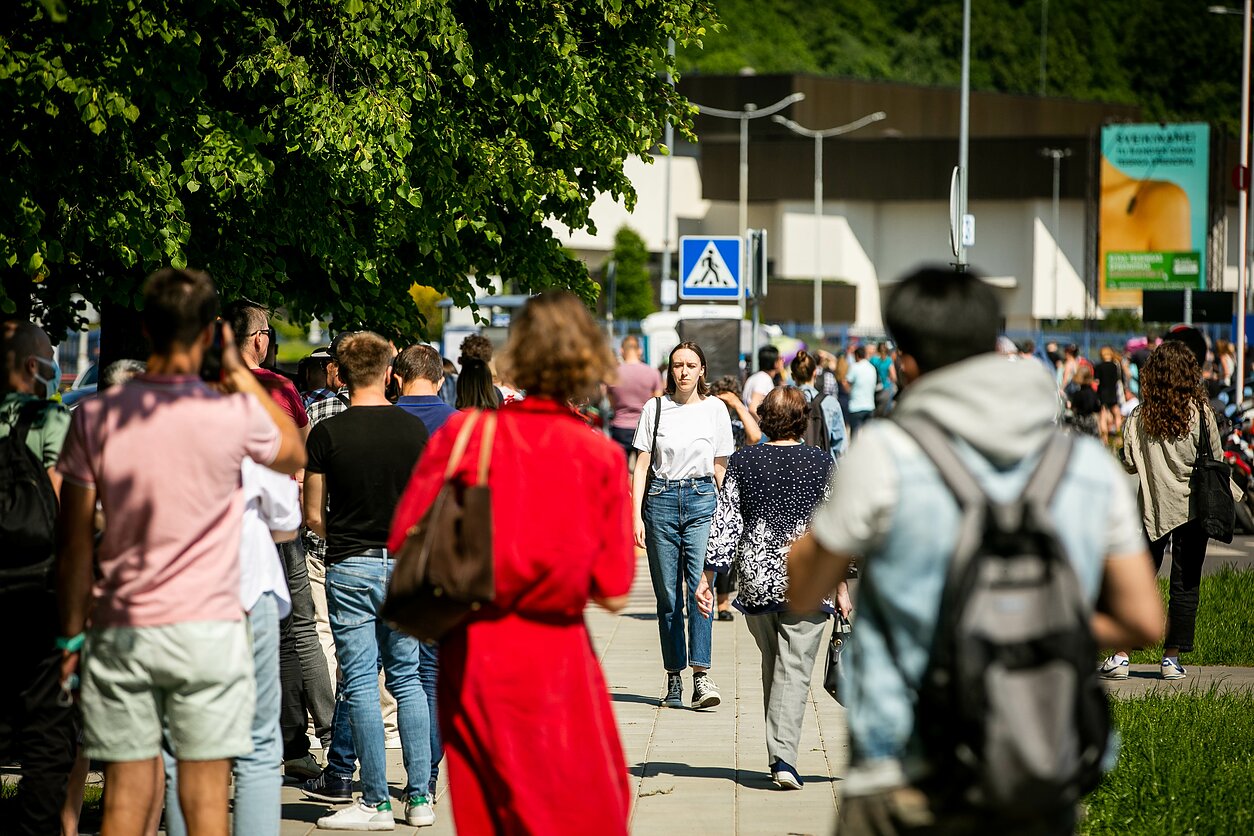 People queuing outside a vaccination centre in Vilnius
2 / 5E. Blaževič/LRT 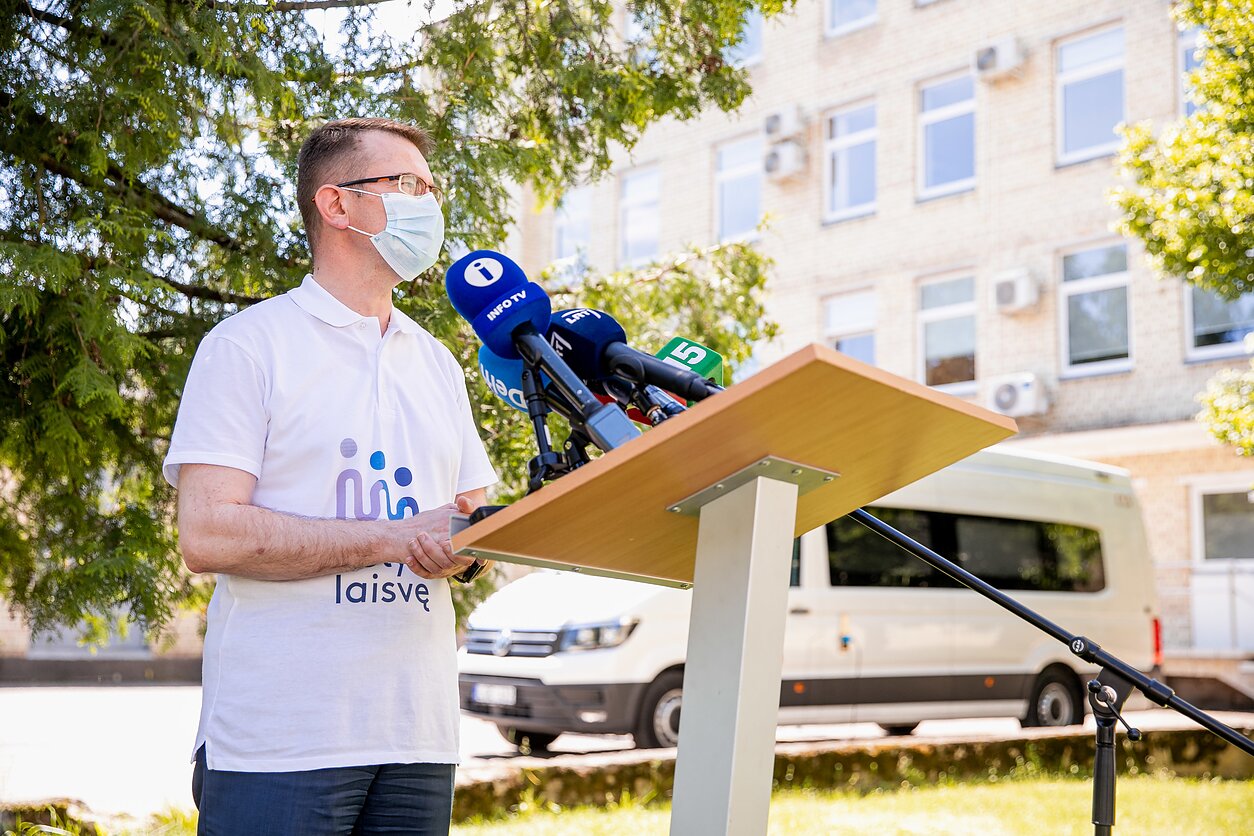 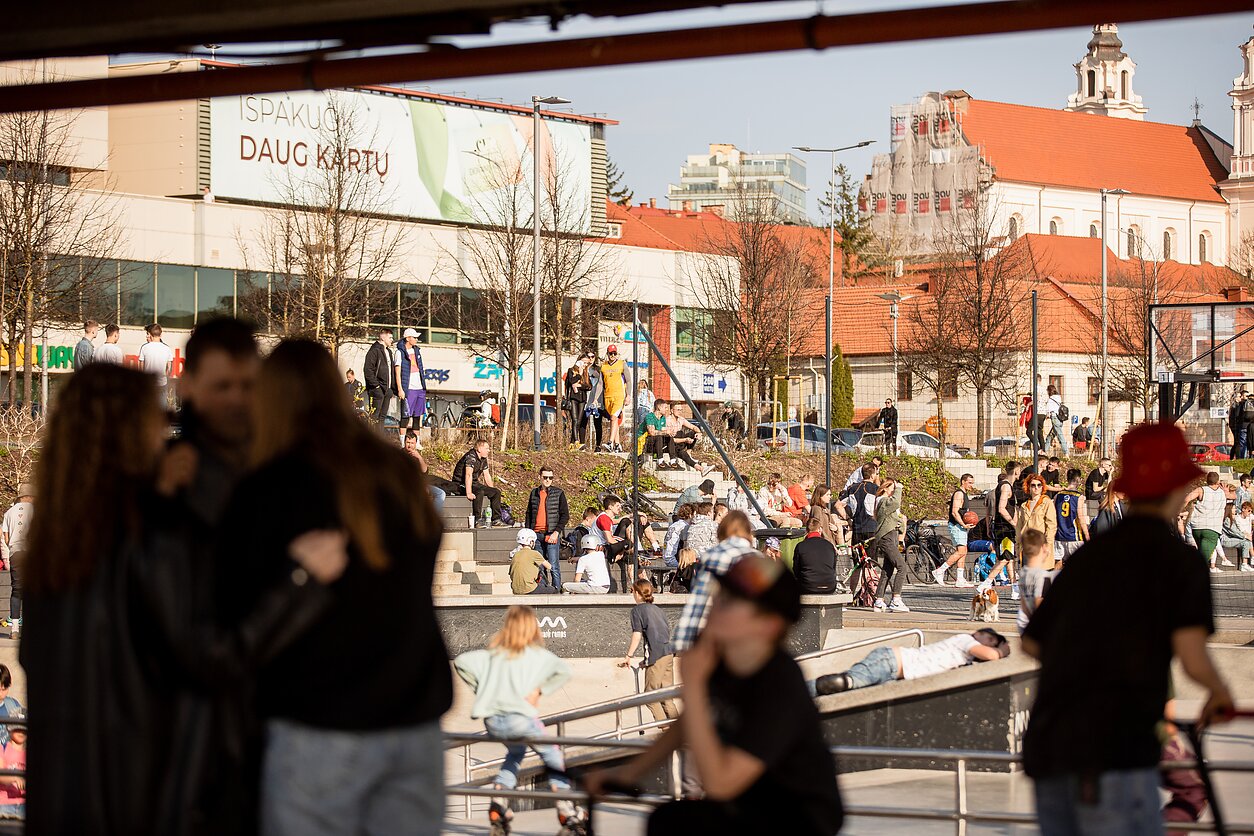 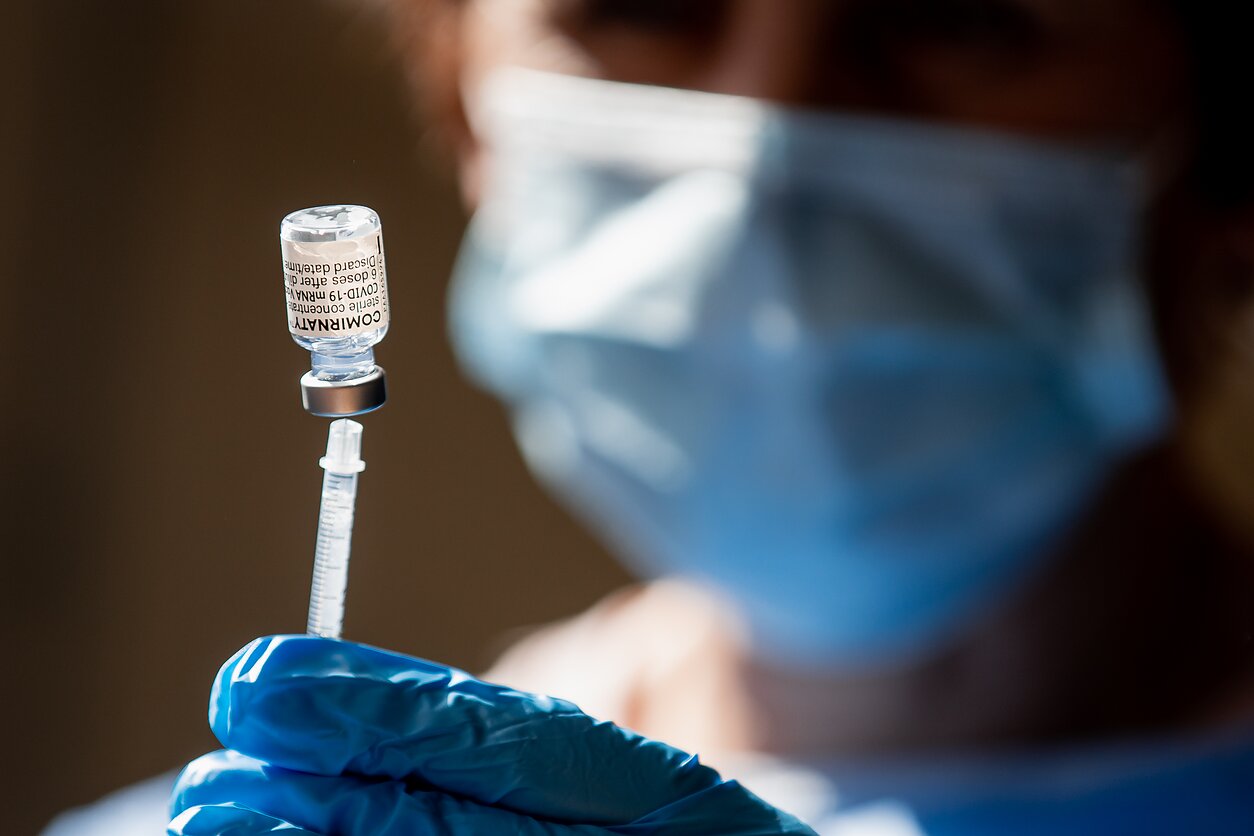