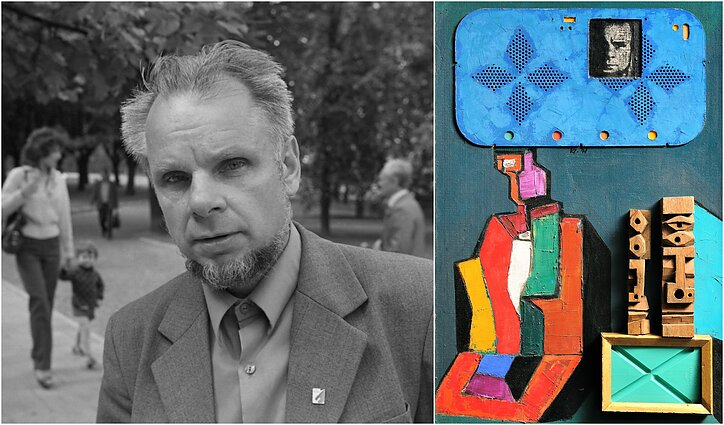 Vincas Kisarauskas and one of his paintings

Some artists are easy to define. Vincas Kisarauskas, however, defies easy categorisation.

He was a painter, a graphic artist, as well as a stage designer and an art critic.

In the Soviet era, Kisarauskas' pieces would seldom be accepted for exhibitions, except for small-format graphic works.

Without having to exhibit his paintings, he could paint what he wanted.

He was the first artist in Lithuania to combine painting, photography and various objects. That is, make assemblages.

Kisarauskas was also interested in classical motifs. He would often paint characters from Greek tragedies: angular, broken and maimed. It's how many artists felt in the Soviet era.

In Scared City, the gaze is caught by a female figure squeezed into metal armour. She may be trying to protect herself from external threats.

The painting conveys an atmosphere of fear experienced by Soviet people every day.

For his bold style and non-conformism Kisarauskas is considered one of the most important Lithuanian painters of the 1960s and 70s. 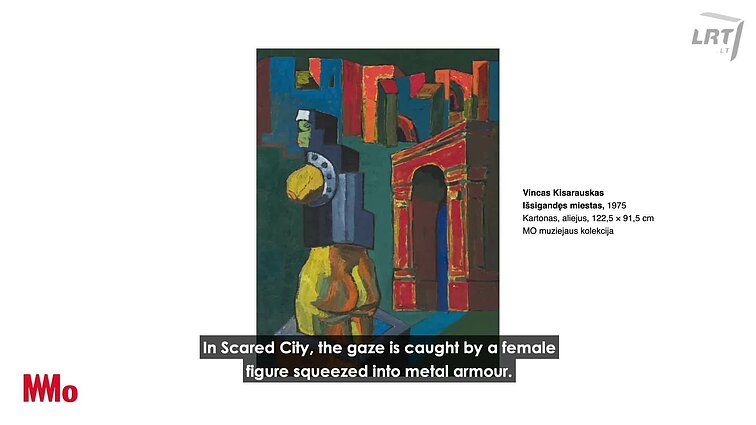 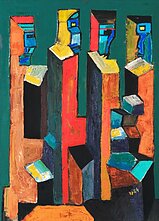 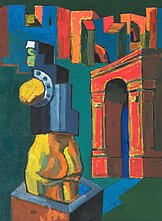 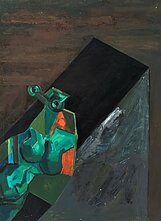 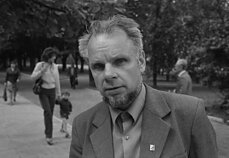 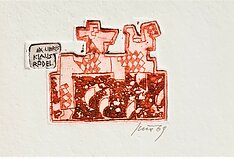 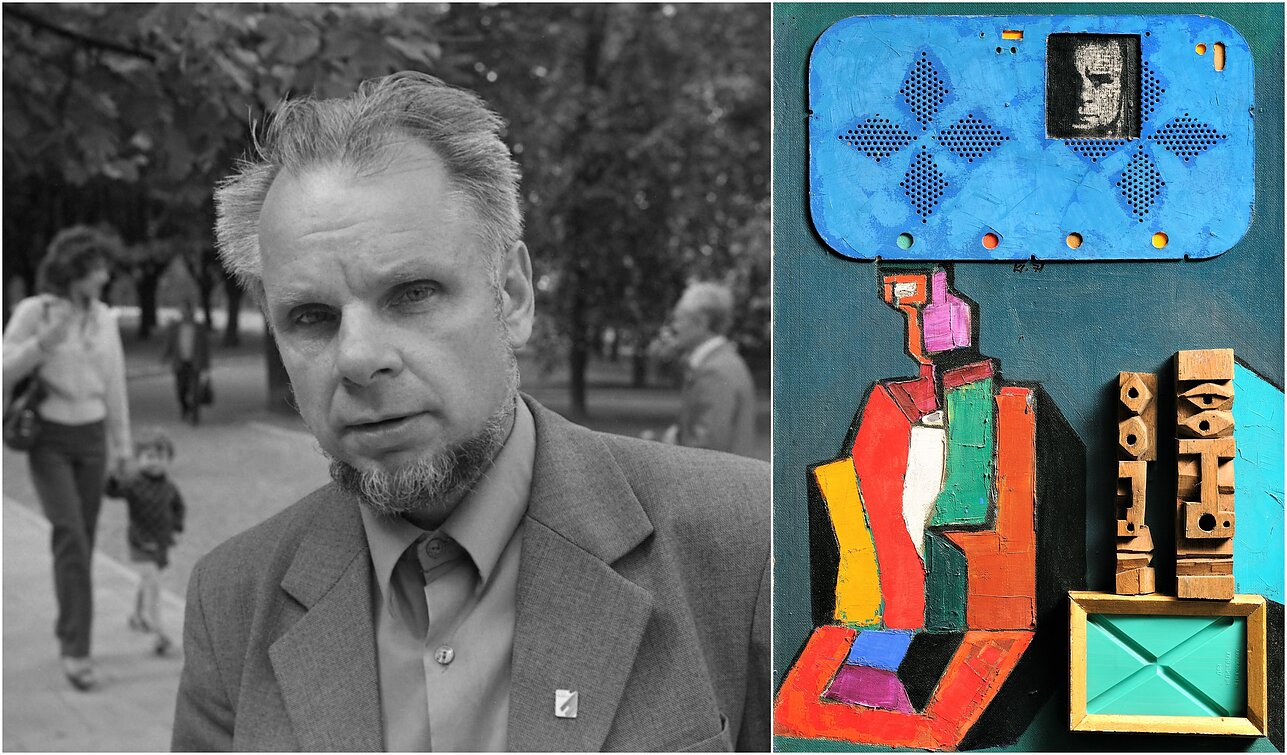 Vincas Kisarauskas and one of his paintings
1 / 9 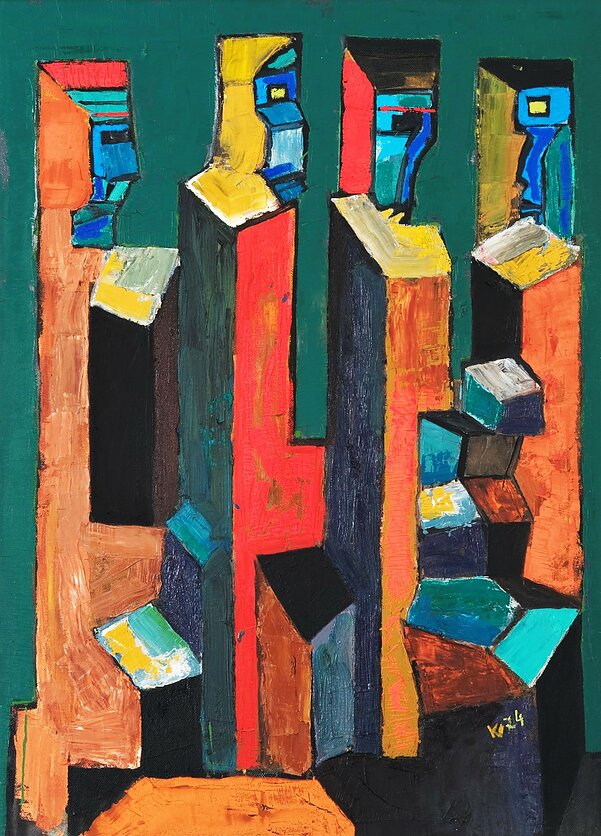 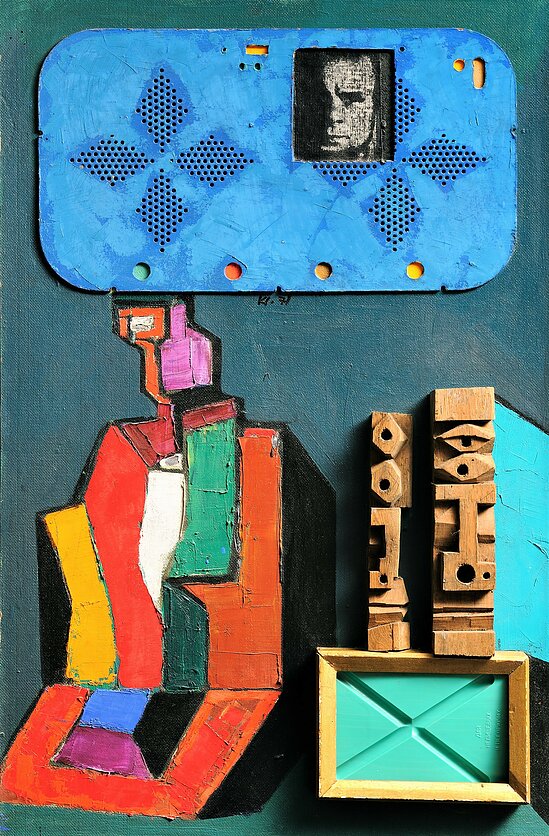 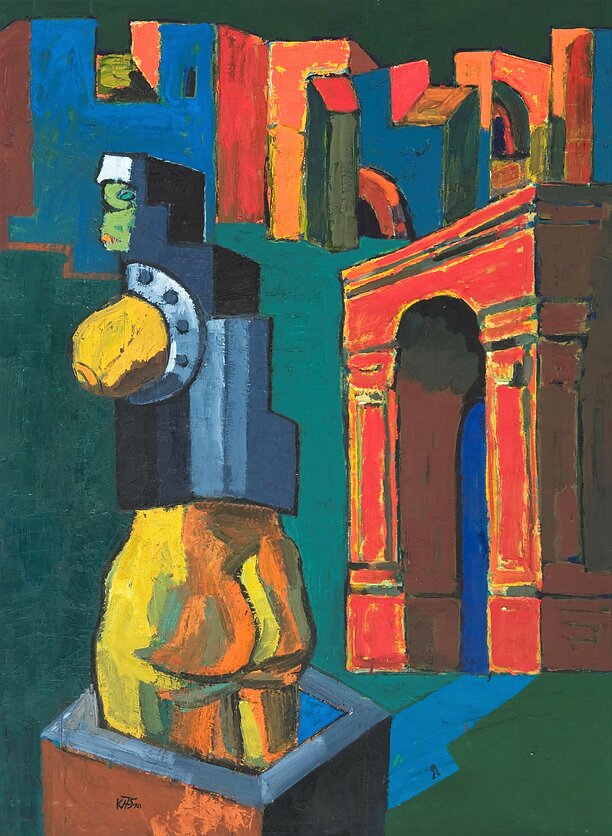 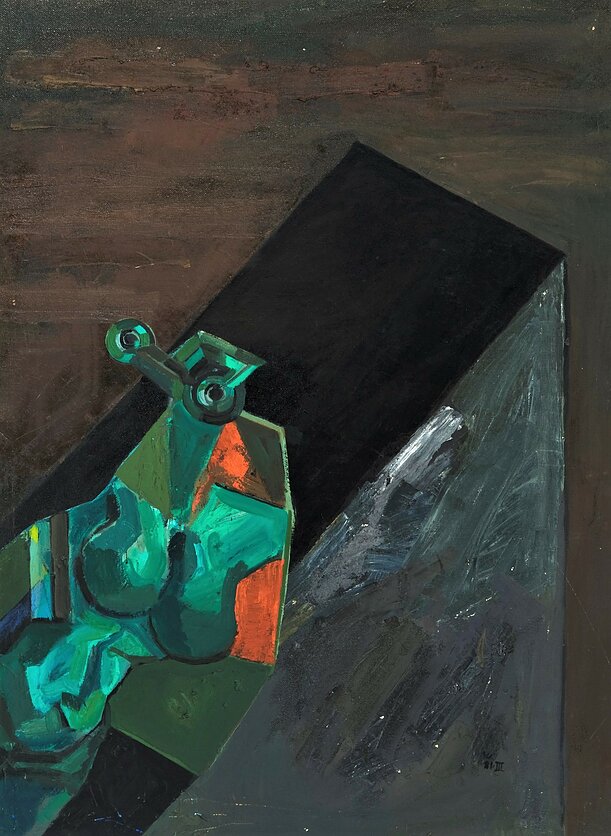 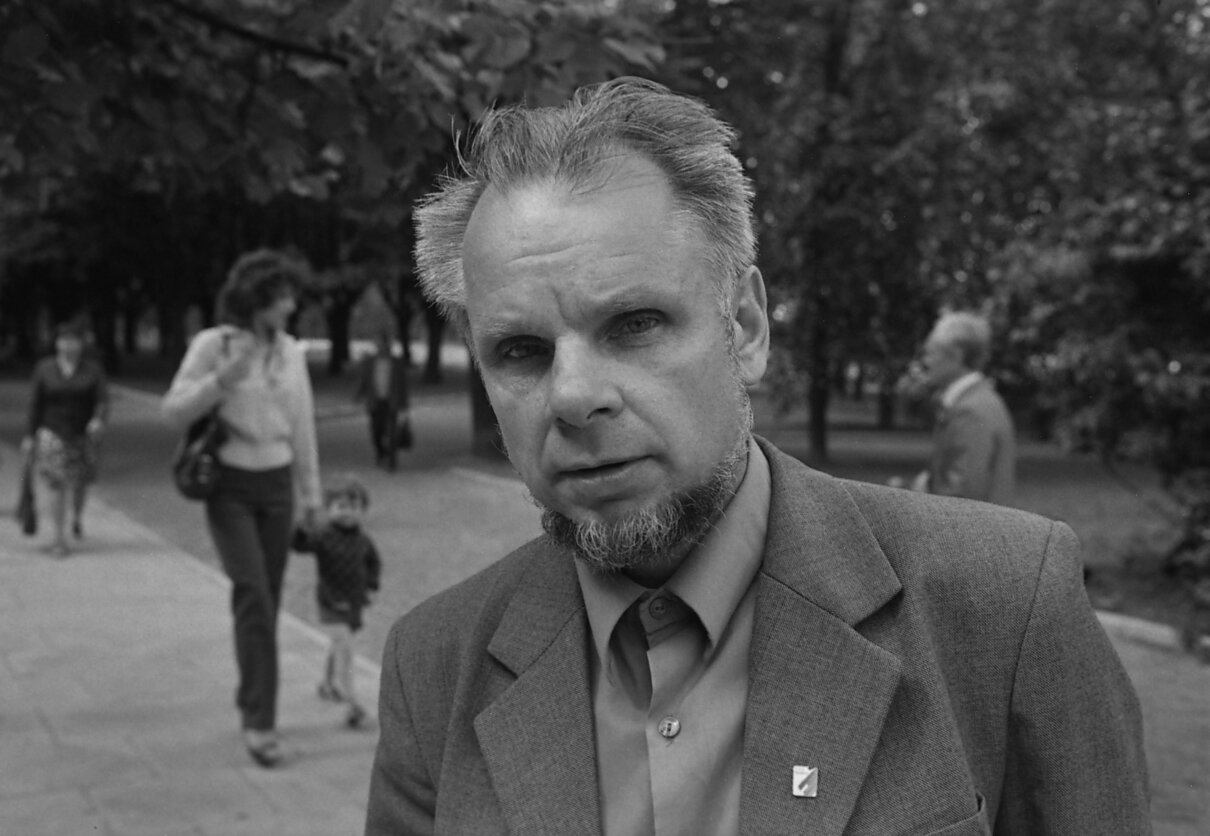 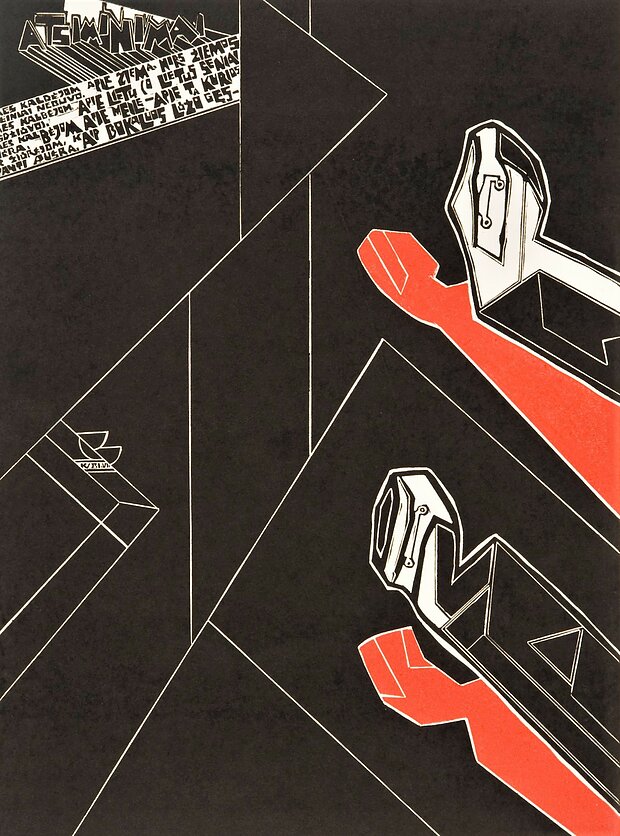 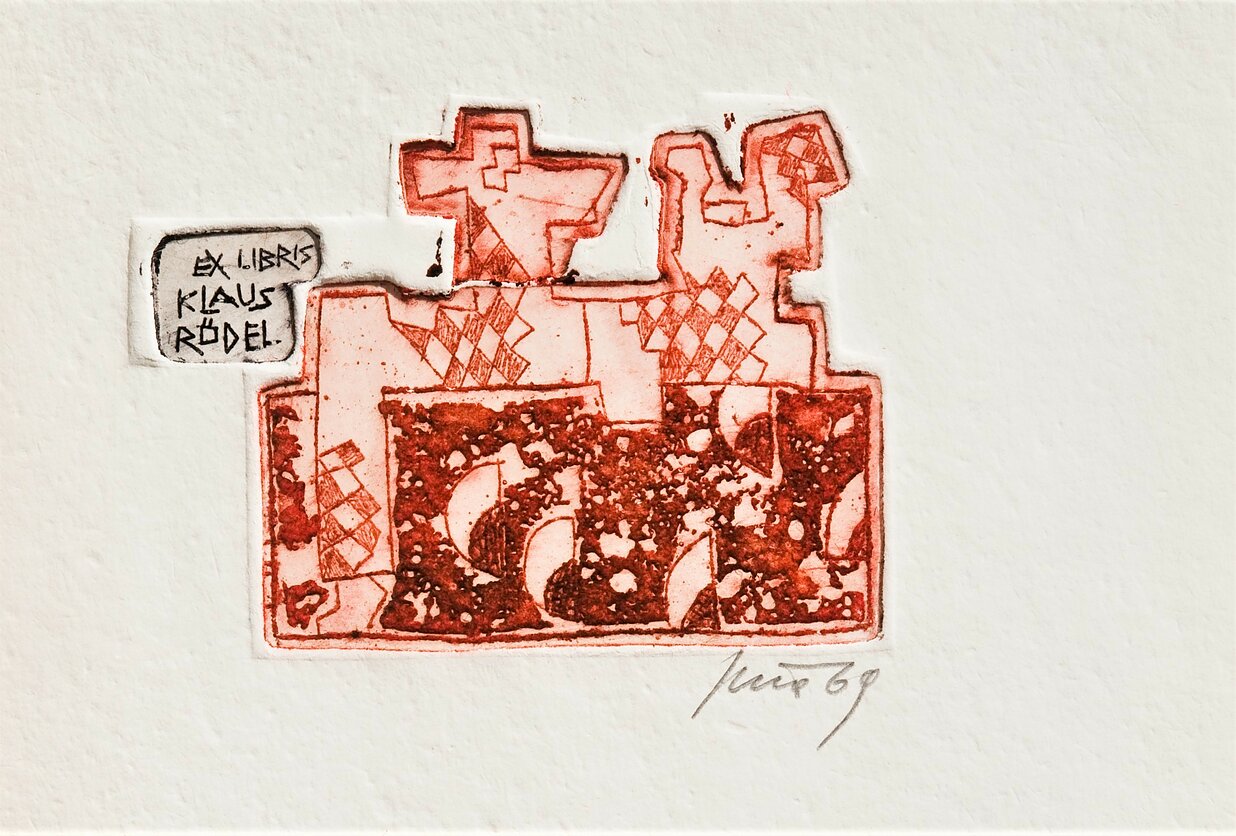 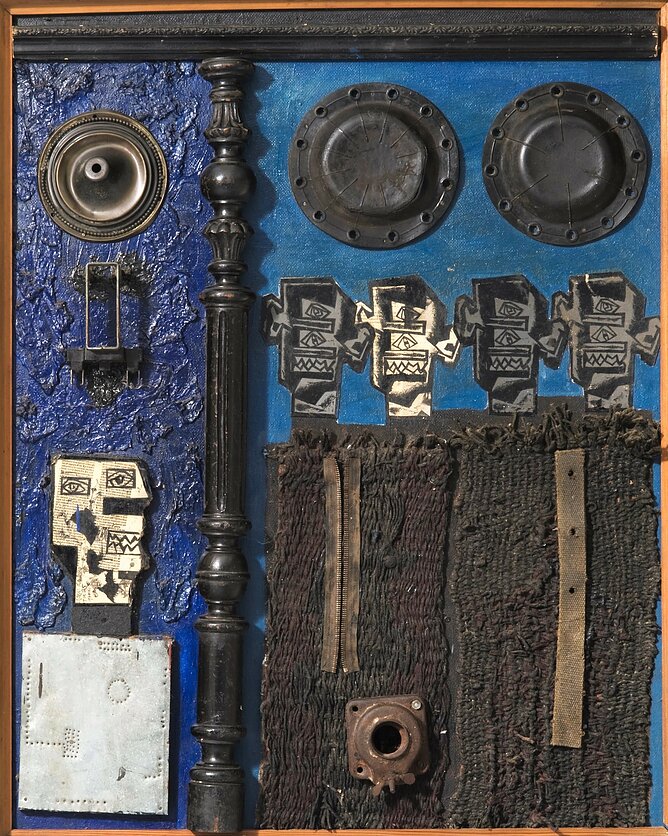