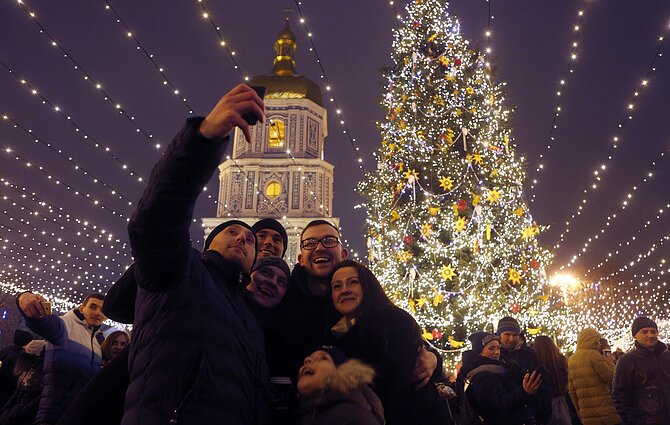 Every country in Europe has its own strange ways of celebrating Christmas, and it's no different in Lithuania's neck of the woods.

Christmas in Central and Eastern Europe is unsurprisingly centered around the Christian traditions of the continent. Although some countries might be more traditional in terms of religion than others, both in the case of a Catholic Christmas in December or an Orthodox Christmas in January, traditions associated with religion are the most common across the region.

However, this has not always been the case. During the more than 40 years of communist rule, people living in the countries of the former Eastern bloc were in large part forced to give up their Christian identity, which still has its mark on the region.

Here are a few of Central and Eastern Europe’s strangest Christmas traditions.

Poland is one of the most Christian nations in Europe, and this is reflected in how the country celebrates Christmas. Many Poles abstain from eating meat in the run up to Christmas and on Christmas Eve. They do eat fish, however, which is traditionally killed right before dinner, so for many Polish families, a fish – usually a carp – in their bathtub on December 24 should come as no surprise. It is the same with leaving an extra seat empty at the table in case an unexpected guest might show up. 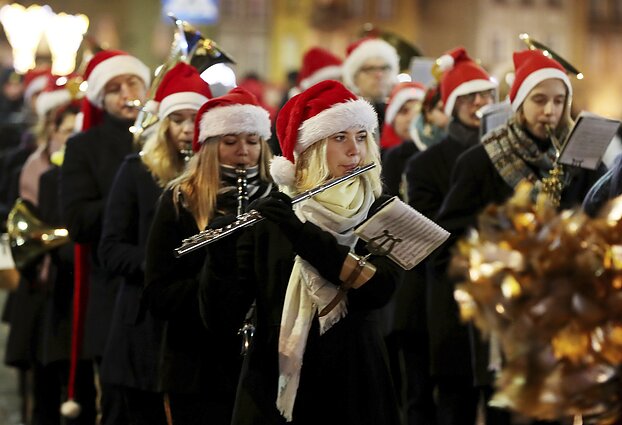 While Romanians, as a religious people, also practice fasting in the period ahead of Christmas, Romanian families throughout the countryside organise a pig slaughter to have a rich meal for the celebrations. As cruel as it sounds, the tradition of sacrificing the pig on St Ignatius Day (December 20) is a complex and important ceremony for many.

In the Czech Republic, presents are not brought by Santa Claus, but by the newborn Christ, who rings a bell to let the household know when the last one has been placed under the Christmas tree. In Czech tradition, a bowl of garlic has to be placed under the Christmas Eve dinner so that the family should be protected against all the evil spirits of the year about to pass.

Similar to many other countries in the region, Christmas presents are handed out twice in Hungary, as Santa Claus gives chocolates and fruits to well-behaved children on December 6 while the newborn Jesus brings Christmas gifts on December 24. 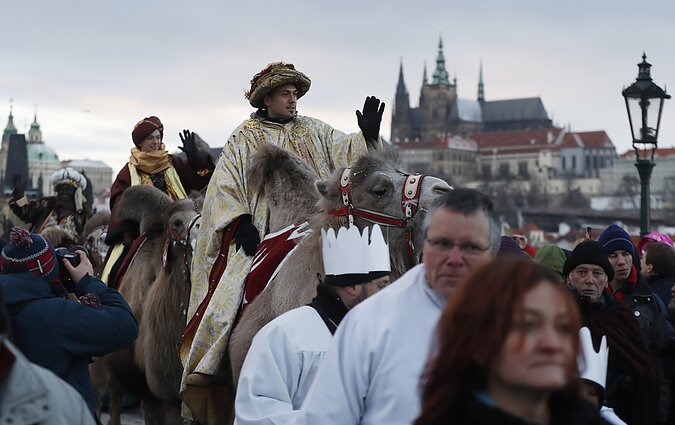 Procession of the Three Wise Men in Prague / AP

Chasing away evil spirits has a number of traditions attached to it in Hungary. In rural areas, the heads of families used to go out to the garden and fire guns into the air. A less present tradition in rural Hungary was that on December 28, which is the Feast of the Holy Innocents, children were sent to their neighbours to be beaten with a twig or small rod, something they believed would make children healthy in the New Year.

Due to Soviet influence, New Year’s Eve has become a the most awaited holiday in Belarus, although Christmas has to a certain extent regained some of its importance after the collapse of the USSR. On Christmas Eve, 12 non-meat dishes are served at the family table, remembering the 12 apostles of Jesus Christ.

In Moldova, Christmas is marked by a great religious divide between the followers of the Orthodox Church of Bessarabia, which celebrates Christmas on December 25 and the Russian-influenced Moldovan Orthodox Church, whose followers celebrate on January 7, leaving the countries with a Christmas period of three weeks, two Christmases and two New Year’s Eves. 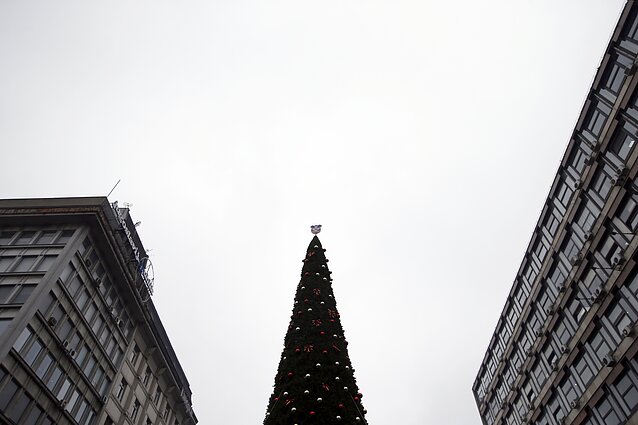 The Soviet push against religion was so strong in Moldova that many locals still call the Christmas tree the New Year tree.

And speaking of trees, in Georgia there is the chichilaki, made from dried hazelnut or walnut branches shaved to form a small coniferous tree. Chichilakis are usually decorated with small fruits and berries. On the evening before the Georgian Orthodox Epiphany on January 19, they are ceremonially burnt so that all troubles from the previous year are chased away.

In Ukraine, the traditional centerpiece of the household is didukh, a sheaf of wheat that translates into “grandfather’s spirit” and is meant to symbolise the staff of life. One should also be not surprised when children at a traditional Christmas dinner start mooing or barking when kutya, a traditional meal of the 12 served on Christmas Eve is brought to the table as children try to bring in the spirit of the good harvest into the household. 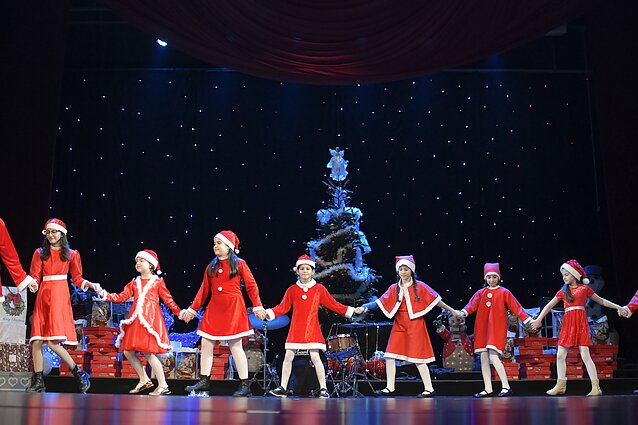 Serbia’s Orthodox Christmas also involves a tree: each Christmas Eve, a young oak tree is brought into the houses of Serbian families. A part of the tree called badnjak is burnt in the garden, accompanied by prayers and wishes for the health of the family in the year to come.

Christmas Eve in Bulgaria does not end with a traditional dinner. At midnight, the Koleduvane, the Bulgarian version of carolling, starts in which only young and single men can take part.

One Slovakian tradition is a bit different: young Slovak women lob their shoes over their shoulders, bidding to predict whether they will be married in the following year. If the toe points to the Christmas bell on the door, a marriage will be celebrated in the new year. 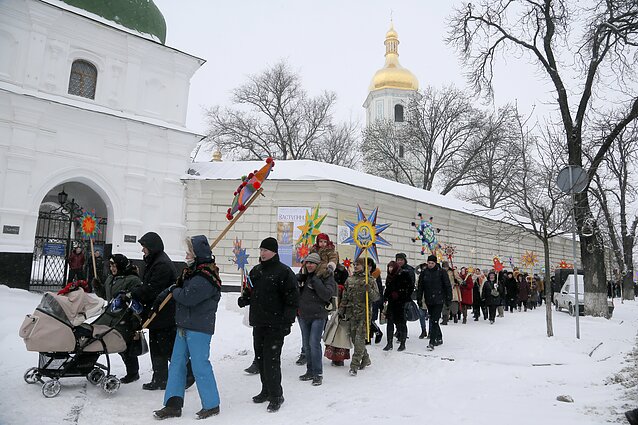 Looking at a Baltic Christmas, Estonia tries to leave behind the classic Christmas argument of who should be washing the dishes after dinner on Christmas Eve since tradition says that leftover food must remain on the table overnight in the hope that the spirits of a family’s loved ones who have already passed away will make a Christmas visit and, of course, will have something to eat.

In Lithuania, there are at least 100 Christmas dishes families can choose from with none of them being made of meat since many in the country still hold fast until Christmas Day.

Legend in Lithuania has it that on Christmas Eve, animals can speak to children, but only at midnight and if they do, they will tell children what the future holds for them. And this happens only to the luckiest children since it’s the animals who choose if they want to talk or not.

Finally, Latvia’s Christmas celebrations have long been merged with the country’s pagan traditions. Being named after Yule, the sun god in pagan Latvian culture, yule logs are dragged and then burnt to destroy the bad events of the passing year. 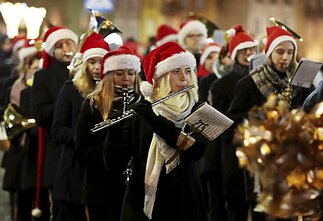 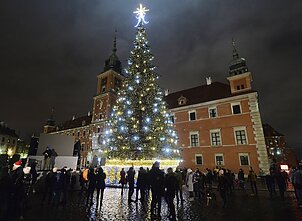 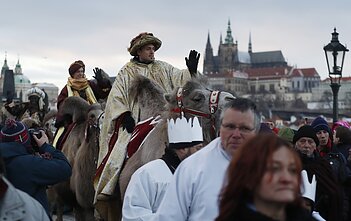 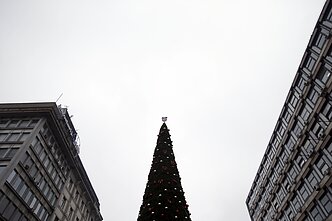 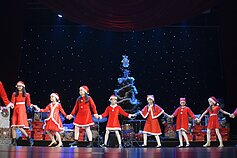 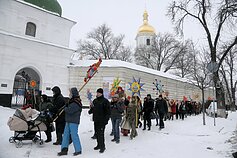 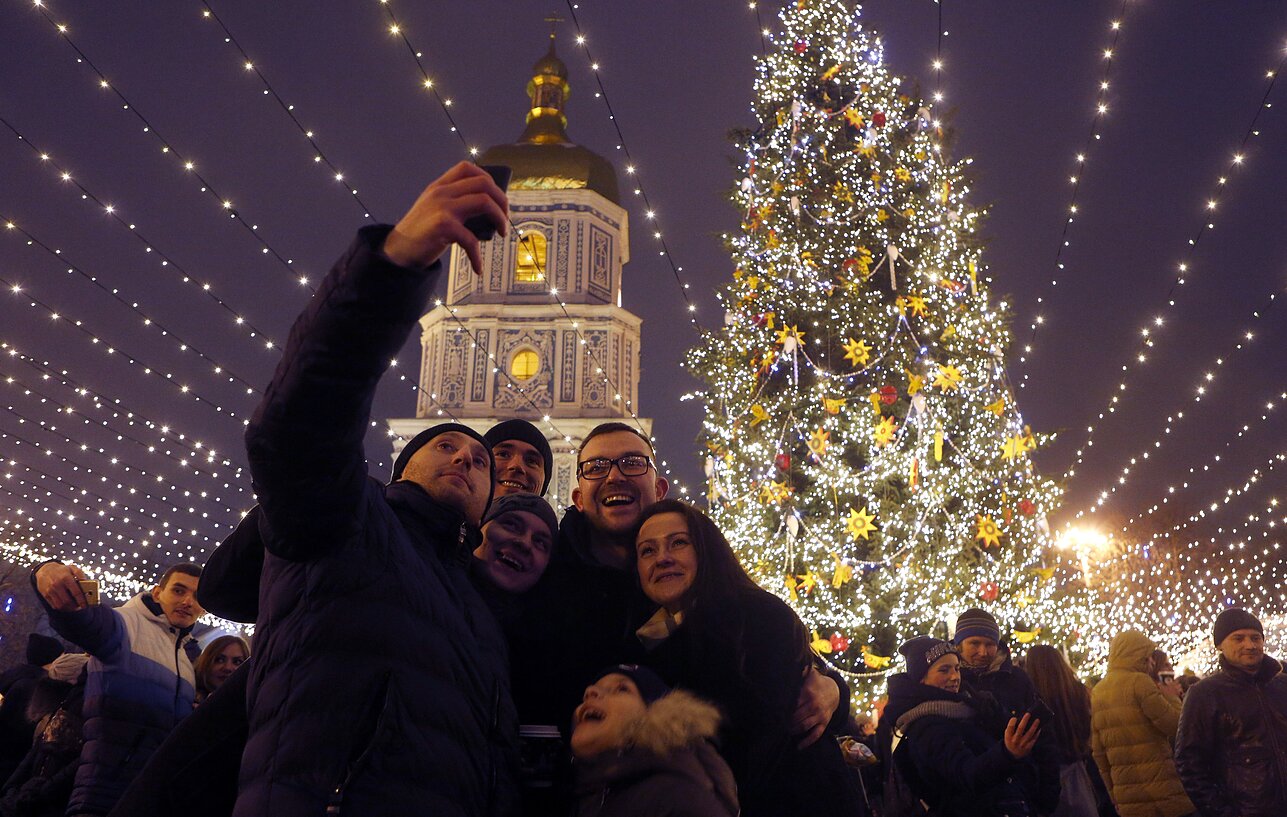 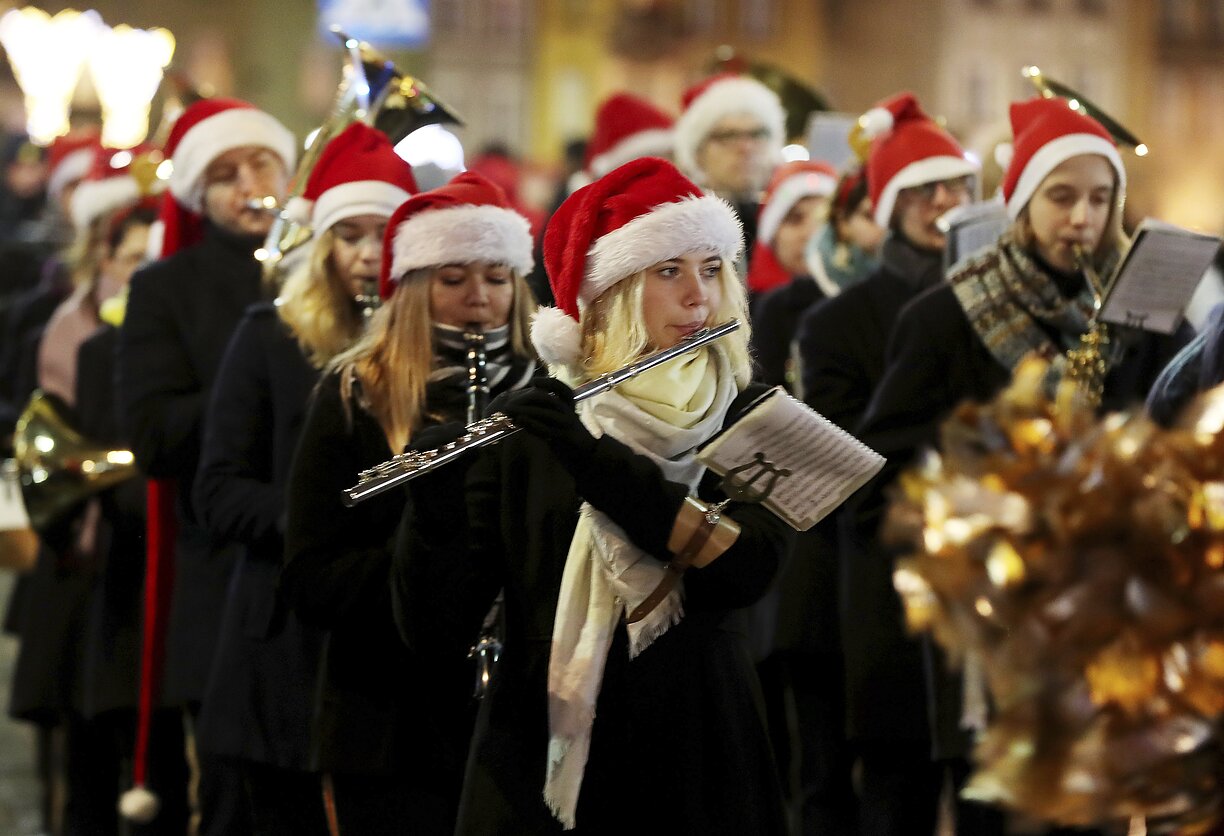 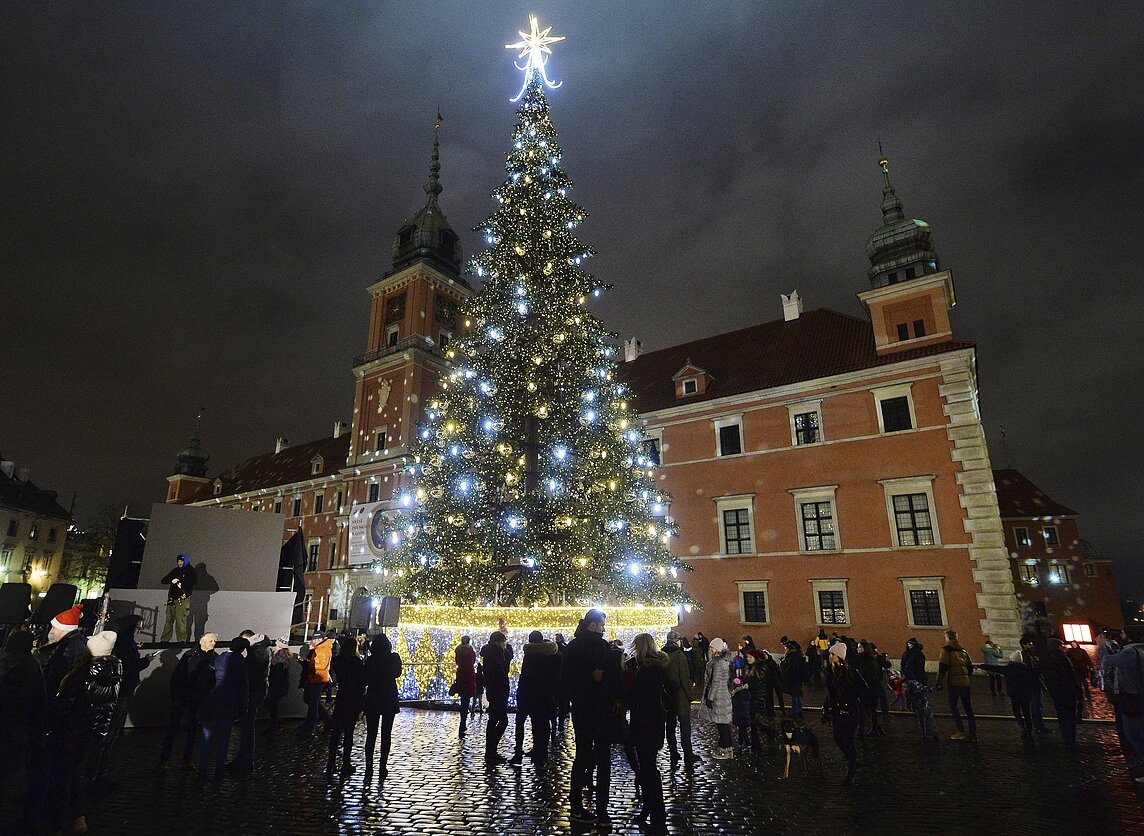 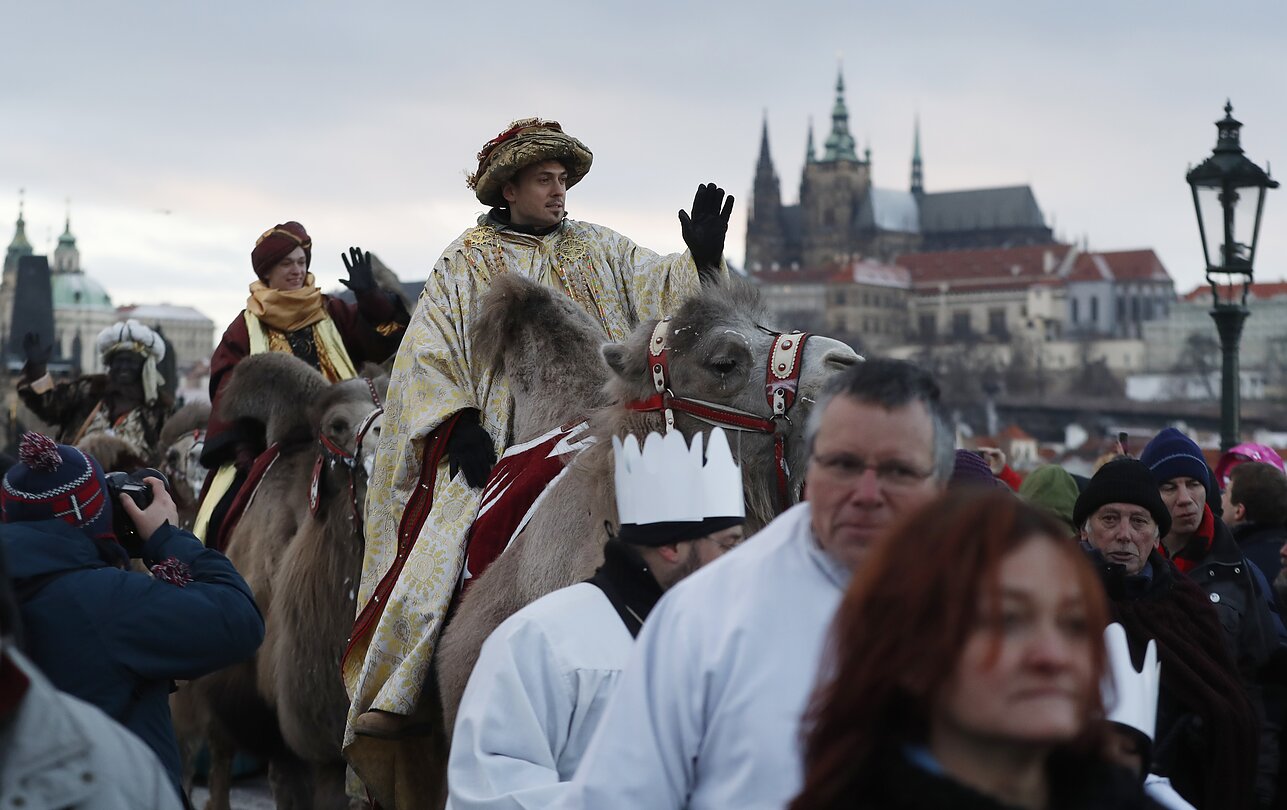 Procession of the Three Wise Men in Prague
4 / 7AP 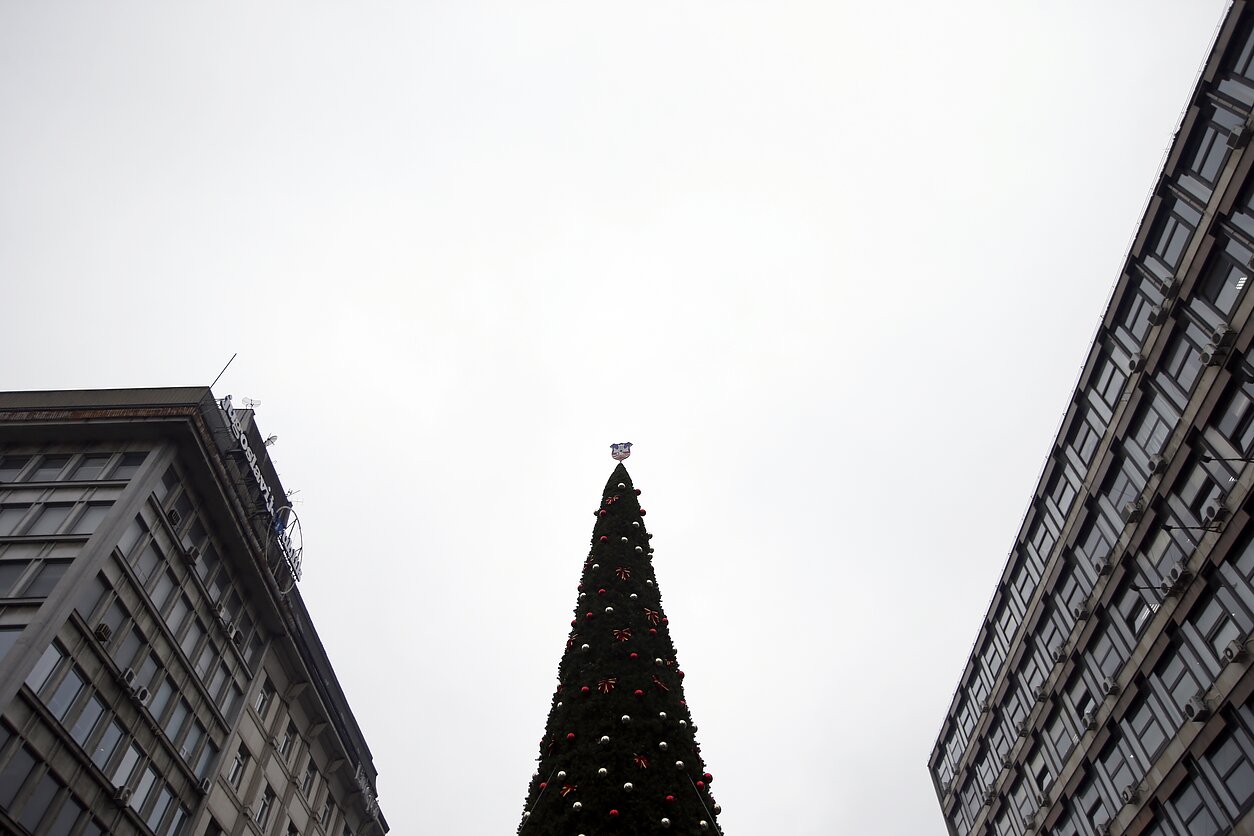 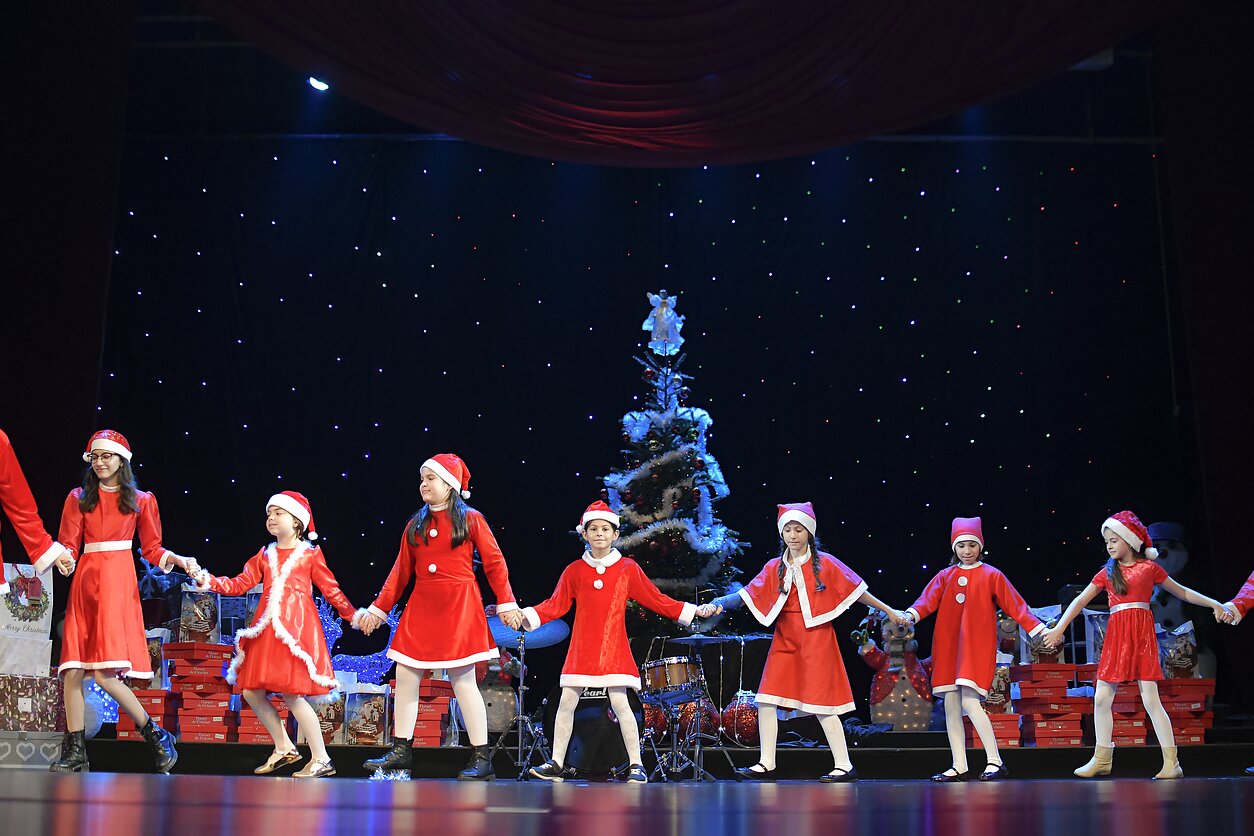 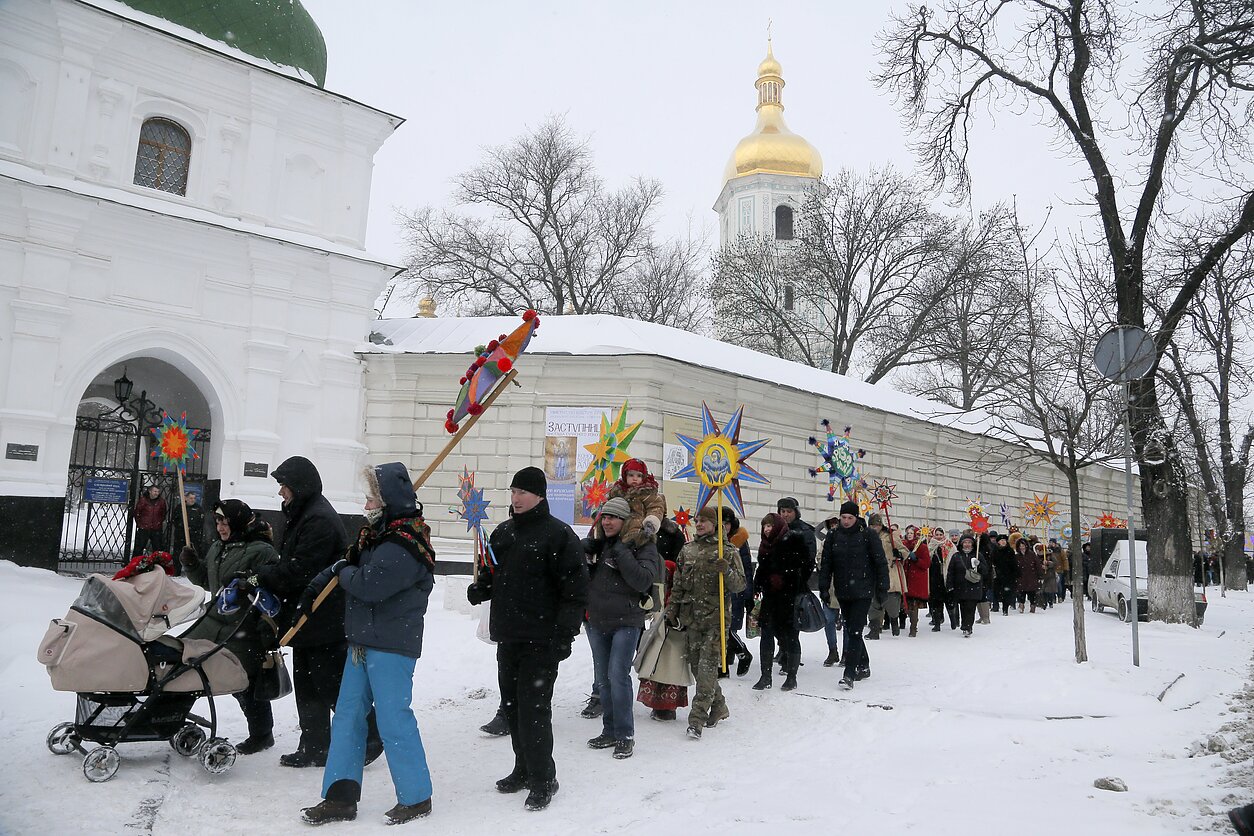