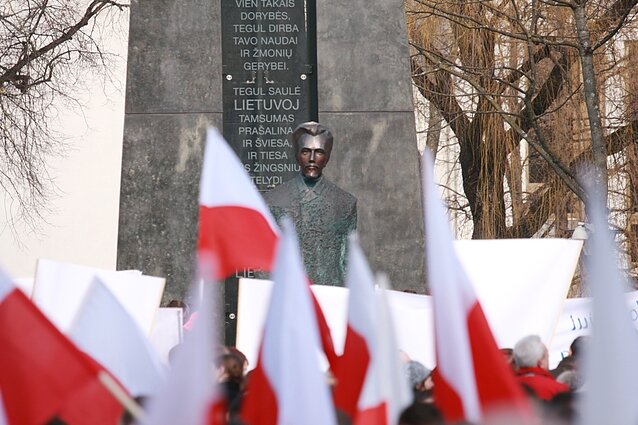 "These include [improving] learning conditions for ethnic Lithuanian students in Poland and ethnic Polish students in Lithuania, providing national minorities' schools with textbooks in their native languages," Barbara Stankevič, the minister's spokeswoman, told BNS in a comment.

As Lithuania pivots towards improving relations with Poland, minority issues remain a key obstacle. The Polish community in Lithuania has been pressing the government, among other things, to allow the original spelling of their names in passports. Whereas the Lithuanian schools and nurseries in Poland have previously complained of red tape against teaching in their native language.

The two ministers plan to sign a declaration on the education of Poles living in Lithuania and Lithuanians living in Poland.