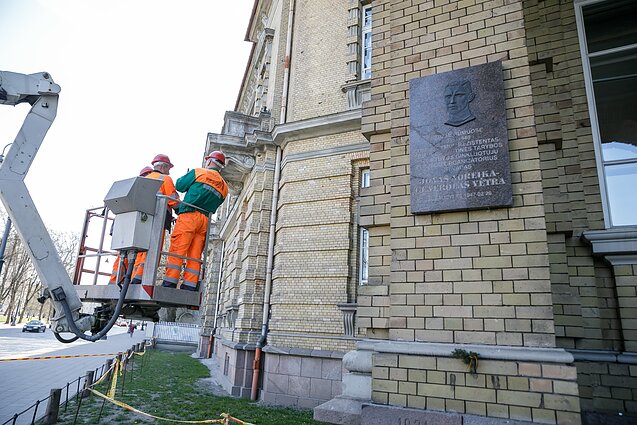 A memorial plaque for Jonas Noreika was removed from a building in central Vilnius last week / E. Genys / LRT

The president pointed out that the International Commission for the Evaluation of the Crimes of the Nazi and Soviet Occupation Regimes in Lithuania is doing its work, but that alone is not enough for “a constructive solution of the problem”. The discussions need to involve more institutions and experts to formulate the principles and regulations for a national memory policy, according to the president.

“While the preparation of such principles continues, I am calling for a moratorium on erasing historic memory. Meanwhile more attention should be put on the presentation of the historic context for people to be able to form an objective opinion, assessing different attitudes, and not for politicians to decide what is worth commemorating, and what is worth erasing,” Nausėda said in a statement released by his press service.

In his words, responsible people should follow the new regulation when making decisions on commemorating historic events. The president is inviting more historians, political scientists and cultural heritage specialists to be involved in discussions on various personalities and their commemoration. 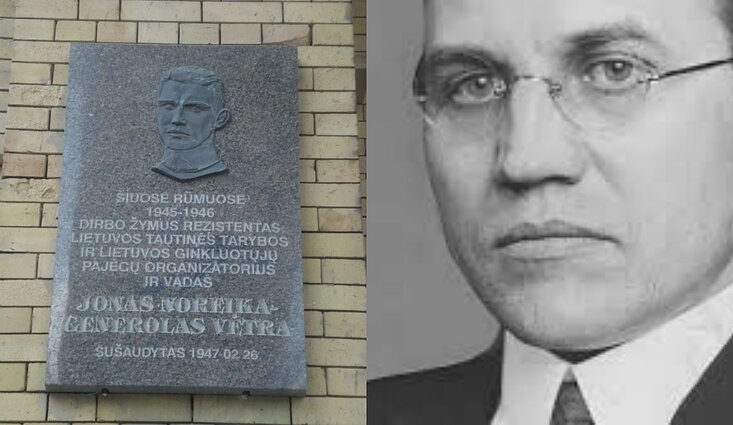 Vilnius Mayor Remigijus Šimašius said it was done after taking into account the fact that Noreika approved the Nazi administration's decisions to establish a Jewish ghetto and seize their property.

Both decisions were met with both support and backlash.

Critics have for some time demanded the removal of the plaque honoring Noreika who, as head of Šiauliai County during the Nazi occupation period, signed documents on the establishment of a Jewish ghetto and on arrangements regarding Jewish property.

Noreika's defenders, however, highlighted his involvement in the anti-Soviet resistance in Lithuania and also point to the fact that he was later involved in anti-Nazi activities during the war.

The Genocide and Resistance Research Centre of Lithuania drafted a report on Škirpa which states that he made a significant contribution to the anti-Soviet resistance. But it also added that his activity in 1940-1941 had “signs of anti-Semitism”. 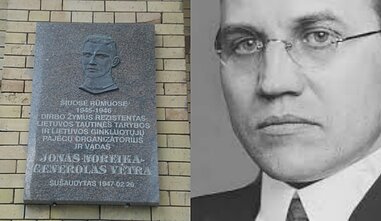