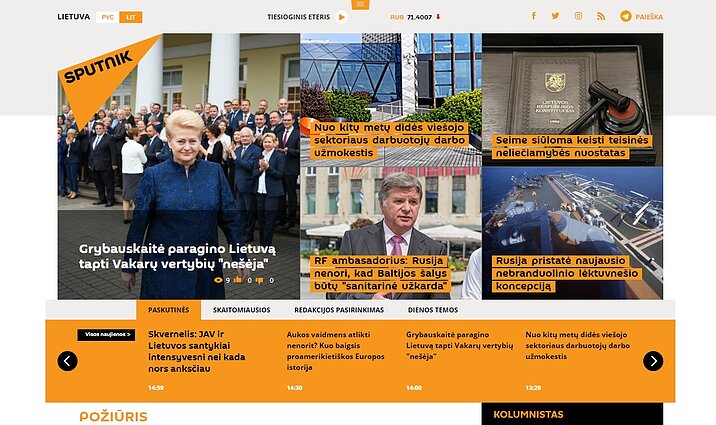 Lithuania's media watchdog, the Radio and Television Commission of Lithuania (LRTK), has on Wednesday decided to block Russian news agency Sputnik in Lithuania over copyright infringement.

The LRTK will now ask the court for the internet providers to block access to the Sputniknews.lt website.

According to the watchdog, Sputnik has published almost 1,500 LRT.lt articles on its websites without the consent of the Lithuanian public broadcaster.

"The website administration has failed to take action and remove the published copyright-protected contents," LRTK chairman Mantas Martišius said during a meeting on Wednesday.

The watchdog's representatives say the decision is not related to Sputniks' contents, however, Lithuanian intelligence has previously said the website is one of Russia's instruments in the country.

According to Lithuanian intelligence, the website is used to expand Russian influence on Lithuania's information space, spread anti-Western moods and form a public opinion favourable to the Kremlin. 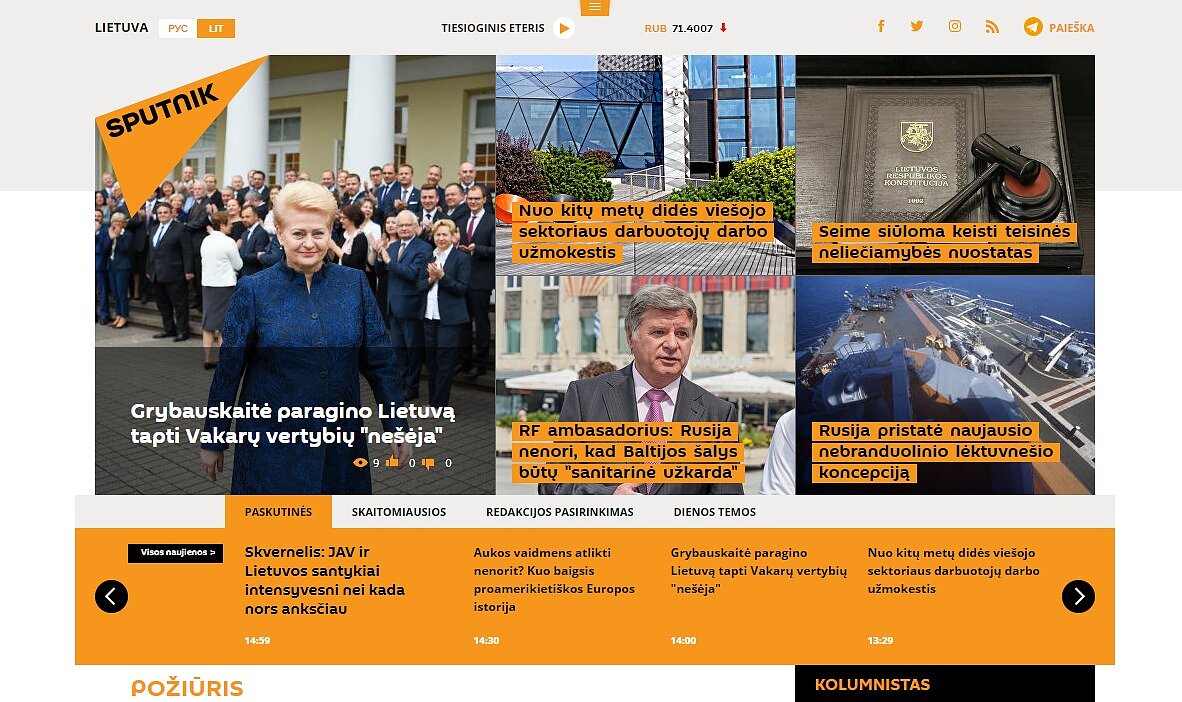