Britain to step up deployments in the Baltics, shifting resources to the region 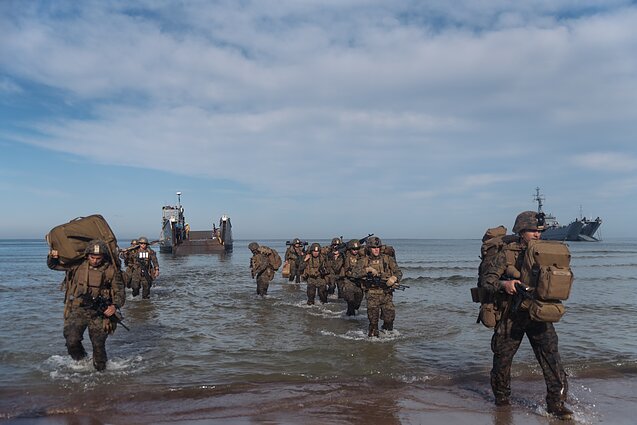 US marines land on a beach in Lithuania during BALTOPS drills earlier this month. British marines took part in the exercises as part of the Joint Expeditionary Force (JEG), led by the UK / Benas Gerdžiūnas/LRT

The United Kingdom is considering bolstering its military capability in the Baltic states to deter Russia, British State Secretary of Defense Penny Mordaunt said in the Lithuanian port of Klaipėda on Friday.

After observing Britain's largest military exercise in the Baltic states over a century, she said allies stand ready in the face of a more aggressive Russia.

"We are showing that we are aligned and that we are ready. Russia is becoming more assertive, we see it deploying more forces and new weapons, and we can imagine scenarios that may play out in the future," Mordaunt told a press conference.

In her words, the UK-led JEF is stepping up its preparation for various missions.

"What we have seen in this exercise is the largest Royal Navy deployment in the Baltic Sea for more than a hundred years", Mordaunt said. "That gives us an adaptable force, the ability to deploy more than 10,000 people on the whole variety of missions, independently or as part of NATO operations."

In Lithuania's western port of Klaipėda on Friday, Mordaunt met with the defense ministers and chiefs of defense from the nine partner nations of the UK-led Joint Expeditionary Force (JEF).

JEF has been holding a military exercise in the Baltic Sea since May, involving 3,000 troops and 17 ships. The United Kingdom is also leading an international NATO battalion in Estonia and has deployed around 900 troops in this country.

"We are looking to do more, one of the issues we have been discussing in our meetings today has been the forward rhythm of what we are doing - the exercises, but also those regular patrolling and what assets we are going link to those," Mordaunt said.

"We want to do more through initiatives like the JEF, but also other things that we are doing across the whole of the British government in other departments, as well to build security and resilience in the Baltic states and the region," the British state secretary of defense said. 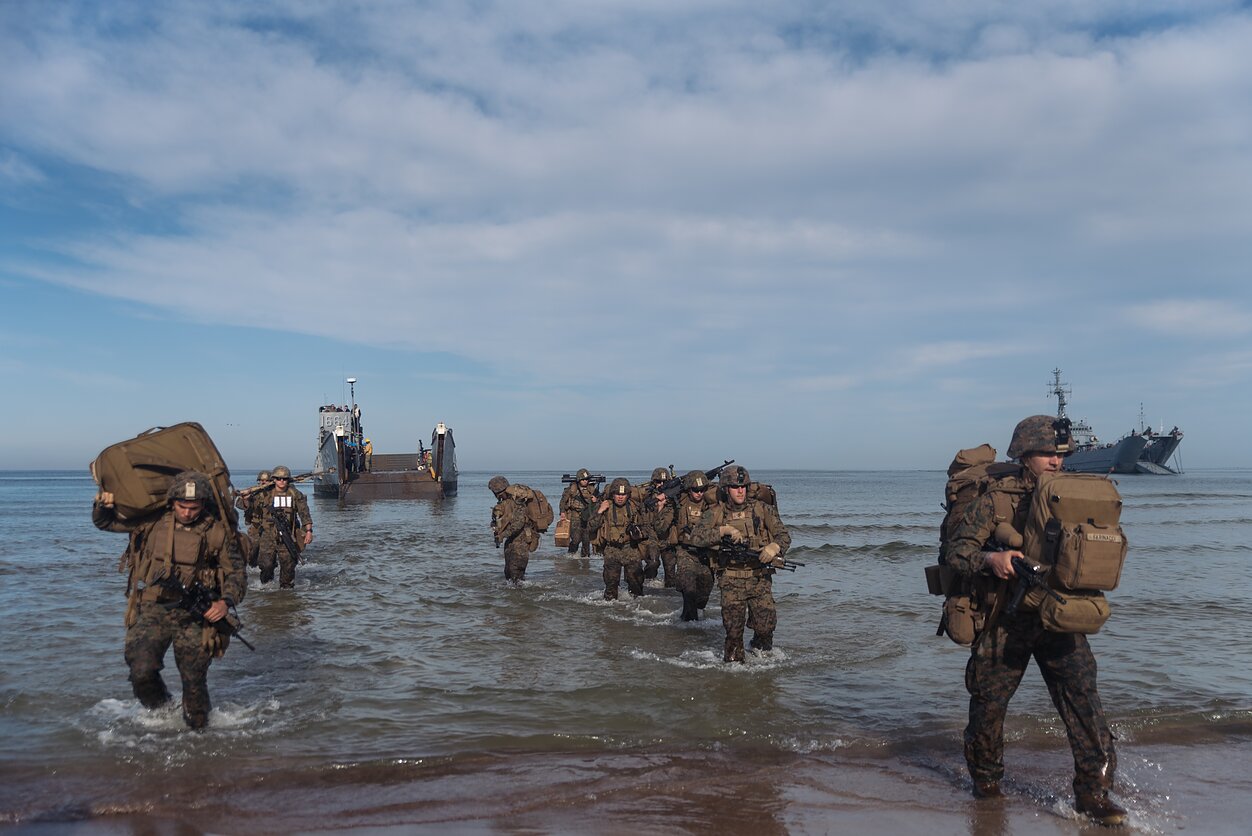 US marines land on a beach in Lithuania during BALTOPS drills earlier this month. British marines took part in the exercises as part of the Joint Expeditionary Force (JEG), led by the UK
1 / 1Benas Gerdžiūnas/LRT

Britain to step up deployments in the Baltics, shifting resources to the region