Will Lithuanian population shrink by half in the next century? 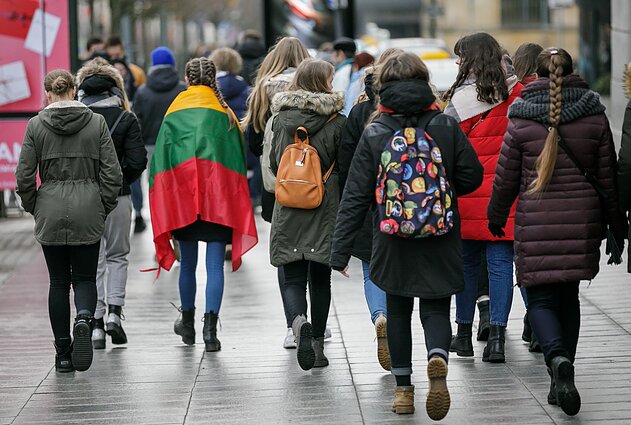 Lithuania has been suffering from very low birth rates over the last decades / E. Genys / LRT

While the global population continues to grow and strain the Earth's resources, Lithuanians were shocked by the UN's estimates that their numbers may half in the coming century.

The United Nations recently published its estimates for the world population growth in the 21st century. While the overall number of people on Earth is expected to reach 11 billion, the UN sees Lithuania's population contracting 46 percent by the end of the century, to 1.5 million people.

There are now 2.79 million people living in Lithuania, but the UN estimates the number will fall to 2.5 million within a decade and to 2 million by around 2060.

If the forecast proves correct, it may spell massive economic and social problems for the country, experts say, but this doomsday scenario may be unreasonably pessimistic.

Read more: Lithuania's population to shrink to 1.5m by the end of the century – UN estimate

Professor Boguslavas Gruževskis of Vilnius University is sceptical about the UN predictions for Lithuania, saying they extrapolate from data until 2017. The last few years, he says, saw emigration from Lithuania slow down significantly and even reverse in the last couple of months.

“Had emigration stayed at the level of the decade before 2017, then the [UN] figures would be accurate. But we see that in 2018 and 2019, more people arrived in the country than left,” Gruževskis tells LRT.lt.

He adds that one estimate from late 2018 even foresees Lithuania's population growing to 3 million by 2050.

Most likely, Gruževskis says, Lithuania's population will shrink a little more, but not as much as the UN predicts.

“In 2050, there will definitely be 2 million people. Granted, there might be a decline, but what is important at the moment is to invest into the social sphere,” he says. The country's economy has much potential and if incomes continue to grow, more expatriates will return to Lithuania, he believes.

Encouraging immigration from outside the European Union is one of the measures that the country could pursue to stabilise the population, Gruževskis suggests. Attracting workers from the EU would be more difficult due to relatively low pay, he notes.

The important thing, Gruževskis adds, is that businesses refocus on high-added-value production rather than compete on low costs.

“If we remain in the same paradigm we are in now, dominated by low-added-value jobs, we will only deepen our problems. We need migrants, but not to work for minimum pay, struggle to make ends meet and live in 10-bed bunkers,” Gruževskis insists. “We need people to service high-tech industries, raise the country's competitiveness and quality of life.”

The age structure of Lithuania's population is a more worrying aspect than the overall size, according to professor Vlada Stankūnienė of Vytautas Magnus University. 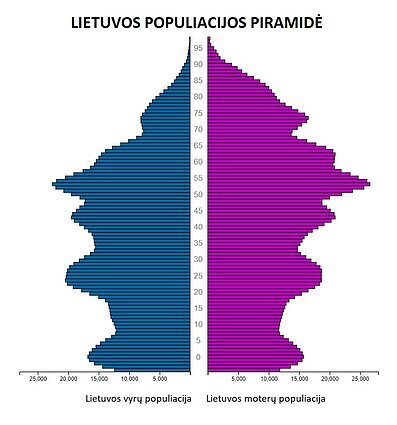 “In the coming two to three decades, we will have very small generations coming of age. In the last 20 years, we had almost twice fewer births than previously and young generations have emigrated. This leads to a quickly shrinking and ageing population,” Stankūnienė tells LRT.lt.

A small population is less of a problem for a country than an old population, she insists.

“This leads to challenges in ensuring labour supply, economic development, social security. We have a growing section of the population, in relative terms, who are 65 and older. By mid-century, we expect the over-65-year-olds to make up 30 percent of the population,” Stankūnienė says.

The UN predicts that the global population, which currently stands at 7.7 billion, will grow to 9.7 billion by 2050 and 11 billion by the end of the century. 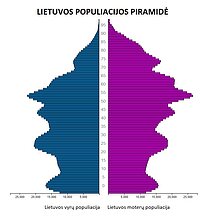