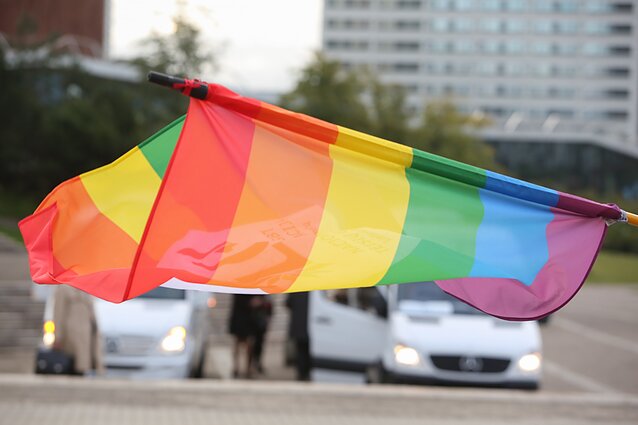 The Israeli city of Tel Aviv, which is celebrating Pride Month, has hoisted rainbow flags along its streets. On one of them, however, the city's authorities mistook the Lithuanian tricolour for the LGBT+ flag, according to the Israeli news site Ynet.

Ynet's Itay Blumenthal has confirmed to LRT.lt that Lithuanian flags stayed up in one of Tel Aviv's main streets until the mistake was spotted in the morning.

“Tel Aviv began to mark the month of pride. As every year, the municipality hung the LGBT+ flags throughout the city. On one of the main streets, the municipality employees mistakenly hung Lithuanian flags, apparently confused by the stripes and the coloured ones. In the morning, when they discovered the mistake, they changed the flags to the LGBT+ flags,” Blumenthal commented.

“Some of the city's residents took pictures of the wrong flags. We published the story on our news site Ynet,” he added.

The Lithuanian embassy in Israel has told LRT.lt it was unaware of the incident.

Lithuania, too, is celebrating LGBT+ pride this week. Baltic Pride events start on Tuesday, while the March for Equality is planned for Saturday.