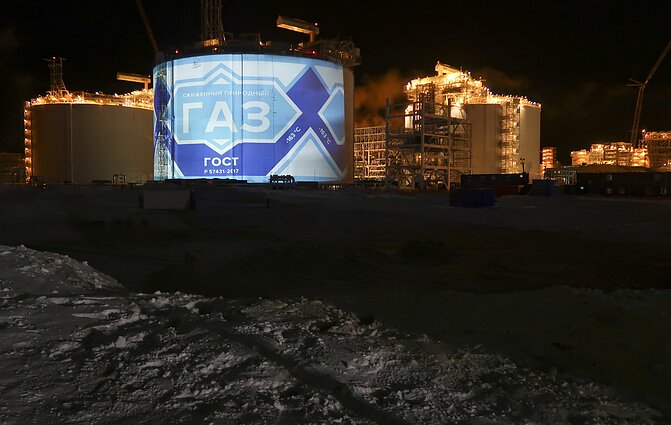 Lithuania’s Energy Minister Žygimantas Vaičiūnas told LRT that Lietuvos Energijos Tiekimas was one of the first companies to buy gas from the recently-opened LNG terminal in Leningrad region in Russia from the company whose main shareholder is subject to Western sanctions.

According to the minister, Lithuania was deceived by an intermediary, which didn’t show the real gas source.

“It wasn’t known at the time the contract was drafted, that the gas will be bought from Novatek; we only found out this fact when the shipment was practically being loaded,” he said.

Through an intermediary, Achema and Lietuvos Energija in Lithuania bought gas from Novatek, the second largest Russian gas company after Gazprom.

The minister said the special commission did not investigate the deal at the time, as it was made via intermediaries, and the size was particularly small.

The deal may have broken international sanctions against Russia, as one of Novatek’s main shareholder is Gennady Timchenko, who is currently subject to Western sanctions.

The gas centre in Leningrad region Kriogaz-Vysotsk was opened a week ago, with Putin claiming Russia will continue increasing gas exports, primarily to the Baltic states.

The only future option, according to Lithuania’s Energy Minister Žygimantas Vaičiūnas, is to ban intermediaries purchasing gas from certain suppliers.

However, it would mean higher gas prices, as it would “curtail competition,” he said.

Three similar shipments have already reached Lithuanian port city Klaipėda, and another shipment is due to arrive next week.

Lithuania’s Foreign Minister Linas Linkevičius said that “Russia can compete in the market with its products, if these companies are not under sanctions”.

“There are rules, which should be observed. The market itself will regulate the prices, and neither consumers nor the country will be affected; this would be the goal,” he said.

However, Lithuania’s wish to buy cheaper Russian gas could affect relations with Poland, which recently stated it would no longer take Russian gas imports, regardless of the price.

The two Lithuanian buyers – the producer of fertilisers Achema and state-owned Lietuvos Energija – have not revealed the price they paid for Novatek gas.