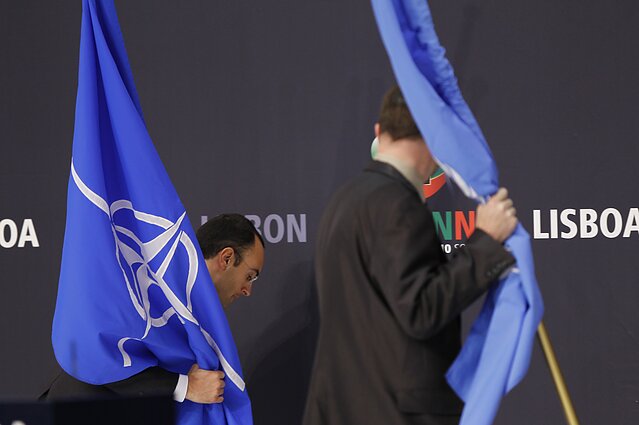 Poland is in talks with Lithuania and Latvia on whether to ask for consultations under NATO’s Article 4 to discuss the crisis at the Polish-Belarusian border, Polish Prime Minister Mateusz Morawiecki said on Sunday (November 14).

“It is not enough just for us to publicly express our concern – now we need concrete steps and the commitment of the entire alliance,” he added.

Over the weekend, thousands of migrants have travelled to Belarus in the hope of crossing into the EU, but remain trapped on the border in freezing conditions as numerous attempts to breach the border fence had been prevented by the Polish board guard.

The border patch has been under a state of emergency since early September, with thousands of border guards, police and troops deployed to the area.

At the same time, footage from the border suggested Belarusian soldiers have engaged in blinding Polish soldiers, while others were attempting to disassemble parts of the border wire.

Read more: ‘There is no military threat’. Will Lithuania see NATO support on Belarus border? 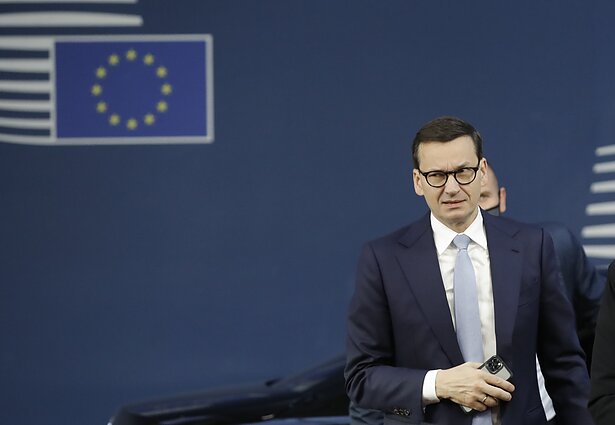 Some countries in the region have warned the stand-off could escalate into a military conflict.

“We are discussing with Latvia and especially Lithuania about whether to trigger Article 4,” Morawiecki said.

“It seems that it is needed more and more. It is not enough to publicly express our concern. Now concrete steps and the commitment of the whole alliance are needed,” he added.

Article 4 calls for consultation over military matters when “the territorial integrity, political independence or security of any of the parties is threatened”.

Article 4 has so far been triggered four times, once by Turkey over the 2003 Iraq War, in June 2012 after the shooting down of a Turkish military jet by Syria, in October 2012 after Syrian attacks on Turkey and their counterattacks, and in February 2020 after increasing tensions arising from the Northwestern Syria offensive.

Latvia, Lithuania, and Poland called an Article 4 meeting in March 2014 in response to the Crimean crisis, but the article was not triggered.

According to NATO sources, the security situation at their borders under the alliance’s Article 4 could be discussed in their next ministerial meeting in early December. 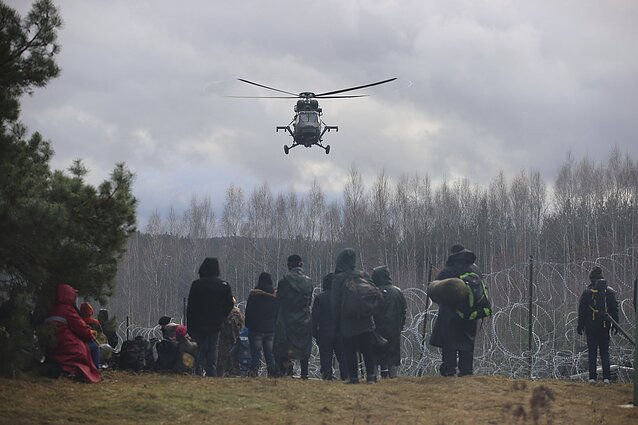 Last Monday (November 8), NATO warned Belarus against the instrumentalisation of refugees against the military alliance.

Only recently, the alliance had ramped up its strategy to defend against any potential hybrid attack.

“There is no doubt that the matter has gone too far,” Morawiecki said.

“We already know that in order to stop the Belarusian regime, words alone are insufficient. We are aware that stronger sanctions will be necessary,” he said, adding he is in touch with EU leaders and working very closely with the prime ministers of Lithuania and Latvia.

EU foreign policy chief Josep Borrell said that the bloc would widen sanctions on Belarus on Monday to include airlines and travel agencies thought to be involved in transporting migrants.

Morawiecki said that the EU should jointly finance a border wall.

At the same time, Lithuania’s National Defence Council (VGT) has agreed on the criteria that would lead to the country seeking NATO assistance in dealing with what it says is Belarus’ “hybrid aggression”, a decision to be made by consensus between all countries leaders.

The National Defence Council is composed of the Lithuanian president, the prime minister, the speaker of the parliament Seimas, the defence minister, and the chief of the military.

Lithuanian President Gitanas Nausėda said on Tuesday, November 9, he sees no need to invoke NATO’s Article 4 yet over the situation at the Belarusian border. 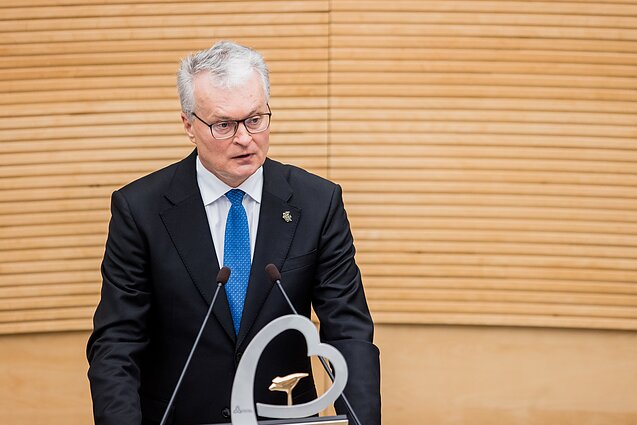 “NATO’s Article 4 is definitely a last resort measure, and we are definitely keeping it in our arsenal in case we have solid grounds to speak about the invocation of Article 4,” Nausėda was quoted as saying last Tuesday by BNS.

“Secretary Blinken reaffirmed US support for Poland in the face of the Lukashenko regime’s cynical exploitation of vulnerable migrants,” Price said in a statement on Sunday.

“The actions by the Lukashenko regime threaten security, sow division, and aim to distract from Russia’s activities on the border with Ukraine,” Price added.

Blinken had last week warned about Russian troop movements near Ukraine and warned Moscow against an invasion like its takeover of Crimea seven years ago.

After meeting his Latvian and Estonian counterparts, Lithuanian President Nausėda said on Monday that the Baltics were ready to support Poland. He added that NATO's Article 4 could be activated, “if there's a need”.

“If the situation becomes more complicated, there could be a call for consultations under NATO's Article 4. We are ready to support Poland's decision to trigger Article 4, if there's a need for that,” Nausėda said. 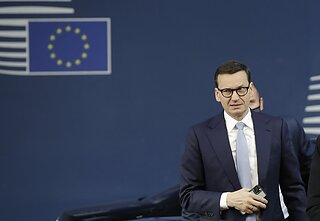 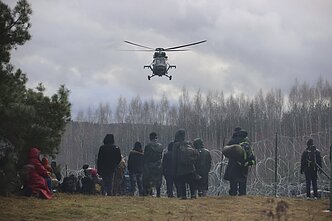 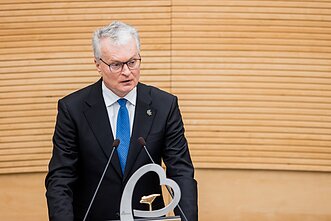