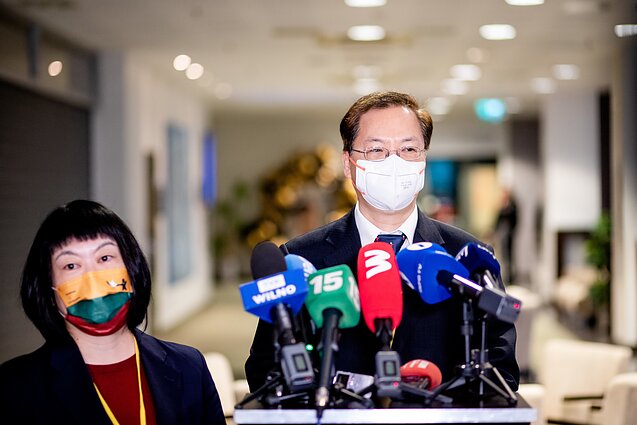 A delegation of Taiwanese politicians and businesspeople are paying a visit to Lithuania on Wednesday.

It comes amid tensions between Vilnius and Beijing, with the latter objecting to attempts to recognise Taiwan internationally. Lithuania's recent decision to to open a representation of the self-governed island drew ire from the Chinese government.

Before coming to Lithuania, the Taiwanese delegation of more than 60 members visited the Czech Republic and Slovakia.

Lithuanian politicians maintain that it is a business, not a political, delegation and its goal is to promote economic cooperation.

“Lithuania, of course, is interested in Taiwan's investments into the fields of high technology, biotechnology and fintech,” Economy Minister Aušrinė Armonaitė told reporters on the eve of the visit. 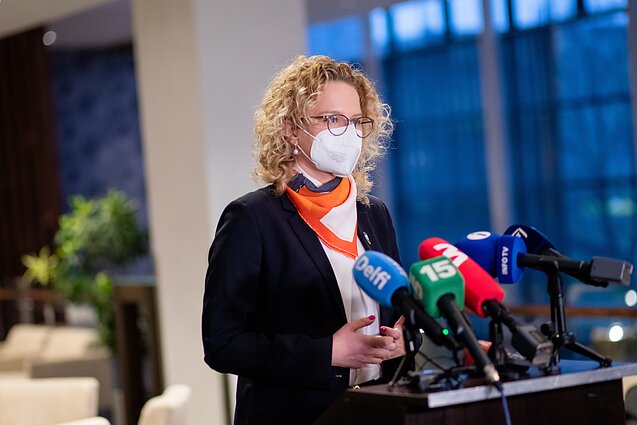 Exports account for a big part of Lithuania's economy, she noted, and Taiwan is a potential market.

“We are definitely interested in export possibilities, as almost 80 percent of our GDP is generated through exports of Lithuanian goods. Taiwan is an interesting market, so our guests will visit the Kaunas Free Economic Zone, the Life Sciences Centre of Vilnius University, and I hope new partnerships will be born,” Armonaitė said.

Taiwan's Minister of National Development Kung Ming-hsin said on Wednesday morning that the island planned open its economic representation in Vilnius by the end of the year, despite China's objections.

“The Taiwanese representative office is going to be set up soon,” Ming-hsin said. “I believe that will be before the end of this year. Our visit, hopefully, will lay a solid foundation for economic and trade cooperation.”

“The legal basis [to open the Lithuanian representation in Taiwan] has been created and it will come into force next year,” Armonaitė said on Wednesday, adding that preparatory work will start even earlier, as the country will look for staff and premises and will start expanding its contact network.

Lithuania and Taiwan are set to sign six memoranda during the visit of the Taiwanese delegation, aimed at bolstering cooperation in the areas of semiconductor, life sciences, biotechnology, laser and satellite technology, crystal research and finance.

Vilnius will also host a Lithuanian-Taiwanese commerce and investment forum.

Lithuania's Foreign Ministry has told the 15min.lt news website that Vilnius does not have formal diplomatic relations with Taiwan, therefore the ministry is not the one organise the Taiwanese visit. According to the ministry, “the make-up of the Taiwanese delegation was decided by the Taiwanese themselves”.

The Taiwanese visit in Europe has angered China, which is trying to keep the self-ruled island isolated from the international arena.

“Taiwan is an inalienable part of China's territory, and the government of the People's Republic of China is the sole legal government representing China,” Wang Wenbin, spokesman for the Chinese Foreign Ministry, said ahead of the visit.

Ties between Lithuania and Taiwan started deepening after a new government was formed in Lithuania last year. Both countries plan to open business representations. 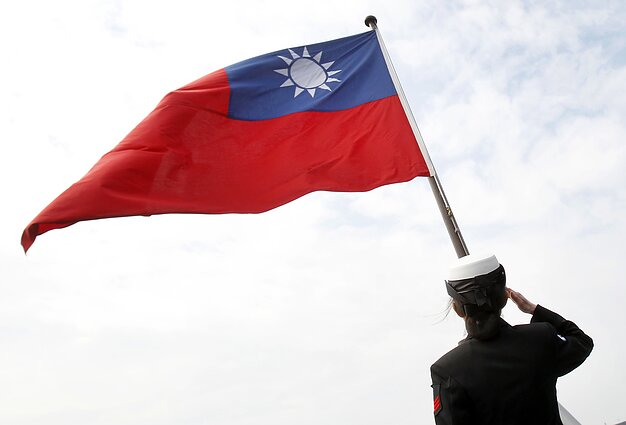 The island's representation in Vilnius will use the name "Taiwan". In retaliation, China recalled its ambassador to Lithuania last summer and told Lithuania to do the same. Lithuanian Ambassador in China Diana Mickevičienė returned to Vilnius in early September.

Elsewhere across the world, Taiwan's representations are named after ‘Taipei’, since international agreements that recognise the ‘One China’ policy prevent Taiwan from being considered a separate country.

Lithuanian businesses have said that trade with China has contracted significantly due to the diplomatic dispute between Vilnius and Beijing. 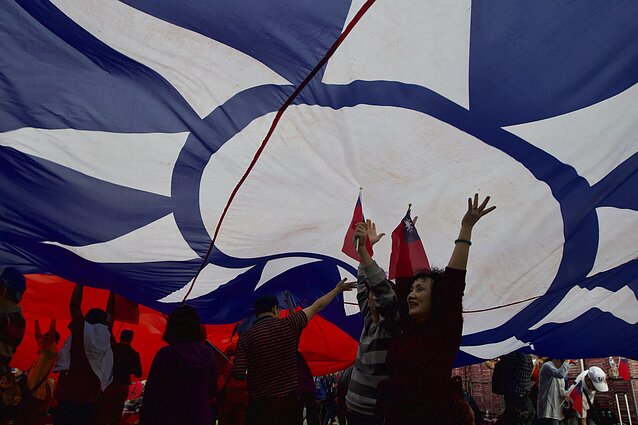 Lithuanian and Taiwanese universities and research centres have on Wednesday signed cooperation agreements as a Taiwanese delegation is visiting Lithuania.

A memorandum of mutual understanding was signed between Taiwan's National Sun Yat-sen University and three Lithuanian universities, including Vilnius University, Vilnius Gediminas Technical University and Kaunas University of Technology, according to Lithuania's Ministry of Education, Science and Sport.

They will cooperate in a joint Taiwanese-Lithuanian semiconductor talent and research programme.

Moreover, a separate memorandum of mutual understanding was signed between the Taiwanese university's crystal research centre and Lithuania's Centre for Physical Sciences and Technology (FTMC).

The agreements were signed during an ongoing three-day visit by a Taiwanese delegation.

Ming-hsin said the two countries showed an example of good cooperation in the face of the pandemic when Taiwan sent medical supplies to Lithuania, and Lithuania sent vaccines to Taiwan.

"This cycle of virtue also expands to government-to-government cooperation, [as well as] to private sector cooperation," he said.

The Taiwanese minister also said the delegation plans to hold around 100 business meetings with Lithuanian companies over the next few days.

Lithuanian businessmen say trade volumes with China have dropped significantly due to the diplomatic dispute between Vilnius and Beijing.

The Lithuanian government hopes economic ties with Taiwan could counterbalance general economic losses in the long-term. 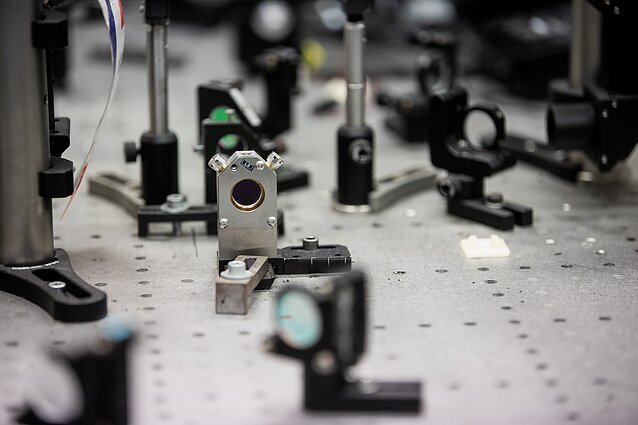 Asked whether the two countries could open a semiconductor factory in Lithuania, Armonaitė said that "all possibilities are realistic and this possibility is realistic".

"We see that global demand for semiconductors is huge, and we are also experiencing supply issues right now. In the long term, demand will continue growing as the e-car industry, the smart technology industry expands."

The global supply chains have been disrupted in recent years due to the coronavirus pandemic and the spike in the prices of energy resources, according to Armonaitė.

"We need to have those things as closer as possible, as closer to home as possible, and the best thing would be to have it at home," Armonaitė said. "Semiconductors in Lithuania is [...] quite an ambition where we need to do a lot of homework."

Meanwhile, asked the same question about a production facility, Ming-hsin said there should be first training Lithuanian experts in Taiwan.

"Taiwan offers scholarships to Lithuanian young people to study or to receive training," he said. 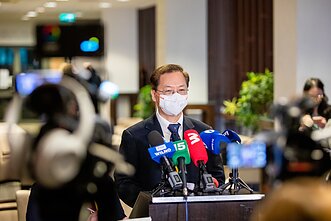 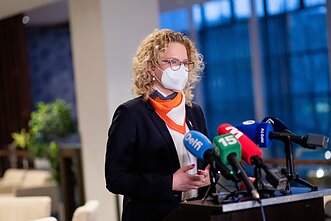 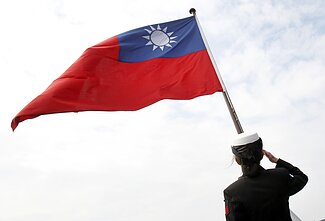 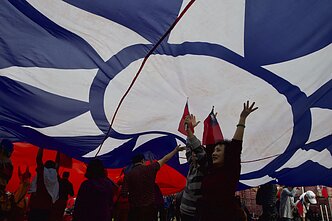 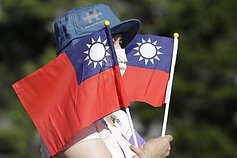 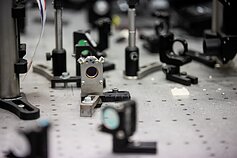