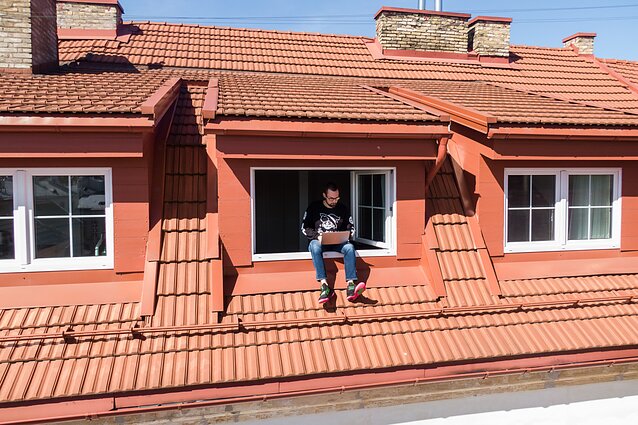 Expats in Lithuania, as the rest of the people in the country, were stuck indoors after the nationwide quarantine was announced on March 16. Here’s some of their stories, as profiled by Work in Lithuania, a government agency.

Salvatore Riniolo hails from California, near San Francisco, where he went to school and has lived for the last six years. Mesmerised by video games and the worlds they open, he wanted to develop games from a young age. Now he manages art content for Unity, one of several major game engine developers in the world.

Could you talk a little bit about your life under quarantine?

After arriving here at the end of January, I was swamped looking at apartments, filling out paperwork and settling down. And that’s when the lockdown happened. I just hope that my wife arrives here as soon as the travel ban is lifted. Once the quarantine is over, I plan to do more events because there seems to be always something happening in Vilnius – meetups, networking events and tons of art stuff.

Other than that, I’m looking forward to eating in a restaurant again. There’s this place in Užupis (there I go again!) I’d especially want to visit. It would also be great to take a hot air balloon ride with my wife. It’s a rare thing to see in big cities, so we want to take advantage of that.

Did you know a lot about Lithuania in advance?

I feel like my knowledge of geography when it comes to Europe was just a blank slate. I learned about Lithuania about a year and a half ago when I was told I would be building a team here. I had no idea what to expect, but I quickly fell in love with Vilnius. While some of the more modern areas of the city remind me of big cities in the US, there’s also a very European feel to the Old Town here, with all of these different architectural styles mixed together. I just love it. Also, since I’m a big fan of street art, I really like Užupis – it’s beautiful, and it just seems really fun to be in that neighbourhood. And no – I don’t care if it’s an expat stereotype to like Užupis!

Have you noticed any differences between the people in Vilnius and your peers back in San Francisco?

I think Lithuanians tend to be a little quieter than I’m used to, but that’s not a bad thing. The people on my team are incredibly hardworking, and there’s a different culture of communication here. I find that I don’t need to follow up as much or to micromanage what my teammates are doing. Given how direct Lithuanians are, there’s not much beating around the bush or sugar-coating anything. I appreciate that.

The work-life balance here is another thing I really appreciate. Lithuanians focus significantly more on spending time with family, taking days off, celebrating holidays, and simply enjoying themselves when not at work. It feels a lot better, and it’s a big reason why I wanted to move here. 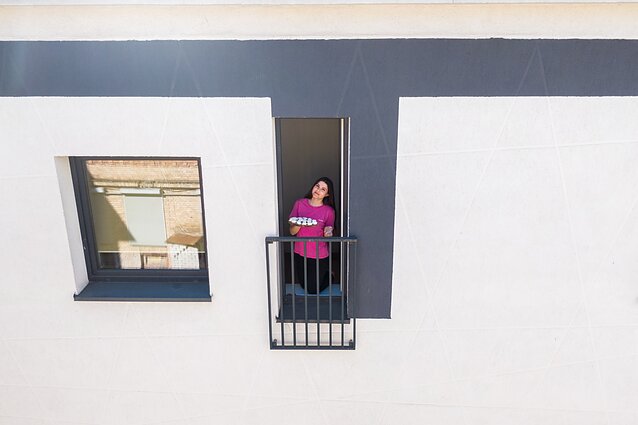 Katherine Klebanovich
"One thing about Lithuanians I can say for sure is that they’re open and reachable."

Katya from Belarus is a true citizen of the world. Having spent four years in Budapest in her formative years, she's realised that home is not where you were born, it’s where you feel good.

How are you coping with the quarantine right now?

Well, work-wise not a lot has changed. I do miss spending time with my colleagues, but we still chat and video-call every day. Other than that, I really miss being outside and exercising at the gym. You can only do so much at home, you know.

Right now, with all that time on my hands, I’m trying to improve my Lithuanian a little bit. You don’t really need it that much, as all younger people speak English, and older people – Russian. But it’s good to know the language of the country you’re living in. So yeah, I’m putting sticky notes with Lithuanian names on things and learning five new words every day!

One thing about Lithuanians I can say for sure is that they’re open and reachable. If you have some issues – and who doesn’t when moving to a new country – they’re more than willing to help. And if in other places people tend to be more focused on themselves and their inner circles, Lithuanians are much more communicable.

You’ve been here for quite some time now. What was your path to where you are today?

Yeah, it’s been six years already! After living in Hungary as a teenager with my parents, I knew that I wouldn’t want to be tied to just one place or country. After graduating from high school, I came to study Marketing and Global Business at Vilnius University. [...]

When deciding where to settle after studies, Vilnius was my first choice. I don’t know, it just felt cosy, plus the culture here is not that distant from what I was used to in Belarus. So, after several months of job hunting, I landed a position at Booking.com. I’ve been working there for the last one and a half years.

What are the first three things you’ll do once the quarantine is over?

First, I’ll probably go for a long walk through one of Vilnius’s parks – just to feel that spring has come. Then I’d stop by some cosy cafe for a cup of tea. It’s the little things you miss sitting at home. And, of course, then I’d hit the gym for a full-body workout. It’s bound to be crowded, with all the people stretching and lifting after several weeks without exercise. 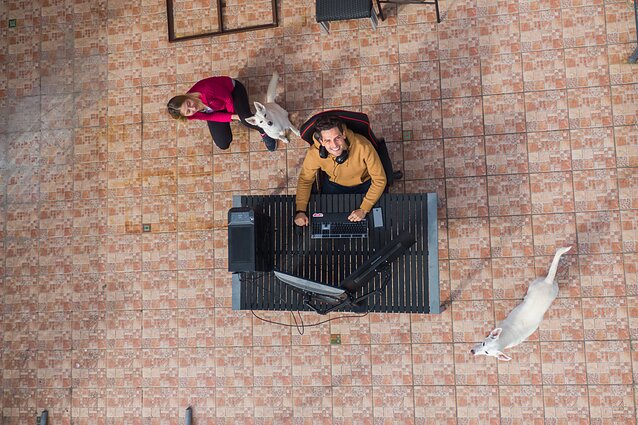 Stamatis Tsolakidis
“In Greece, Lithuania is kind of unknown.“

Stamatis Tsolakidis is a self-trained web developer, water polo enthusiast and aspiring YouTube content creator from Greece. He’s been in Lithuania for over a year now, working for Genius Sports – an international company handling sports data.

Has anything changed for you work-wise because of the quarantine?

Well, we are an IT company that is quite spread out, so in a sense, we were already used to working remotely. The transition process was very smooth and we haven’t yet faced any significant problems. We switched to a fully remote regime a day or two before the measures were officially announced and within days everyone was working normally. My home environment is very quiet, because I don’t have any kids, just two dogs, so I quite enjoy it.

What brought to you Lithuania?

In Greece, Lithuania is kind of unknown. If you’re a basketball fan, sure, you probably know some basketball players, but not much more. They also imagine it a pretty chilly place, being that up north. That was how I thought about it before, at least.

As luck would have it, though, I met a girl from Lithuania and came to visit the country in 2017 for the first time. Then we lived together in Greece for a while, but after doing some research and learning of career opportunities here, we decided to move.

Is Lithuania exactly like you expected it to be?

It’s better than I expected, actually. Even on my first visit, I had a very positive impression of the country. What surprised was that the culture of Lithuania has some striking similarities with the Greek culture. For example, what I like a lot is that the ties with family and friends here are quite similar to how they are in Greece – I see that people maintain a very strong connection with their families. Lithuanians are generally warm and I feel welcome here. 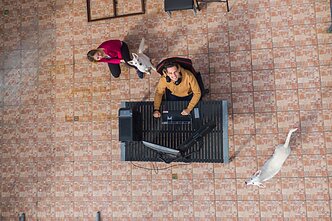 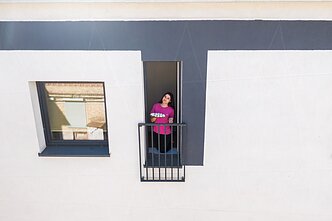