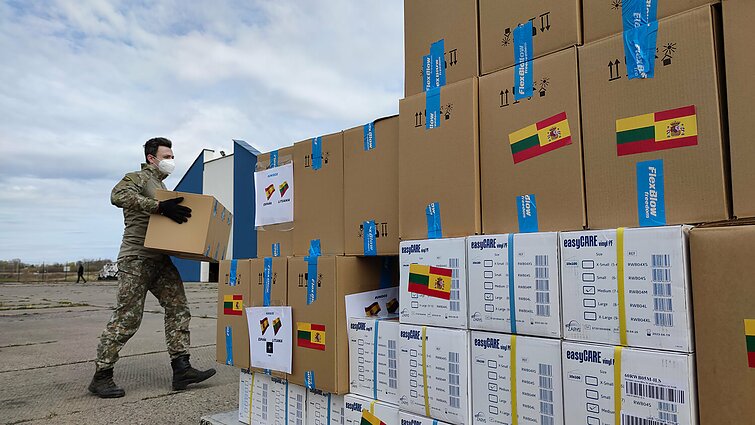 “We are following Spain's efforts to fight the pandemic,” Foreign Minister Linas Linkevičius was quoted in the press release. “We need to help each other as much as we can and overcome the virus together.”

“Solidarity in the fight for lives must be expressed not only in words,” he added.

In his letter, the minister thanked Spain for remaining a strong partner and ally of Lithuania, saying the country appreciated Spain's contribution to ensuring security in the region.

FM 🇱🇹 @LinkeviciusL: “We are following #Spain's 🇪🇸 efforts to fight the pandemic. We need to help each other as much as we can and overcome the virus together”. https://t.co/MJfS8XANT1

This month, Spain, together with Britain, is taking over NATO's Baltic air-policing mission in Šiauliai for the seventh time.

The humanitarian cargo was transported by Spanish military aircraft.

In early April, the Lithuanian government decided to give 100,000-euro-worth of medical supplies to Italy and Spain. The latter is one of the hardest hit countries by the Covid-19 pandemic, with over 23,500 confirmed deaths. 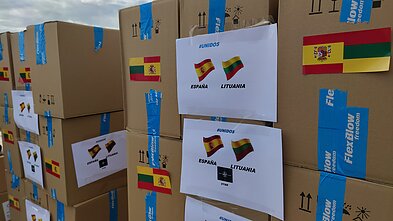 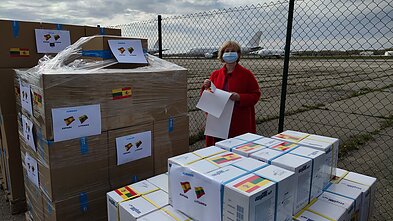 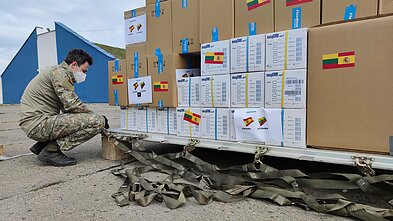 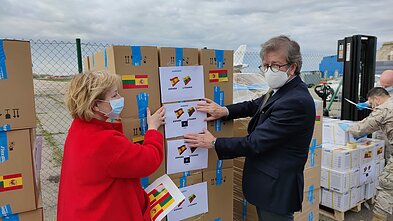