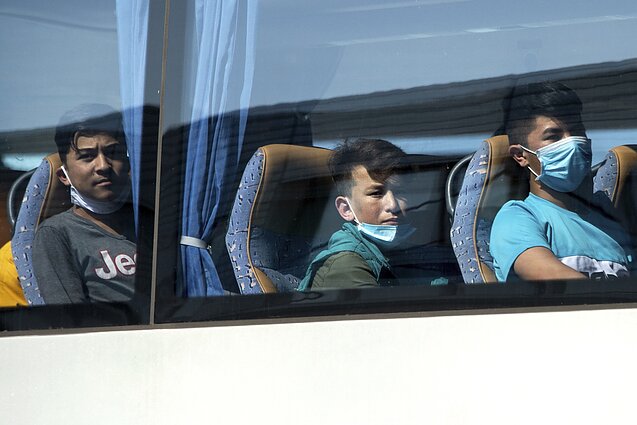 Dozens of refugee children from the Greek islands flew from Athens and reached Hanover airport in Germany on Saturday morning. Meanwhile, Lithuania will wait until the end of coronavirus quarantine to transfer two unaccompanied minors.

According to previous media reports, ten European countries including Lithuania have offered to host more than 900 children who are currently in Greece.

The group that arrived in Germany is made up of 42 children and 5 young people, four of whom are accompanying younger siblings, according to the Germany's federal and state interior ministries. Four of the children are girls. They will now undergo a 14-day quarantine.

The majority of the unaccompanied minors with an average age of 13 come from Afghanistan, Syria and Eritrea, according to Deutsche Presse-Agentur (DPA) sources in the Migration Ministry in Athens.

His words were echoed by the federal and state interior ministers in Germany. 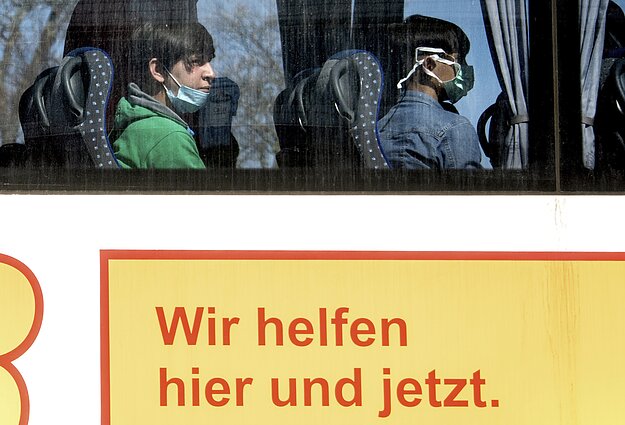 "I am pleased that we are able to receive the first unaccompanied children today, despite the seriousness of the coronavirus crisis," said Interior Minister Horst Seehofer.

They are the second group of minors to be taken from the notorious camps on the Greek islands of Lesbos, Chios and Samos. Already on Wednesday 12 young people were taken in by Luxembourg.

The plan provides for around 1,600 young people to be brought to other EU countries, including Lithuania. A good 90 per cent of the minors are boys.

Some 39,000 people are currently staying in camps on the islands in the east of the Aegean. According to the UN Refugee Agency (UNHCR), around 36 per cent are minors.

Lithuania to wait until the quarantine is lifted

“Lithuania is not planning such procedures due to the quarantine,” Božena Zaborovska-Zdanovič, spokeswoman for the Lithuanian Interior Ministry, told LRT.lt on April 15.

“As soon as possibilities arise, [the procedures] will begin, guided by safety requirements,” she said in a written comment.

The ministry confirmed to LRT.lt on April 6 that Lithuania will accept two unaccompanied minors from Greece.

“Lithuania decided on March 13 to transfer from Greece up to two unaccompanied minors who need asylum and do not pose a threat to public safety and security,” Zaborovska-Zdanovič told LRT English at the time.

“The priority is given to those who have relatives [...] in Lithuania, know English, Russian, French or German languages, or have their compatriots at the Refugee Reception Centre [in Lithuania]," she said. 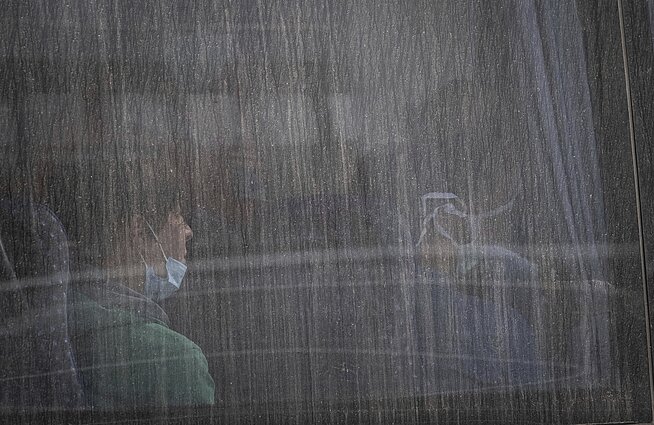 'Many fall in the hands of criminals'

Around 10 percent are under 14 and many disappear from the reception centres, she was quoted by EUobserver.

"I am afraid that many of them fall in the hands of criminals," said Johansson. 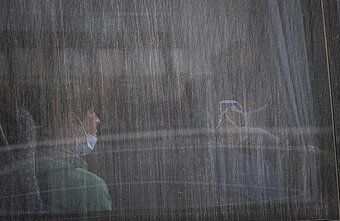 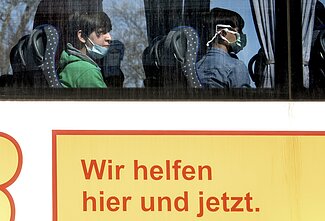