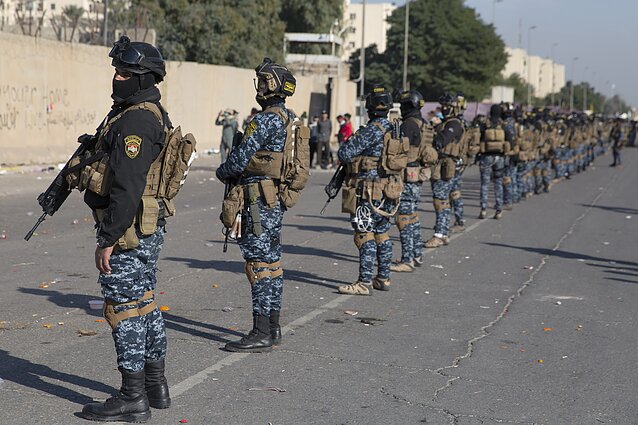 Iraqi security forces are deployed in front of the U.S. embassy in Baghdad. Iran-backed militiamen have withdrawn from the US Embassy compound in Baghdad after two days of clashes with American security forces. / AP

Lithuania and other NATO allies have on Saturday suspended the training mission in Iraq following the US strike that killed Iranian general Qasem Soleimani. Lithuania has deployed 15 troops to the country.

“In view of the worsening security situation and the changing position of the Iraqi leadership, international forces [...] have taken additional measures [to] strengthen the defence of the bases, limit the movement of soldiers, and cease training activities,” the Lithuanian Defence Ministry told LRT English in a written comment.

Lithuania’s has deployed six instructors as part of the US-led Operation Inherent Resolve, and another six servicemen as part of the NATO Iraqi training mission, NMI.

“Lithuanian military [command] is in constant contact with the Lithuanian soldiers and the command of international missions,” the comment reads.

The Iraqi parliament has on Sunday passed a resolution for “any foreign troops” to leave the country. The motion needs approval by the government.

“The decision on the future of international forces in Iraq will be decided in the coming days,” the Lithuanian MoD said. 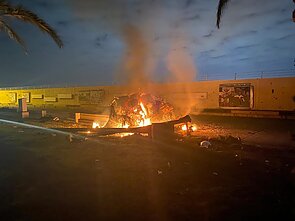