Battle for the best Christmas tree in Lithuania – in photos 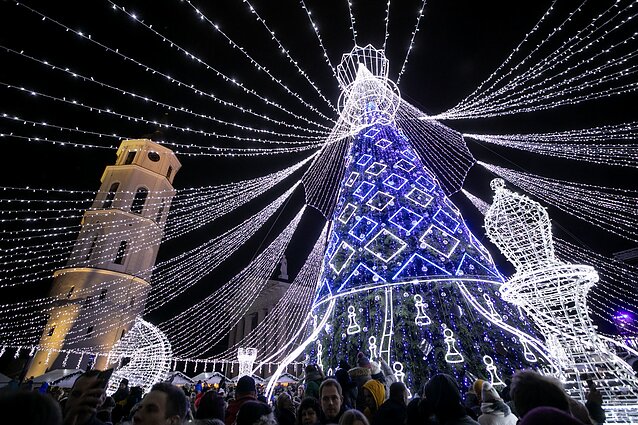 Towns and cities across Lithuania officially opened the festive season over the weekend with celebrations and Christmas tree lighting ceremonies. The annual race of who has the prettiest tree is on – take a look.

Panevėžys, Lithuania's fifth city in the north of the country, opened the Christmas marathon by lighting its Christmas tree earlier than others, on Friday.

Panevėžys' origami-inspired Christmas is entitled ‘Whisper a Wish’. People can whisper their desires into a funnel, which makes the tree light up even more.

This, the organisers say, comes from a Japanese belief that if you fold a thousand origami cranes, you can make one wish which will definitely come true. 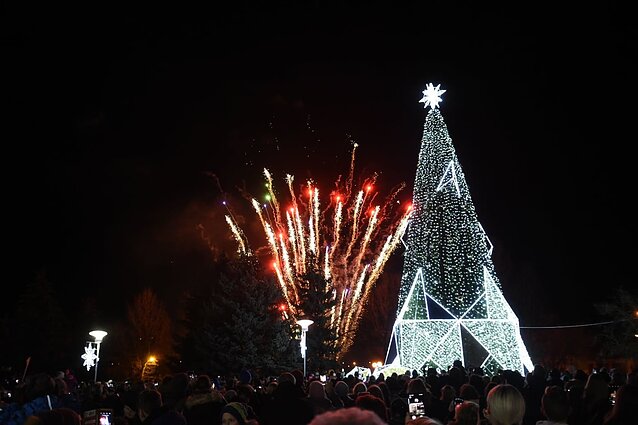 On Friday, too, Rokiškis handed over its title as Lithuania's 2019 capital of culture to Trakai. Rokiškis lit a tree presented to the town by local people and decorated with ethnographic trinkets by folk artists. 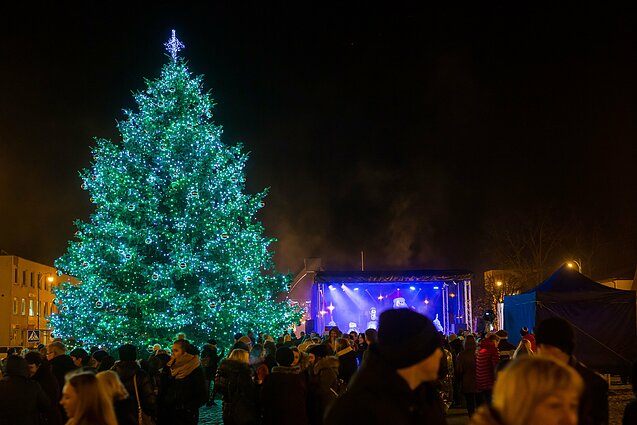 But the Christmas season across the country truly began on Saturday.

Kaunas, Lithuania's second city, led with it's ‘Space Christmas’ and a 22-metre tree.

Inspired by ‘The Little Prince’, the tree is decorated with colourful planetary objects made from recycled plastic. People can enter the tree and read a message on its trunk written in Braille. 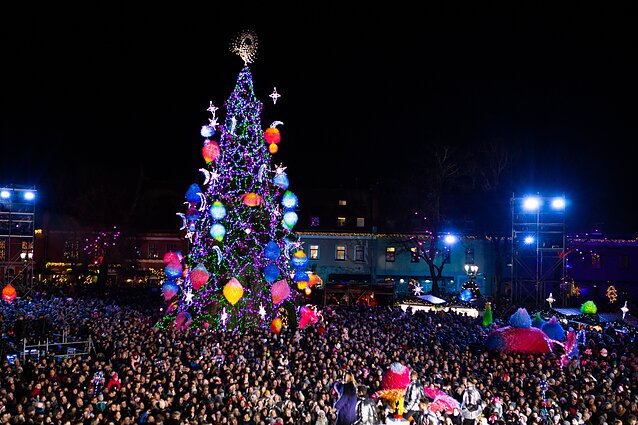 In Šiauliai, northern Lithuania, the Christmas tree was lit in the town's newly renovated main square. ‘Šiauliai shines’ is the slogan of the celebration and the tree lives up to it. 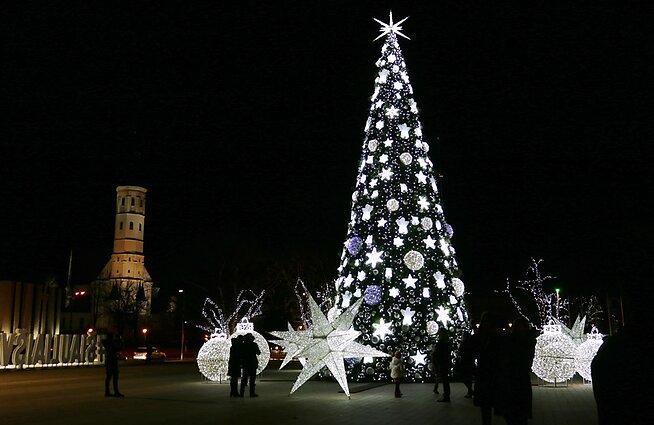 In Vilnius, two Christmas trees were lit just hours apart on Saturday night: one in Town Hall Square and the other in Cathedral Square. 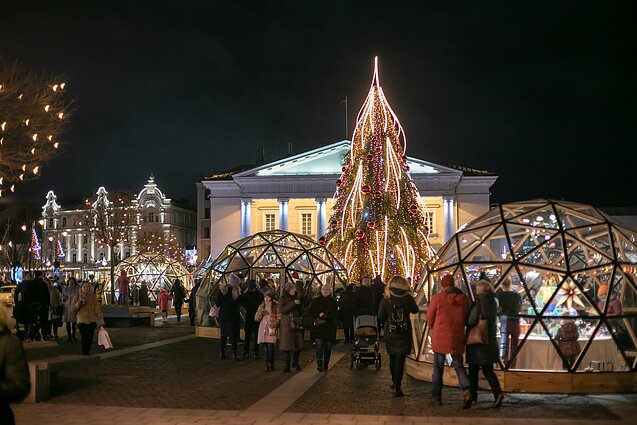 The latter resembles as a chess queen, inspired by a wooden piece discovered by archaeologists in the adjacent Lower Castle site.

Topped with a shining crown, the tree's giant mantle of lights covers a Christmas market around it.

Unlike Vilnius and Kaunas, Lithuania's third city, Klaipėda, opted for a smaller, but natural tree. The 11-metre silver fir was also lit on Saturday in the central Theatre Square.

In Druskininkai, the Christmas tree was encased in a cone of laser beams. 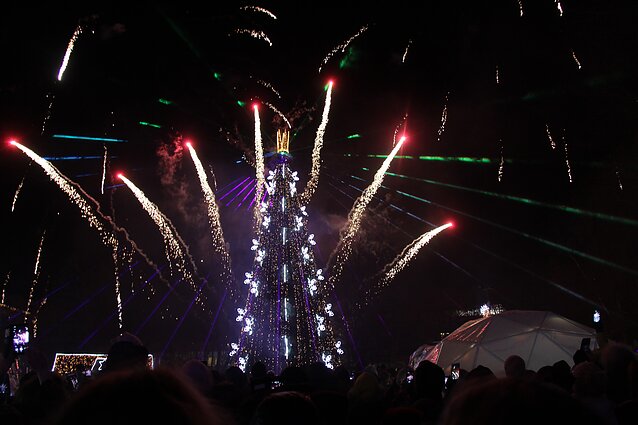 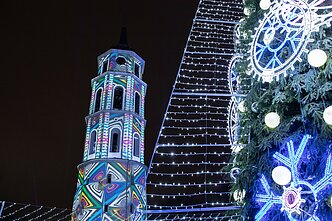 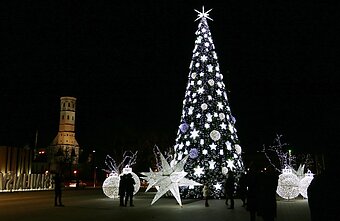 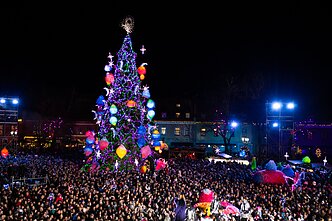 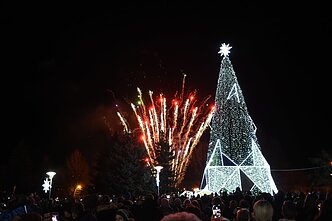 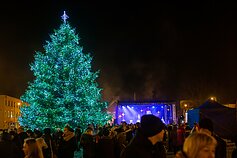 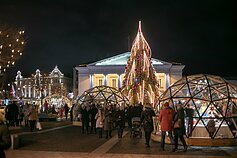 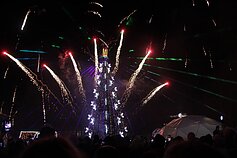