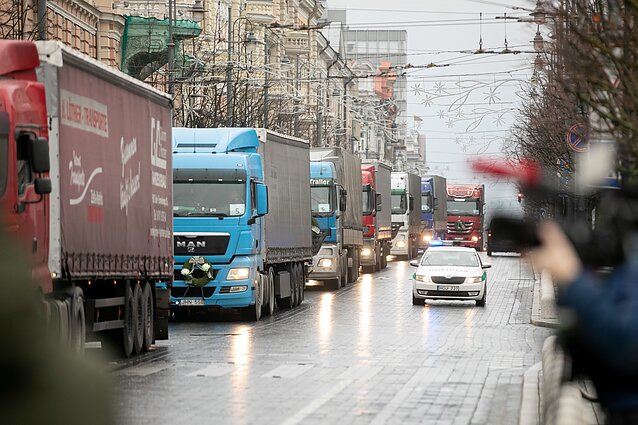 Haulage firms protested a rise in taxes on per diem allowances in Vilnius on Wednesday / D. Umbraso/LRT nuotr.

While haulage firms protested a rise in taxes on per diem allowances in Vilnius on Wednesday, drivers and trade unions staged a counter-protest. The drivers and their representatives wore white bandages to show they can't take days off work, because they don't receive adequate medical insurance, and say the companies' push to block a rise in wages is cynical.

Under the resolution passed in October, per diem allowances will not be taxed as of next January if the drivers' taxable wages amount to at least 1.65 of the statutory minimum wage, up from 1.3 currently. This, the government plans, will lead to an increase in drivers' wages.

Around 20 representatives of the Confederation of Lithuanian Trade Unions and the Drivers' Trade Union gathered in the square in front of the government building.

They held Lithuanian flags and placards with slogans such as "No to modern slavery" or "We are for transparent business". 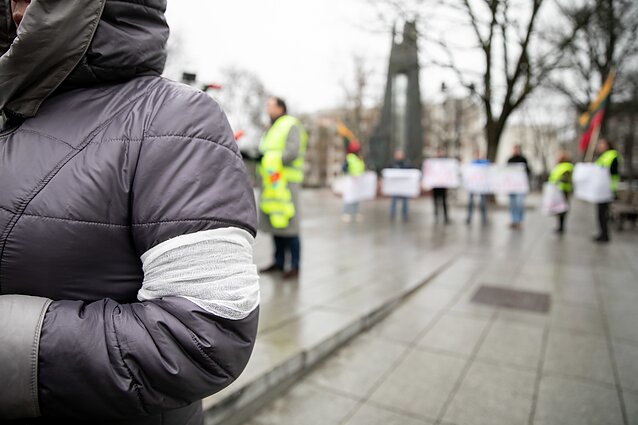 "We want Ukrainian, Lithuanian and Belarusian drivers to be paid higher wages, not to have to sleep in the truck cabins, to receive per diem allowances and not to have them cut by 50 percent," he told BNS.

Meanwhile, a convoy of 11 trucks, owned by members of the national road carriers' association, Linava, slowly drove in circles around downtown Vilnius in a mock funeral procession. 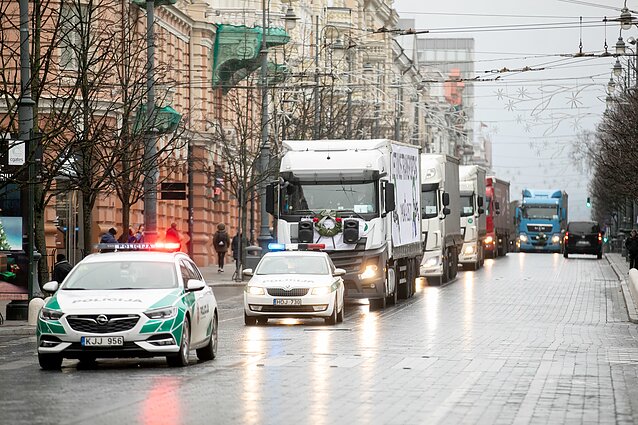 Haulage firms protested a rise in taxes on per diem allowances in Vilnius on Wednesday / D. Umbraso/LRT nuotr.

"We are not happy with the situation where the government's decisions are made without weighing all the consequences for the transport sector, without consulting us, without hearing all the arguments," Linava Secretary-General Mečislovas Atroškevičius told reporters.

He claimed the proposed changes will be unbearable by small-to-medium enterprises operating under 10 trucks, which make up 85 percent of the haulage sector in Lithuania.

The government's decision came at a time when the European Commission is in the final stages of discussions on the so-called mobility package which may deal a huge blow to the Lithuanian transport sector, he added. 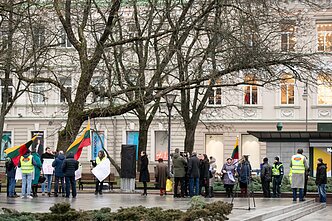 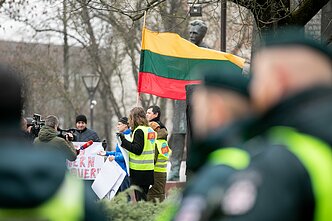 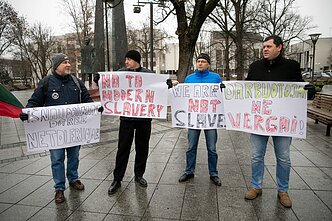 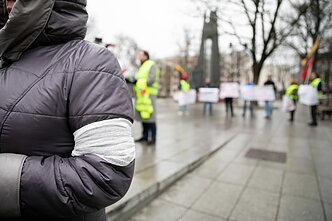 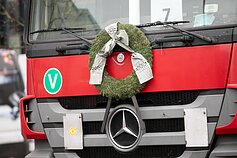 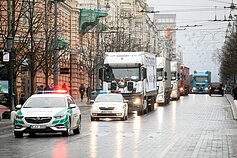 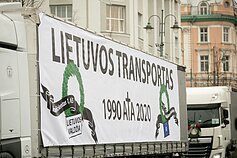 # Economy# Politics# Baltics and the EU