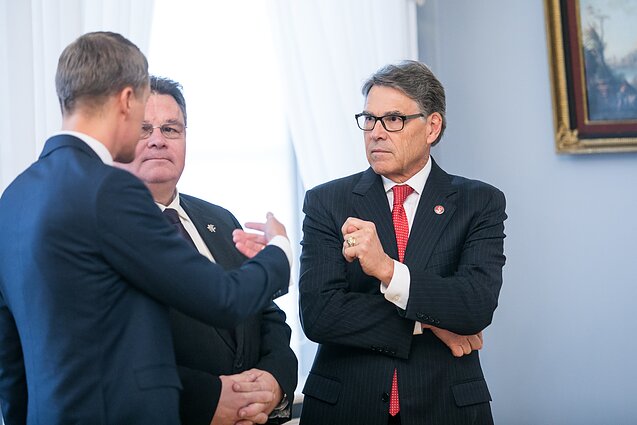 US Energy Secretary Rick Perry said in Vilnius on Monday that Lithuania must talk to the International Atomic Energy Agency (IAEA) and Belarus about the safety of the Astravyets nuclear power plant, adding that the US will stay out of talks on this issue.

Perry said at a news conference in Vilnius that Lithuania's leaders shared with him their concern about the plant's safety, but he himself "has not been there" and "has not researched this".

"Yes, we've discussed it," the energy secretary said when asked by BNS if Lithuanian government officials have convinced him that the facility is not safe. "I'm going to repeat their claims, if I may, I've not been there, I've not researched this so I'll parrot what I was shared both by the president and others – there's a concern about the safety at the construction of the plant."

"There is a reason that we have an International Atomic Energy Agency, and that agency's role is to make sure that facilities like that do meet international standards," Perry said. "So I would recommend to the leadership of Lithuania that [the IAEA] certainly be one of the ways that they [can] draw attention to this."

"Our goal is not negotiating the construction of the nuclear power plant in Europe, and I certainly would leave that to the leadership of the country and talking to the people in Belarus and the IAEA," the US official said.

"I think we all want to see a [...] safe, economical nuclear energy programme in different countries in the world," he added.

Assistant Secretary of Energy for Nuclear Energy Rita Baranwal told BNS that the US is calling on Lithuania and Belarus to maintain dialogue on the issue and mentioned that the US could supply fuel for Belarus' reactors.

"The US encourages Lithuania and Belarus to continue conversations and maintain transparency. I will say that VVER plants, similar to those being constructed in Belarus' Astravyets plant, have been operating worldwide safely," Baranwal said.

"In the future, the fuel could be provided in part by US fuel vendors. That is being done in some of these plants worldwide," she added. 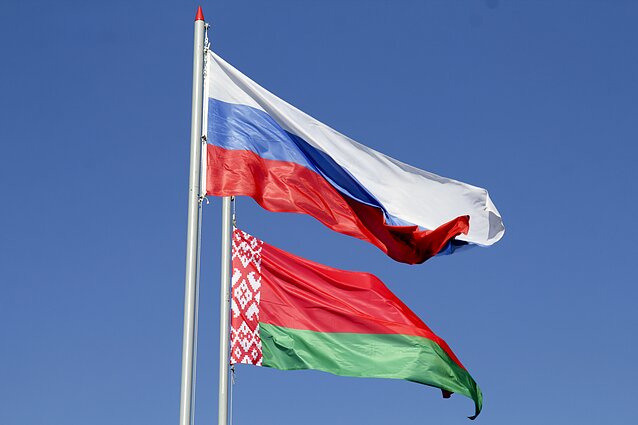 The Lithuanian government says the Astravyets plant under construction some 50 kilometers from Vilnius fails to meet international safety standards, an allegation that Minsk denies.

President Gitanas Nauseda said after meeting with Perry that Lithuania hopes "that the US will actively engage in dialogue with Belarus to ensure nuclear safety of the Astravyets power plant".

"This plant also poses hybrid threats to the Baltic region; therefore, it is highly important that the US paid attention to preserving and upholding security and democratic values in Europe," he said in a press release.

Energy Minister Žygimantas Vaičiūnas said he expects that Lithuania will receive US support on the nuclear safety issue.

"I can confirm that it was one of the key topics in all meetings; we spoke about different measures. Some measures are not new and others perhaps have some new shades, but, obviously, some elements – I think we'll definitely try them and we'll see how effective they are," the minister said during the joint press conference with Perry.

"But we do have the assurance [...] of the United States that we have strong US support on nuclear safety issues," he added.

"As we know, we still have a lot of work to do. I am talking about both the implementation of the stress tests and the International Atomic Energy Agency's actions. That agenda is really relevant," Vaičiūnas said.

According to the ministry, "there's no [single] action and no [single] solution to help us solve this problem".

"We are talking about a set of measures. I have confidence in the US administration, and I hope that this support will be an additional factor in discussing and dealing with this issue, particularly in international formats," he said. 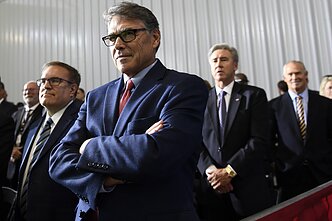 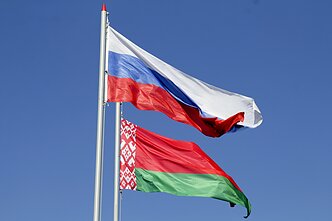