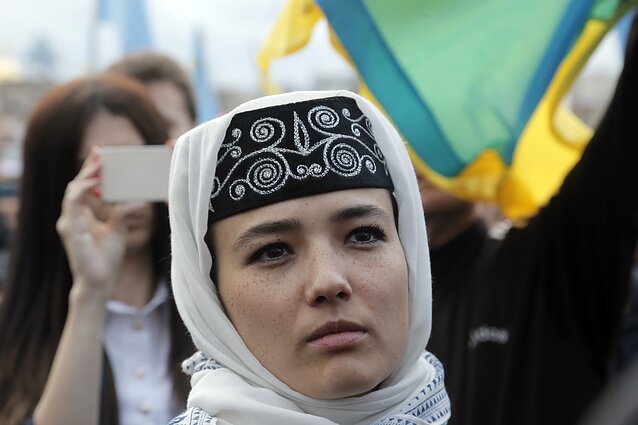 A Crimean Tatar woman in a national costume attends a rally to mark the 72nd anniversary of the deportation of Crimean Tatars in Kiev, Wednesday, May 18, 2016 / Efrem Lukatsky/AP

The Lithuanian parliament voted on Thursday to recognize Soviet crimes against Crimean Tatars as genocide.

The resolution was passed by 77 votes in favor, none against and one abstention.

"On the basis of the concept of genocide as enshrined in international law, the Seimas recognizes the crimes committed by the Soviet Union against the Crimean Tatar people in 1944 as genocide," the document reads.

The parliament also "draws attention to and condemns the illegal occupation and annexation of Ukraine's Crimea by the Russian Federation in 2014 and the discrimination against civilians and the Crimean Tatar people on the grounds of language, culture, religion and nationality, [and] the abolition of the Crimean Tatar self-government [bodies]".

The document calls on the international community to stand in solidarity with the Crimean Tatar people and maintain the policy of non-recognition of Russia's annexation of Crimea in 2014.

A similar resolution was passed in Latvia in early May.

Stalin's mass deportation of Crimean Tatars began on May 18, 1944. Over 230,000 people, or almost all of the peninsula's Tatar population, were deported from their homeland to Central Asia.

Almost half of the Tatars, mostly exiled to Uzbekistan, died of hunger and disease. It was not until the perestroika that the remaining Tartars were allowed to return to their native Crimea.

In the wake of Russia's annexation of the Black Sea peninsula in 2014, the Crimean Tatars' assembly and TV channel were outlawed and hundreds of activists were detained and jailed.

Over 10,000 Tatars were forced to move to Ukraine because of persecution and repression. 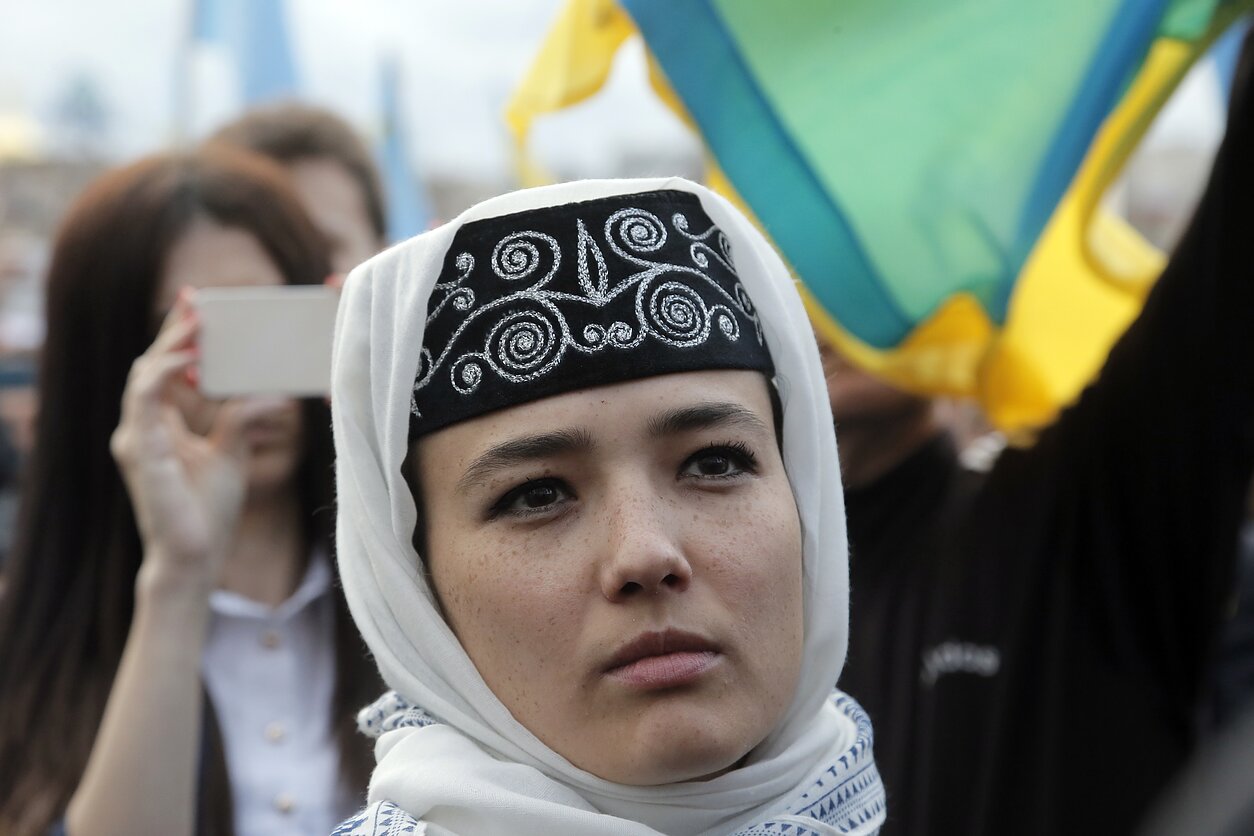 A Crimean Tatar woman in a national costume attends a rally to mark the 72nd anniversary of the deportation of Crimean Tatars in Kiev, Wednesday, May 18, 2016
1 / 1Efrem Lukatsky/AP