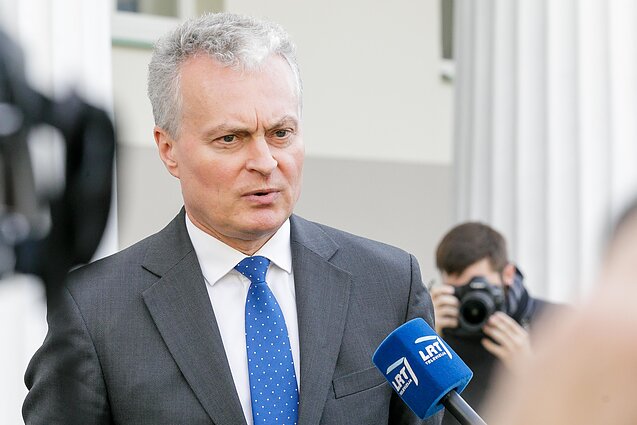 “The first foreign visit has been recorded, which the president-elect has already talked about. And the date is July 16,” the minister told journalists after meeting with Nausėda.

Nausėda will be inaugurated as Lithuania's president on July 12.

According to Linkevičius, contacts with Lithuania's other traditional partners will be on the new president's agenda as well, but other foreign visits have not been arranged yet.

“There might be tactical changes, nuances” in Lithuania's foreign policy after the new president's inauguration, but no strategic changes should be expected, Linkevičius said.

Earlier, Nausėda vowed to maintain a dialogue with Belarus and change official rhetoric about Russia.

“Our stance is based on values and certain principles, and I think these arguments are clear for everyone,” the foreign minister said. “The assessment and position have not changed, and time will show how the dialogue will look like.”

Linkevičius said he and Nausėda did not discuss his chances of staying as foreign minister after Nausėda's inauguration.

The Lithuanian Farmers and Greens Union, the Social Democratic Labour Party of Lithuania and the Order and Justice party are currently holding talks on a future coalition, and also expect the Electoral Action of Poles in Lithuania – Christian Families Alliance to join. This will mean a reshuffle in the cabinet of ministers.