Doctors remove over 1kg of nails, screws from man's stomach in Lithuania 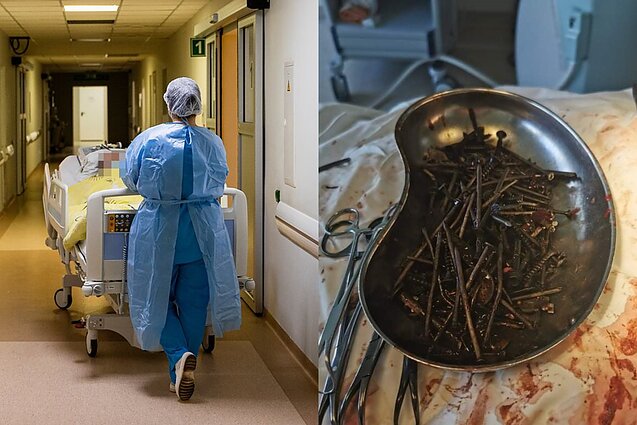 Doctors in Lithuania’s seaside city of Klaipėda have removed over a kilogramme of nails and screws from a man’s stomach.

He had been swallowing the objects for a month after quitting alcohol and was brought to the Klaipėda University Hospital (KUL) with severe abdominal pain. The longest pieces removed in the operation that lasted three hours were 10 centimetres long.

“The case itself is unique, but finding objects [inside the body] is not a rare pathology,”said KUL surgeon Šarūnas Dailidėnas.

The doctors said they receive several dozen cases per year, where they have to remove objects from various parts of the body.

After the operation, the man is recovering and being provided with psychological help, the doctors said.

Doctors remove over 1kg of nails, screws from man's stomach in Lithuania