Magnitsky a symbol of sanctions – and not just in Russia 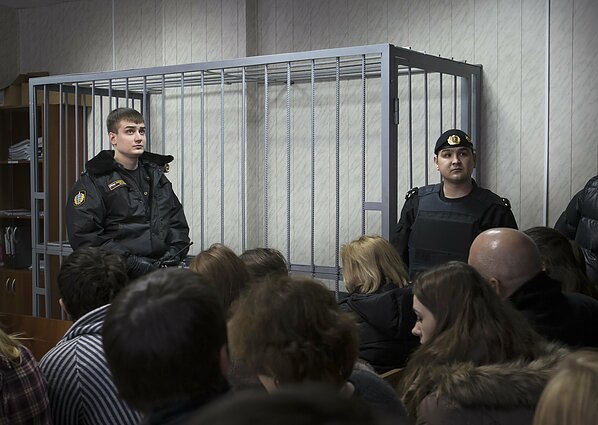 Police officers stand near a cage in a courtroom in Moscow, Russia, on March 11, 2013. Magnitsky was convicted posthumously / AP

Ten years ago, after uncovering a corruption scandal, financial auditor Sergei Magnitsky died in a Moscow prison. The case set a wave of sanctions in motion, but so far, Lithuania is one of only five nations to pass the Magnitsky laws.

In the West, Sergei Magnitsky is often mentioned in one breath with Anna Politkovskaya and Boris Nemtsov as being among the prominent Kremlin critics who have been murdered. But Magnitsky, a Moscow lawyer, was not a member of the opposition. And he became famous only after his death in a Moscow prison 10 years ago, on November 16, 2009.

Outside Russia, his case symbolizes the corruption and the miscarriages of justice in the country today. But in Russia, he was convicted posthumously. His death set in motion a spiral of sanctions that continues to this day – and not just in Russia. 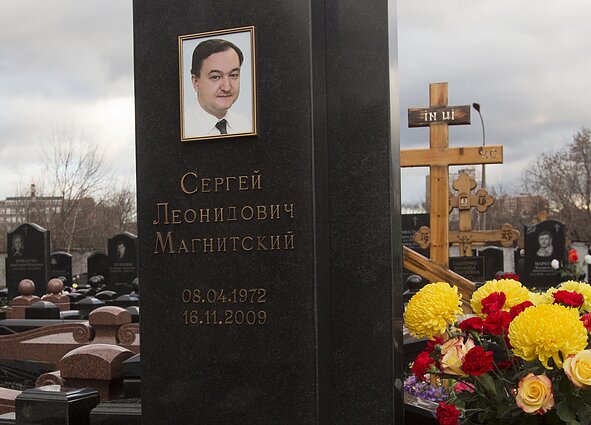 Tombstone on the grave of lawyer Sergei Magnitsky, who died in jail, at a cemetery in Moscow. / AP

Who was Magnitsky and why did he die?

Sergei Magnitsky was born in Odessa, then part of Soviet Ukraine, in 1972, and later worked as a financial auditor in Moscow. One of his clients was Hermitage Capital Management, a US company run by British national William Browder. In the late 1990s, Hermitage became one of the largest investors operating in Russia.

However, according to media reports, Browder fell out of grace and was eventually barred from entering the country. He refers to himself as Vladimir Putin's "enemy number one."

In 2007, Browder's company was raided over suspicion of tax evasion. After being asked to look into the issue, in 2008 Magnitsky found evidence of what he said was a complex corruption scheme carried out by authorities that involved the raid and seizure of documents the year prior. He claimed the documents were used to forge forms to legally change Hermitage's ownership — and that Russian officials allegedly then used the forms to fraudulently claim more than $230 million (€209 million) in tax refunds. Those payments were then laundered through a Scandinavian bank in the Baltics, among others.

That same year, Magnitsky himself was arrested and charged with tax evasion. He spent almost a year in prison, and after complaining of worsening illness, he died there at the age of 37. Authorities say he died of a heart attack, but his family has called this into doubt.

In August 2019, the European Court of Human Rights (ECHR) found that Magnitsky was denied sufficient medical assistance while in prison. The court added that investigations into the events surrounding his death had also been lacking. 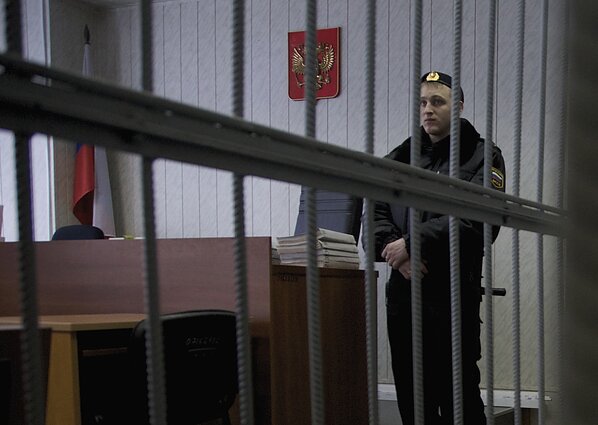 Police officers stand near a cage in a courtroom in Moscow, Russia, on March 11, 2013. Magnitsky was convicted posthumously / AP

Shortly after Magnitsky's death, US Democratic Senator Ben Cardin of Maryland pushed for sanctions against those responsible in Russia. In late 2012, Congress passed the Magnitsky Act, which was signed by then-President Barack Obama. The act gives US authorities the power to freeze bank accounts and ban individuals from entering the country. Initially, the list of those subject to sanctions consisted largely of lesser-known Russian justice officials who the US claimed were involved in Magnitsky's prosecution.

In 2016, the law was broadened into the Global Magnitsky Act (GMA). The new law allows US authorities to pursue people accused of human rights violations anywhere in the world. The law has enabled US sanctions against Chechen leader Ramzan Kadyrov, for instance. Most recently, the act allowed US authorities to sanction individuals connected to the 2018 murder of Saudi Arabian journalist Jamal Khashoggi. 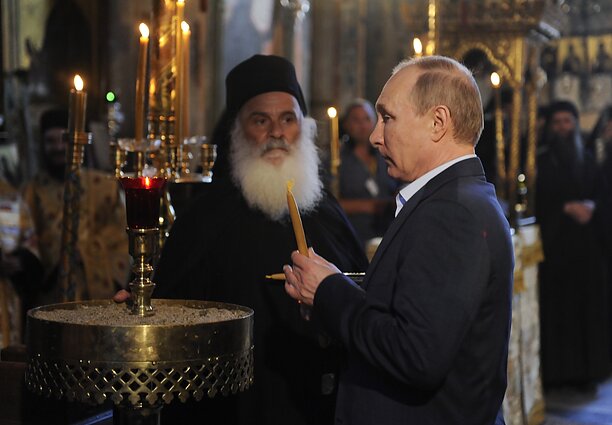 Russia's reaction: A conviction of Browder and a ban on adoptions

A Russian investigation into Magnitsky's death found that he had died of natural causes. The case was then closed and Magnitsky was posthumously convicted of tax evasion in 2013. Browder was also convicted in absentia on two counts of tax evasion and given long prison sentences on both counts. Moscow has issued a number of Interpol arrest warrants for the Kremlin critic but has so far failed to detain him.

Russia's initial reaction to the Magnitsky Act came in December 2012, when Moscow issued travel bans for US citizens who it claimed had been involved in human rights abuses or attacks against Russia from abroad. Russia's Foreign Ministry controls the names on that list.

One element of the Russian law that caused great concern was a clause banning US citizens from adopting Russian orphans. The practice had become common after the collapse of the Soviet Union, when thousands of children were adopted by American families. Russian media quickly began calling that clause the Dima Jakovlev law, referring to a Russian boy who died shortly after arriving in the US when his adoptive father left him in a car in extremely hot weather.

Which other countries have adopted the Magnitsky Act?

Outside the US, the Council of Europe has also intensely examined the Magnitsky case. A 2013 report called for sanctions that were then adopted by a number of European Union countries. Following Washington's lead – with campaigning from Browder – Canada, Estonia, Latvia and Lithuania all passed Magnitsky laws. A similar clause in the UK, which will aid the fight against money laundering, will likely go into effect after the UK has left the EU.

Some political parties in Germany, as well as lawmakers such as Norbert Röttgen of Chancellor Angela Merkel's Christian Democratic Union (CDU), have also called on the German government to pass a similar Magnitsky law. So far, that has not happened.

Meanwhile, a new Magnitsky initiative has been put forth in the European Parliament. It, too, would establish the power to freeze bank accounts and deny entry to the EU for individuals accused of human rights abuses. Much like the US, the EU initiative is aimed not only at Russia but applies globally. 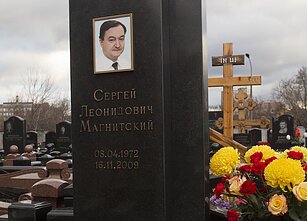 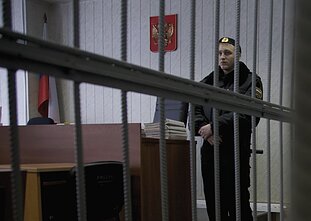 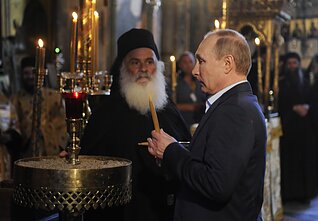