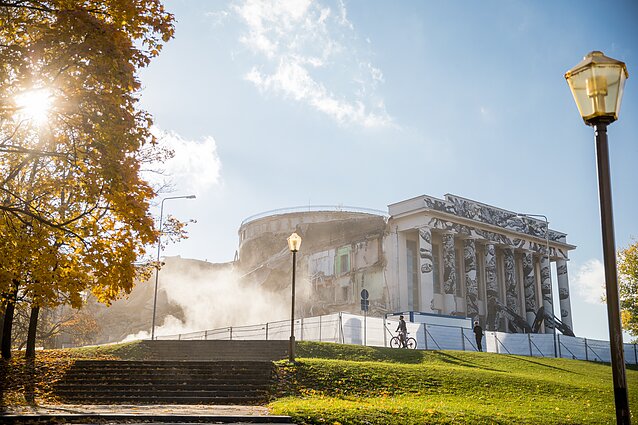 The Palace of Trade Unions under demolition / J. Stacevičius/LRT

A Cold War-era bunker has been discovered underneath a building that has just been demolished in central Vilnius, the city's authorities have reported. The 1950s Palace of Trade Unions was razed to the ground last month to make way for a new concert hall.

A huge hideout underneath the columned edifice on the Tauras Hill was equipped for sheltering people in the event of a war. The Municipality of Vilnius plans to give a tour in the bunker later on Monday.

The demolition of the Palace of Trade Unions is to be completed by the end of the year at a cost of 1.8 million euros. The works began in early October.

A new 52-million-euro concert hall, designed by the Spanish firm Arquivio Architects, will be built on the site overlooking the city from a hilltop by 2023. 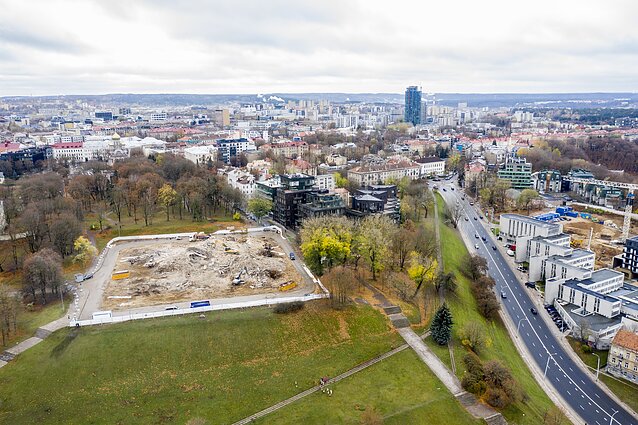 The site of the Palace of Trade Unions / BNS

The Palace of Trade Unions was constructed in 1956 after a typical Soviet project designed in the style of socialist historicism, also known as the Stalinist classicism.

The building is a prime example of Soviet transitional architecture that followed the 1955 resolution condemning excesses of Stalinist building. Constructions planned before the decision were completed, but the buildings were stripped of all neoclassical ornamentation.

The site was previously a Lutheran cemetery, traces of which can still be seen in an adjacent park. 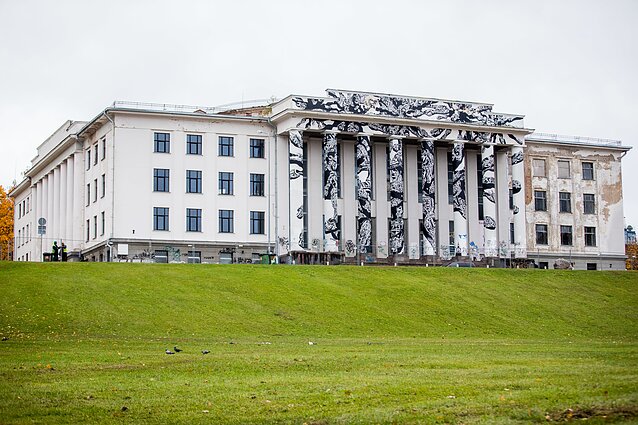 The Palace of Trade Unions before demolition / J. Stacevičius/LRT 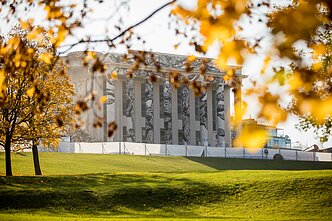 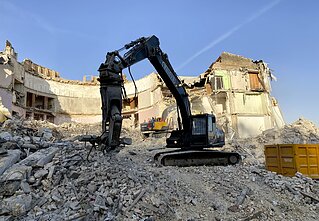 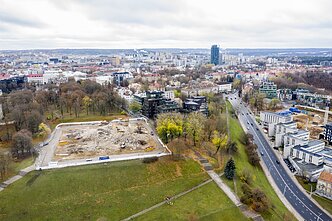 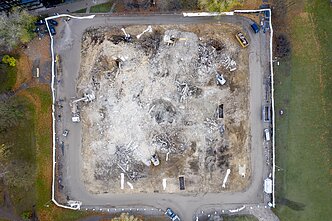 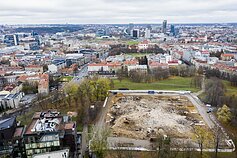 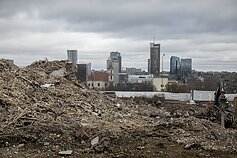 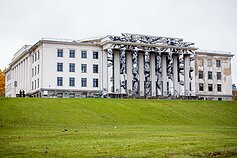