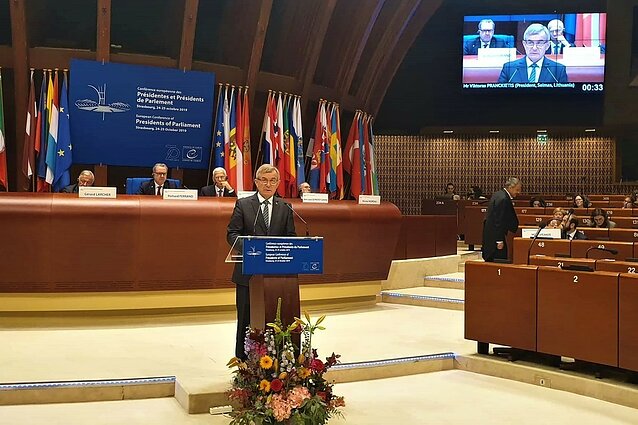 Viktoras Pranckietis in Strasbourg / Secretariat of the Seimas Speaker

Vyacheslav Volodin, the chairman of Russia's State Duma, and the majority of the country's delegation left the conference room in Strasbourg on Thursday when the Speaker of the Lithuanian Seimas, Viktoras Pranckietis, delivered a speech on sanctions for countries that violate human rights.

“Part of the Russian delegation stood up and left the room” when Pranckietis mentioned human rights violations and Russia's occupation of Crimea, Gintarė Žukautė, the head of Pranckietis' secretariat, told BNS.

When the Lithuanian parliament speaker finished his speech, the Russians returned to the conference room, she added.

Pranckietis is attending the European Conference of Presidents of Parliament in Strasbourg. In his speech, he suggested that the Council of Europe was using double standards when it readmitted Russia earlier this year.

“We do appreciate that the rights of Russian citizens will be further protected under the European Convention on Human Rights. At the same time, however, we can see the negative consequences of the decision of the Parliamentary Assembly of the Council of Europe (PACE) on Russia’s unconditional return. The reasons for which it was expelled have not been eliminated, though,” the Lithuanian parliament speaker said.

He added that the Council of Europe would not legitimate Russia's annexation of Crimea.

“Sanctions must be applied immediately to the countries that violate the principles of the Council of Europe, the sovereignty of other countries, human rights and democratic values,” he said. 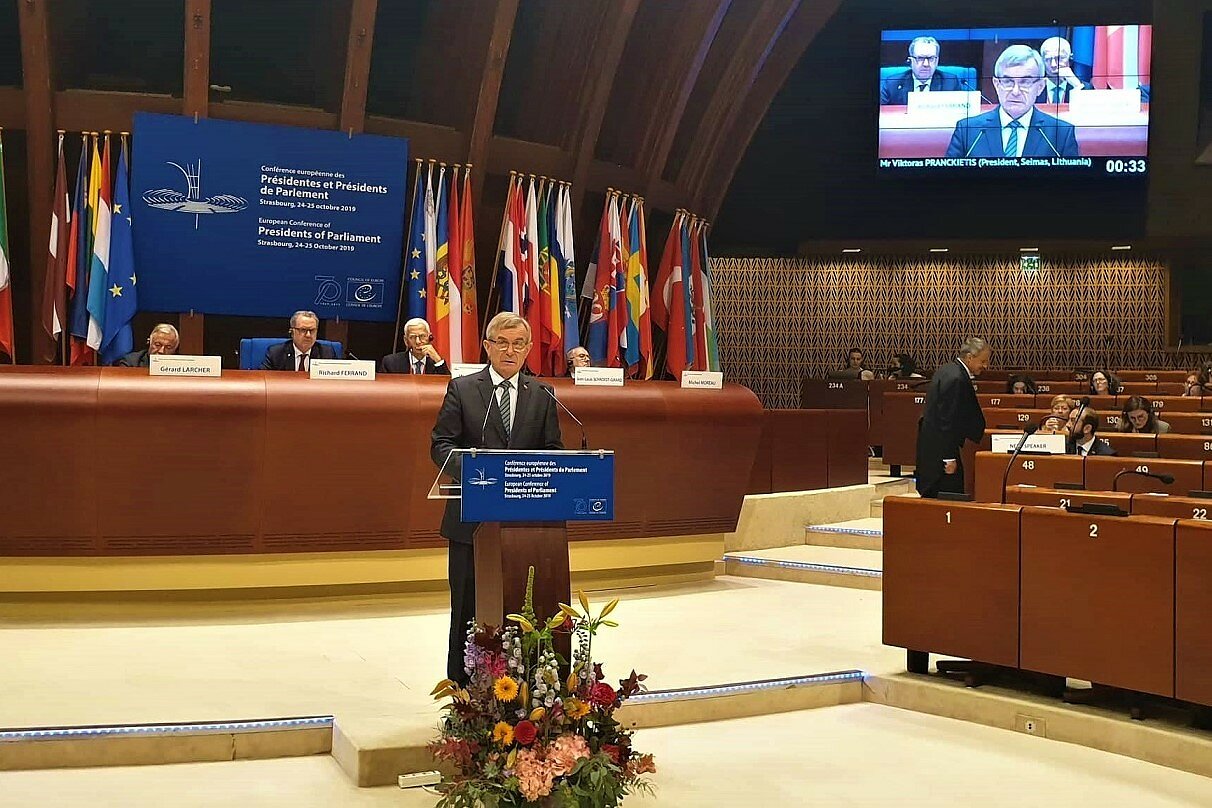 Viktoras Pranckietis in Strasbourg
1 / 1Secretariat of the Seimas Speaker