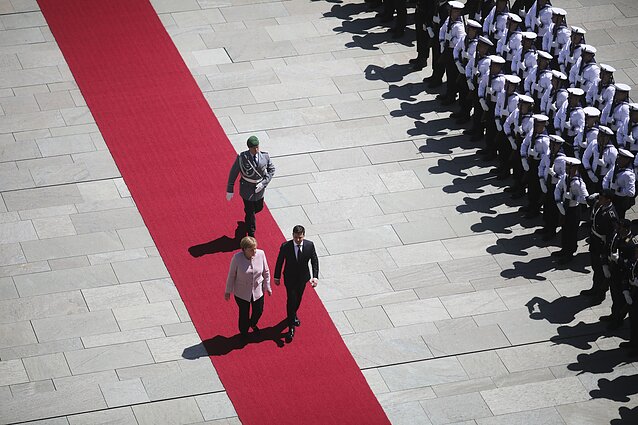 US President Donald Trump told his Ukrainian counterpart Volodymyr Zelensky in a controversial phone call that Germany does "almost nothing for Ukraine." Is there any truth to his claim?

According to a memo released by the White House, US President Donald Trump told Zelensky in a telephone call that, "Germany does almost nothing for you. All they do is talk."

"When I was speaking to Angela Merkel, she talks Ukraine, but she doesn't do anything," Trump added.

His comments were made in the context of a longer conversation revolving around possible future US assistance to Ukraine.

The memo shows that Zelensky agreed with Trump's criticism, telling him that he "was absolutely right. Not only 100%, but actually 1000%." 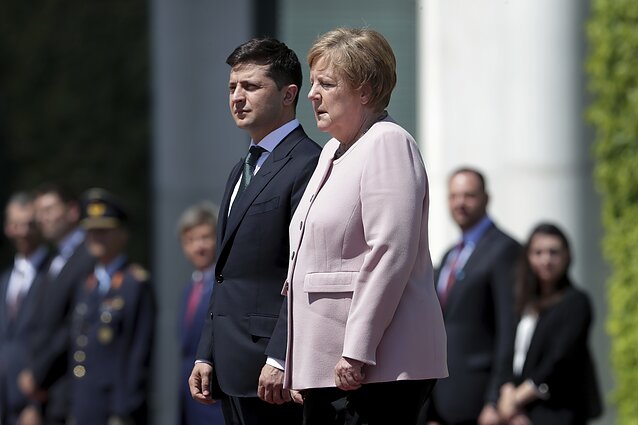 Ever since the 2014 annexation of Ukraine's Crimean Peninsula by Russia and the outbreak of fighting between Russian-backed separatists and government troops in eastern Ukraine, support for the former soviet republic, whether through aid or sanctions, has taken on increased geopolitical significance.

It was not clear from the phone call memo whether Trump and Zelensky were criticizing Germany for failing to provide a specific type of support.

However, according to the latest OECD figures, Germany is the third largest donor to Ukraine after the European Union as a whole and the US.

Additionally, figures provided to DW by the German Foreign Ministry indicate that since 2014, the country has pumped almost €1.2 billion ($1.3 billion) of bilateral financial aid into Ukraine. This total includes some €544 million of official development cooperation, €110 million in humanitarian aid, a financial loan of €500 million, and some €25 million for stabilization measures, such as conflict monitoring and the promotion of the rule of law. Germany has paid another €200 million to Ukraine via EU aid contributions. 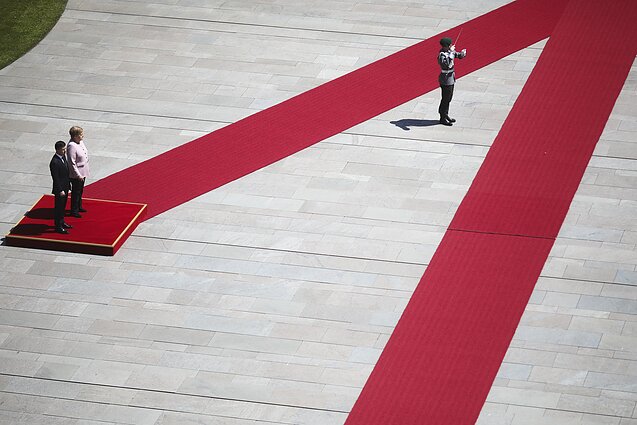 In his phone conversation with Trump, the Ukrainian president also said that he had met with Merkel, as well as French President Emmanuel Macron, and told them that, "They are not enforcing the sanctions" against Russia that were put in place after the annexation of Crimea. "They are not working as much as they should work for Ukraine," Zelensky added.

However, both Germany and France exerted substantial influence in the Normandy format peace talks between Russia and Ukraine. In 2015, these resulted in the ever-shaky ceasefire known as the Minsk Agreement.

"In the peace talks of the Normandy format [...] Germany has also been working [...] for many years to resolve the conflict in eastern Ukraine," the Foreign Ministry told DW, referring to the grouping that associated the Minsk deal.

In German government circles, Merkel is also viewed as a strong supporter of EU sanctions against Russia, which were extended earlier this month until January 2020.

Merkel said in June that, "As long as there is no progress on this front, the sanctions cannot be lifted, and the sanctions related to Crimea can only be lifted if Crimea returns to Ukraine".

Yet not all Germans share the chancellor's view. Some politicians, particularly those in eastern Germany, are calling on the government to ease the sanctions before Germany's next general election in 2021. Their opposition is due in large part to the effects of reciprocal measures introduced by Moscow that have hit the German agricultural sector.

Another thorny issue complicating relations between Ukraine and Germany is the controversial Russia-Germany gas pipeline known as Nord Stream 2. It is due to be completed by the end of 2019 and once finished, it will deliver Russian gas directly to Germany via the Baltic Sea, bypassing Ukraine.

Ukraine is worried that the pipeline could give Russia increased political leverage over the EU. Also, like neighboring states in Eastern Europe and the Baltics, Ukraine fears the Kremlin could eventually cut off gas deliveries to and through the country, thereby threatening its energy security.

During Zelensky’s visit to Berlin in June, Merkel sought to ease Ukrainian fears, saying that she has repeatedly told Russian President Vladimir Putin that Ukraine's status as a transit country for gas is "essential, so very, very important".

"President Putin has always stressed to me that he understands that," Merkel said.

The pipeline was not mentioned in the phone call memo between Trump and Zelensky.

However, as Ukraine has looked to diversify its energy sources, it has turned towards the US. In August, Washington and Kyiv agreed to increase cooperation for deliveries of American natural gas to Ukraine.

Meanwhile, Lithuania has continued providing military aid to Ukraine, and is known as one of the strongest advocates for Ukraine internationally. 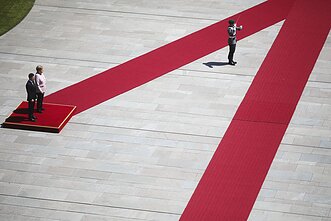 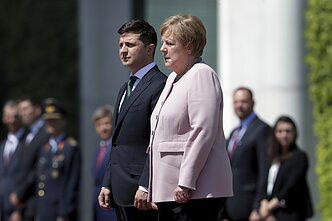