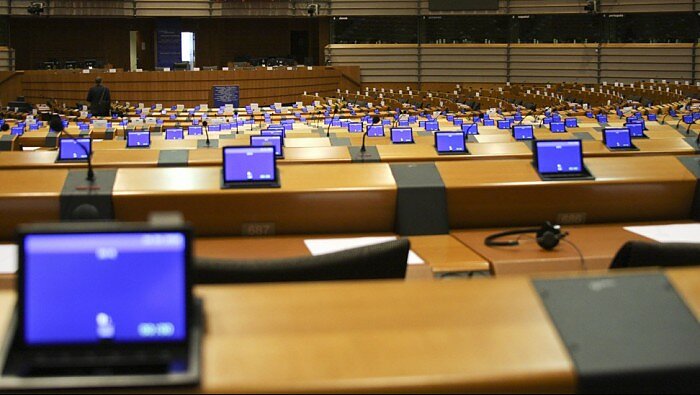 European Parliament urges Lithuania to solve disputes around the implementation of the Ignalina Nuclear Power Plant (INPP) closure and threatens to withdraw funding.

The Committee on Budgetary Control of the European Parliament has sent its delegation on the official trip to Lithuania. Delegation sought to evaluate if the European funds for decommissioning of the INPP had been used effectively.

The EP Delegation has met with the INPP management and representatives of Nukem, a Russian-owned company that is carrying out the plant’s key decommissioning projects, and the Lithuanian Government. Parliamentarians raised doubts weather Lithuania is using the European Union funds effectively.

The Committee highlights that continued disputes between administration of the INPP and Nukem result in huge waste money. Only 457 million Euros of 1100 million have been so far used for the implementation of the closure project.

Nukem is carrying out two major projects of the closure, at the moment. It builds storage facilities for used nuclear fuel and radioactive solid waste. The cost of both projects has gone well over double, while performance is being significantly delayed.

Lithuanian Government admitted that in carrying out the closure certain mistakes did take place. However, it hopes that European Parliament will decide on continuation of financial support for the plant’s decommissioning.

Parliamentarians urge changing the principles of project implementation and resolving differences. Some of the Lithuanian politicians see this urging as a pressure to descend to Nukem. Government insists that there is no chance of coming to agreement with Nukem by the middle of July, as indicated by the European Parliament.

Further on, Lithuania plans establishing a new Central Project Management Agency to enable monitoring the implementation of closure projects and more effective administration of the European Union assistance funds. Lithuanian Government is of the opinion that the Agency will help speeding up the process of the closure.

Conclusions from the EP Budgetary Control Committee’s delegation will have a major impact on the European Parliament’s decision whether or not to continue providing financial support for Lithuania.

Lithuania's only Soviet-era INPP, of a similar design as that at Chernobyl, was permanently shut down in 2009, in line with its EU accession agreement.

1. Bus of the European Parliament delegation

Michael Theurer, Chairman of the EP Committee on Budgetary Control:

If the commercial and technical disputes are not resolved over July 2012, the Budgetary Control Committee will probably discuss the suspension on providing funding for closure.

4. Various shots of the Delegation and the Government meeting

If they continue pressing us to pay contractor for poor quality of work and blackmail that they will not give enough money for a new financial period, there will be a point that someone will have to assume the responsibility. And that will not be the European Parliament, but persons, who in particular made the decision.