Heat wave in Lithuania to reach critical level on Thursday

The record high temperatures are expected tomorrow – 8 August – with temperature rising up to +37 C°, www.delfi.lt informs.

The record high temperatures are expected tomorrow – 8 August – with temperature rising up to +37 C°, www.delfi.lt informs.

Lithuania’s hydro-meteorological service has warned that the temperatures are to vary between 30 and 35 C°; however, the temperature can climb further up affected by the over-heated land.

“Record-breaking heat happens when the air temperature exceeds 30 degrees three days in a row. This is what happened on Tuesday, Wednesday, and now is expected on Thursday and Friday,” said Izolda Marcinonienė, chief specialist of Lithuanian hydro-meteorological service.

Last year’s heat record in Lithuania was +35,5 C°, so far this level has not been reached this summer, but Thursday seems to break that indicator. This year’s May has been marked as the hottest in 50 years.

Marcinonienė also said that the heat wave will mostly affect the south-western areas and the sea coast. She added that cities are likely to suffer the most as the asphalt roads tend to absorb and emanate heat, therefore increasing the actual temperature by 2-3 degrees.

The highest temperature was registered in Lithuania in 1994 on 30 July. That day the temperature climbed up to +37, 5 C°. The coldest summer was in 1966, when August night temperatures showed a mere +1 C°. 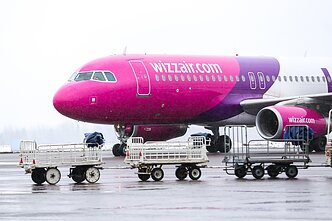 Wizz Air to resume flights from Lithuania to Norway

Lithuanian Railways under fire for €363m deal with ‘dubious company’ 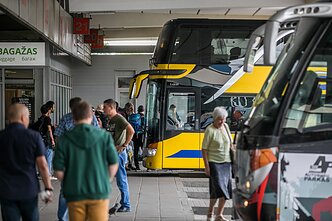 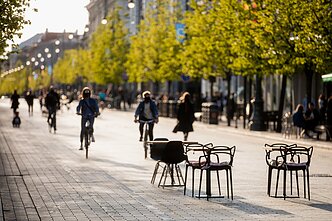 Lithuanian employers vow not to cut wages, if income tax is reduced

Heat wave in Lithuania to reach critical level on Thursday