On 8-9 July,  2013, Trakai hosted the 11th International Karaim language camp, which was organised by the Lithuanian Karaims Culture Community, helped by a professor of Turkic Language Studies of Uppsala University, Éva Á. Csató Johanson, writes www.delfi.lt with reference to the news agency ELTA.

On 8-9 July,  2013, Trakai hosted the 11th International Karaim language camp, which was organised by the Lithuanian Karaims Culture Community, helped by a professor of Turkic Language Studies of Uppsala University, Éva Á. Csató Johanson, writes www.delfi.lt with reference to the news agency ELTA.

As of 2012, the camp is sponsored the Turkish International Cooperation and Development Agency (TIKA) and the Turkish Cultural Institute Yunus Emre.

In addition, both, Lithuanian Karaims Culture Community and Polish Karaims Community, were cooperating on a project called ‘Karaims’ pathways. Poland and Lithuania’s encounter’ (polish -Karaj joBBary-Karaimskie drogi. Spotkania pomiędzy Polską a Litwą), which was financed by the Polish Ministry of Foreign Affairs’ department of Public and Cultural Diplomacy.

The activities of the Karaim language camp were also supported by the Lithuanian Ministry of Culture and Trakai District Municipality.

Karaim Language Summer Camp is an international project, which has been successfully carried out by the Lithuanian Karaims Culture Community for 11 years.

Karaims and cultural experts, who are interested in Karaims’ culture, from Lithuania, Poland, Russia, Ukraine, and France, attend the camp, where they learn the basics or, if they are more experienced, deepen their knowledge of the Karaim language. It is the time when Karaims from all over Europe can come together and interact, discuss what is happening in separate communities, as well as share their news and experiences.

During the evening academic seminars, stories about the works of Karaim intellectuals and public activists were told. In addition to learning the Karaim language, participants had an opportunity to take dance classes from a professional oriental dancer Yasam Balkoca, who hailed from Izmir, Turkey.

Yasam taught some elements of the oriental dance not only the members of Karaim ensemble ‘Birlik’ (‘Unity’), but also everyone who was willing to learn. During the closing concert, Yasam Balkoca gave a professional performance.

Karaim communities from Lithuania, Poland, Russia, and Ukraine were also invited to become part of the Karaim educational network, which was Csató Johanson’s initiative.

This network is designed to promote Karaim’s linguistic and cultural heritage studies, as well as the promotion of the mobility between the scholars and the representatives of the communities.

This year’s Karaim Language School focused on the discussion of the heritage of Lithuania’s Karaim poets. Among the most significant was the poet Shelumiel Lopato (1904-1923), the 90 years’ anniversary of whose death is commemorated this year. 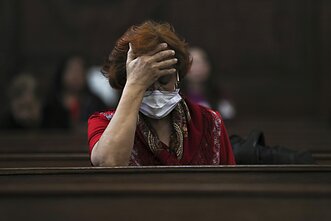