On Friday the Cabinet of Ministers announced that an increase in the minimum wage (MMS) has not caused a massive wave of unemployment. Opposition party member, Jurgis Razma has data that suggests otherwise.

On Friday the Cabinet of Ministers announced that an increase in the minimum wage (MMS) has not caused a massive wave of unemployment. Opposition party member, Jurgis Razma has data that suggests otherwise.

“The threats that were announced earlier do not reflect reality after analysis. There were 3,400 more jobs created in January this year compared to last year,” said Prime Minister Algirdas Butkevičius.

Razma, the First Deputy Chair of the Lithuanian Parliament’s Homeland Union-Lithuanian Christian Democrats faction noted that the impact of increasing the minimum wage will not be noticeable until two or even four months later, since that is how long it takes for layoffs to be announced. However, Department of Statistics data for the month of January already shows that unemployment, which up until then had been decreasing (after eliminating seasonal factors), stopped at the 13.3% mark. Data provided by the State Social Insurance Fund Board (Sodra) also shows that there are now 10,000 fewer insured individuals than in December 2012.

“The Prime Minister highlighted the fact that personal income tax during the months of January and February has increased by 4.3%, compared to the same period last year. This is nothing to be proud of since the annual personal income tax increase in 2012, when compared to 2011 was 5.7%. In this case, the growth in income tax has been slowing,” claimed Razma.It is not surprising that Butkevičius did not mention the data on salary distribution intervals in his report, even though he received the data earlier than Parliament Member Razma. The data shows that the number of employees who earn wages lower than the minimum wage increased by 26,000, while the total number of employed people has decreased by 10,000.

“It’s obvious that since January, a certain portion of the workforce is employed on a part-time basis. In the future, that figure could increase, affecting both the public and private sectors. In the latest notable municipal complaint, regional administrations lack the 40 million Litas needed to pay for the increase in minimum wage, Territorial health insurance funds are not providing any extra funding for medical institutions resulting from the wage increase,” said Razma in his analysis of the situation.

Razma noted that while it was time to increase the minimum wage, which is what he encouraged his parliamentary faction to do, it is disappointing that Butkevičius’s cabinet took the step blindly, without consideration for how to deal with potential difficulties caused by the increase, and without solving the issue of lack of funding in the public sector. 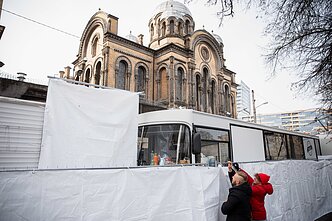 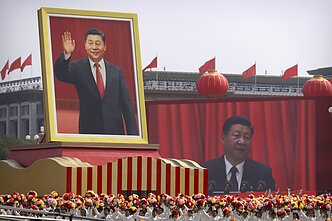 Trafficking of Lithuanians to Britain could increase after Brexit

Biggest book fair in Baltics kicks off in Vilnius – photos