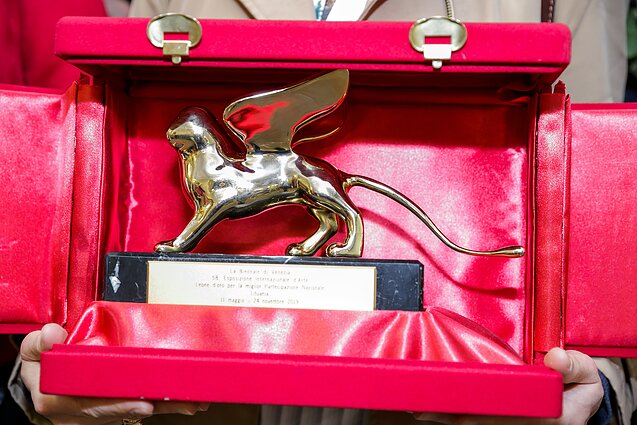 The Golden Lion awarded to Lithuania's pavilion in the Venice Art Biennale has highlighted inadequate public funding for the arts. The authors have resorted to crowdfunding and have yet to secure enough funding for the piece.

The trio behind 'Sun & Sea (Marina)' which represents Lithuania at the Venice Biennale, Rugilė Barzdžiukaitė, Vaiva Grainytė and Lina Lapelytė, brought home one of the most prestigious art awards. Despite the international acclaim, however, it is not clear if the winning opera performance will have enough funding to last until the end of the Biennale.

Some of the money for Lithuania's pavilion in Venice comes from the Council for Culture, the government agency distributing public funding to the arts, which set aside €173,000. 'Sun & Sea' needs additional €50,000, a shortfall that its authors hope to make up for through crowdfunding.

Before leaving for Venice, they had raised USD 3,500 and since the award was announced, donations have jumped to 26,500.

Lithuania's Minister of Culture Mindaugas Kvietkauskas, who attended the opening of the pavilion in Venice, has assured that the government will find the needed funds. 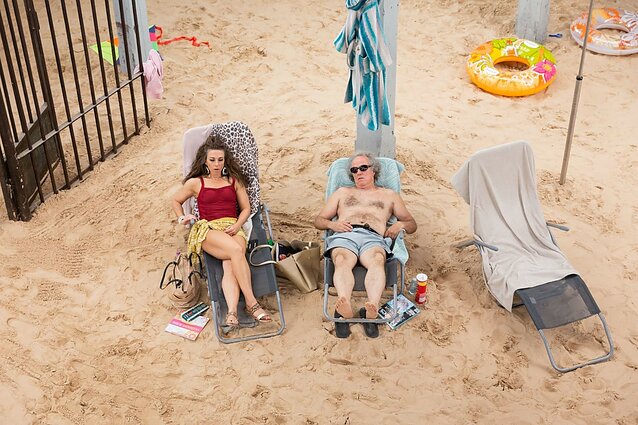 “This is a historic victory, an honour to Lithuania,” Culture Minister Kvietkauskas says about the Golden Lion award. “Clearly, we must help solve the problems, the ministry is looking for funds and I believe we will find some so that the authors don't need to worry and can enjoy their international achievement".

Meanwhile Daina Urbanavičienė, the chairwoman of the Council for Culture, says that the government must raise its funding for art projects, especially so that artists can participate in art and architecture biennales.

“We are discussing it and the amount of money given to the national pavilion is insufficient,” she says, adding that other governments set aside at least twice as much funding for their national pavilions. 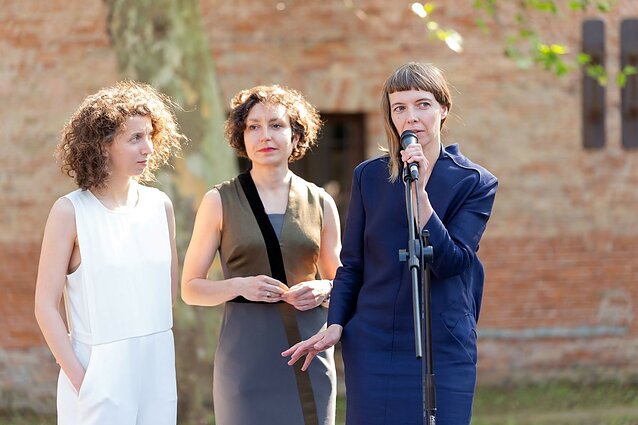 “Perhaps we should think about prizes like those that athletes have, after all the Art Biennale is the olympics of arts,” Urbanavičienė says.

'Sun & Sea (Marina)' is an hour-long opera performance. It is performed on a loop every Saturday from 10:00 to 18:00 in Venice. By the end of the Art Biennale in November, it will have been performed 240 times, provided its authors secure sufficient funding. 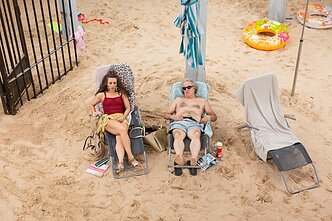 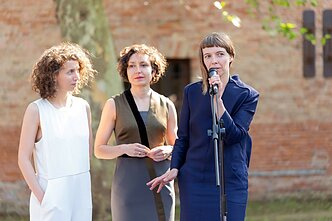