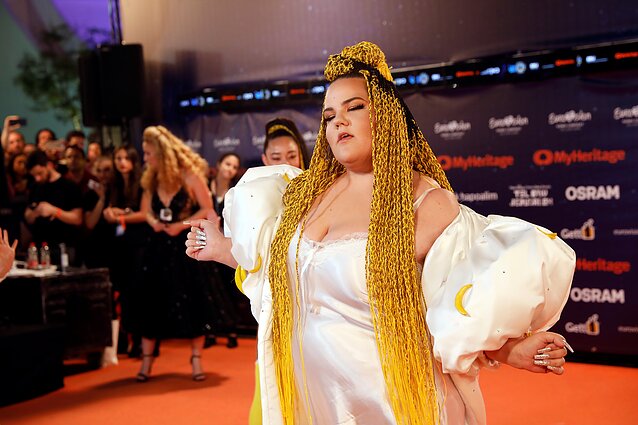 When Netta Barzilai raised the Eurovision trophy in Portugal last year, Israel promised that the 2019 edition of the show would be the most impressive one in Eurovision's 64-year-history.

Preparation for the Eurovision did not go without incidents. It began with months-long disputes with the European Broadcasting Union (EBU), mostly over Israel's wish to have the event in Jerusalem.

It is no secret that Israel wants to secure the international recognition of Jerusalem as its capital. Eurovision in Jerusalem would have doubtlessly angered the Muslim world even more, as it does not appreciate Israel's control in the city.

Long negotiations ended in Tel Aviv hosting the competition. However, the decision is said to have little to do with avoiding tensions with hostile nations.

Jon Ola Sand, the chief supervisor of Eurovision, has said that Jerusalem is a religious city and its authorities did not want to hear anything about rehearsals and preparation works on Sabbath.

For Eurovision organisers, that would be unacceptable – a dress rehearsal before the grand finale on Saturday night is a must. And so the EBU is said to have put its foot down to move the event to Tel Aviv. 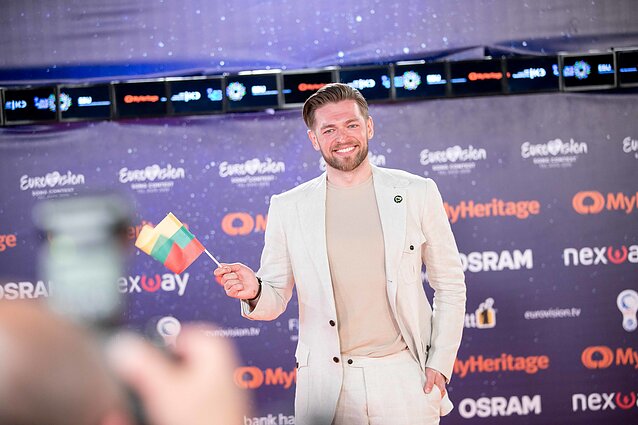 Whether one accepts the explanation or not, the point is clear: Israel is going to great lengths to make the 2019 Eurovision the most impressive event.

The Mayor of Tel Aviv Ron Hulday climbed onto the stage last Sunday, during the official opening event, to show that politicians aren't immune to the spirit of Eurovision, and the preceding Orange Carpet ceremony overwhelmed with luxuriousness.

Netta Brazilai herself was walking up and down the carpet, as was last year's runner-up from Cyprus Eleni Foureira and the Ukrainian star Verka Serduchka with a champagne bottle. Photographers could not take their lenses off one of the hosts, the Israeli supermodel Bar Refaeli. 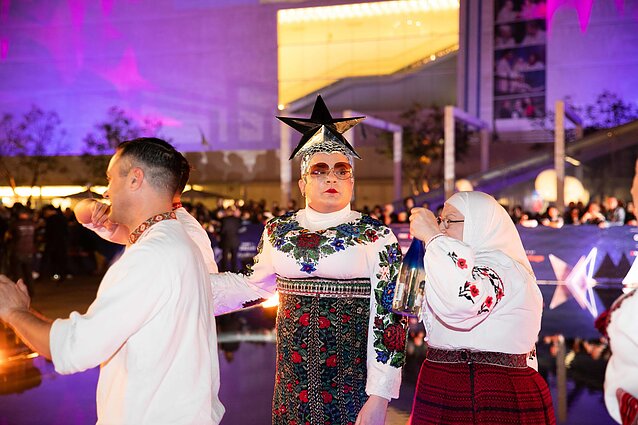 All this costs money and what we see is just the tip of the iceberg. Several days ago, under greatest secrecy and bans to even take out a phone from their pocket, Eurovision performers were allowed to see a rehearsal of Saturday's opening number. Without divulging any details, I can say that even experienced TV professionals were gasping and admitted that Israel took visual stage solutions to a new level.

And it makes little difference that, as I am writing these lines, it is still unclear if Madonna is guest-performing in Eurovision. On Monday, the EBU had yet to sign a contract with the American superstar.

With or without the queen of pop, Eurovision organisers are hell-bent on making an impression. The first attempt is on Tuesday night, though, to be honest, the songs in the first semi-final are not inspiring and make one regret that the Lithuanian entrant, Jurijus, has not been assigned a spot in it.

Qualifying for the final would have been easier than counting to ten. Standing out in the second semi-final, which includes most of Eurovision favourites, will be much more of a challenge.

At least one must be grateful that, so far, Eurovision has progressed without serious incidents. A week ago, when the arriving performers were greeted with a salvo of missiles from Gaza, the moods were sombre.

Indeed, security provisions at this year's Eurovision are unlike anything I've seen before. Police officers and soldiers continually patrol outside hotels accommodating the performers. Especially on the nights when they have to drive to rehearsals.

But it's not the missiles that have so far bothered the competition organisers most, but a band which, according to backstage rumours, has already been openly threatened with disqualification. 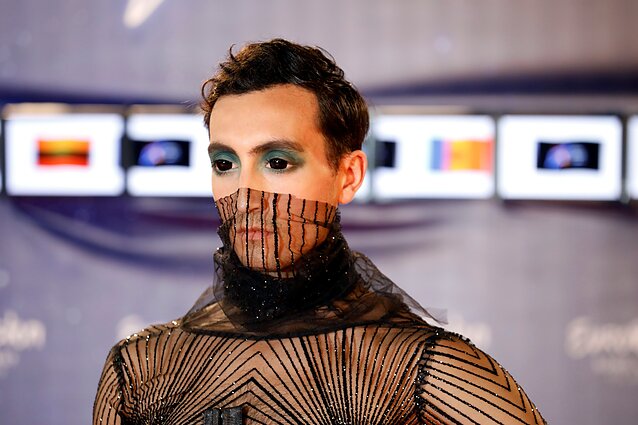 Being scandalous is the best way to attract attention from the media who are gladly publishing the Icelandic singers' provocative interviews. Eurovision functionaries have lost some sleep over them, since the rules prohibit making political statements.

The show must go on. The first semifinal on Tuesday night will feature, to put it mildly, some strange and colourful performances.

Will Israel live up to its promise to throw the most impressive Eurovision ever? We will find out soon enough. So far, there's no reason to believe that it won't. 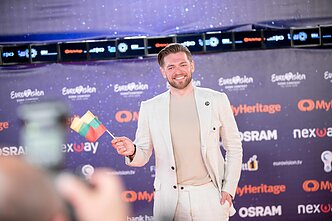 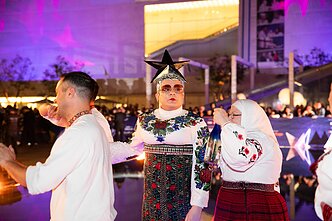 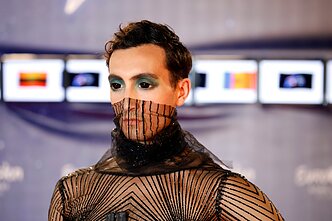 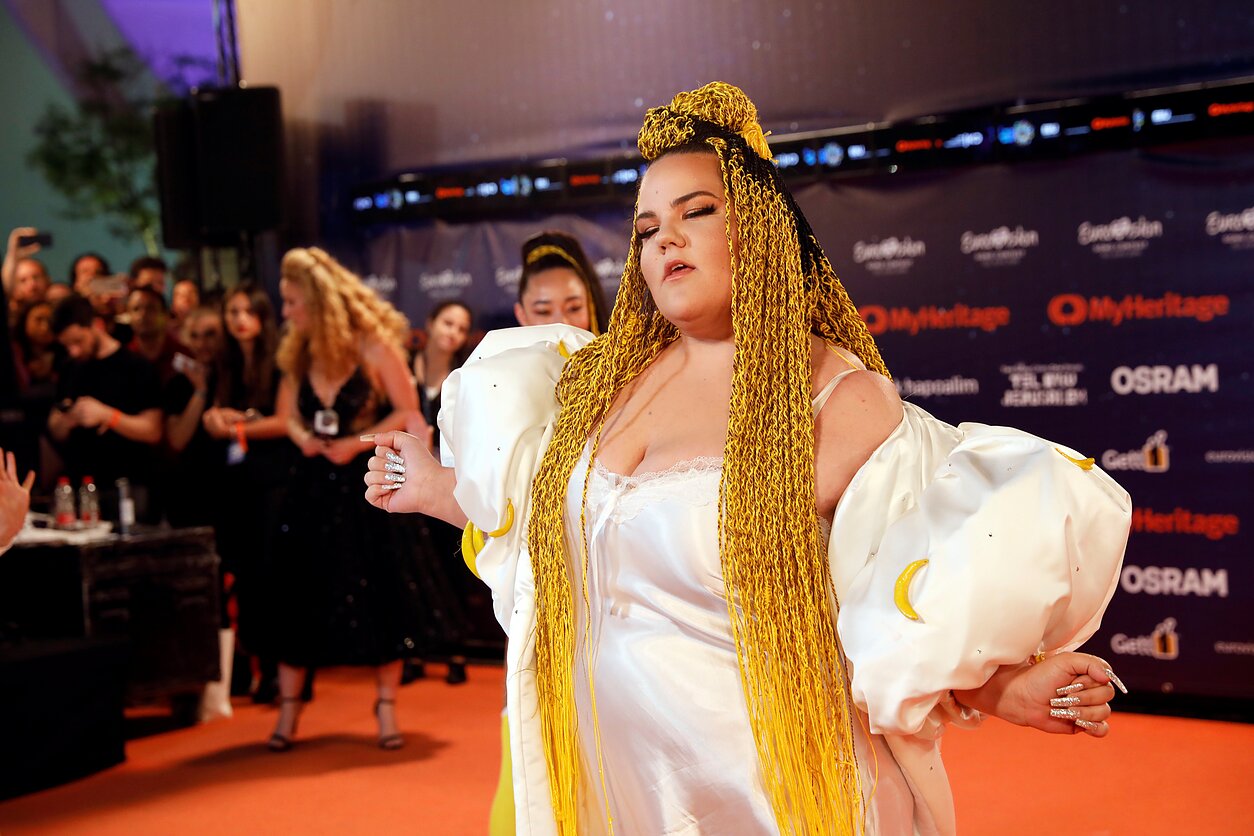 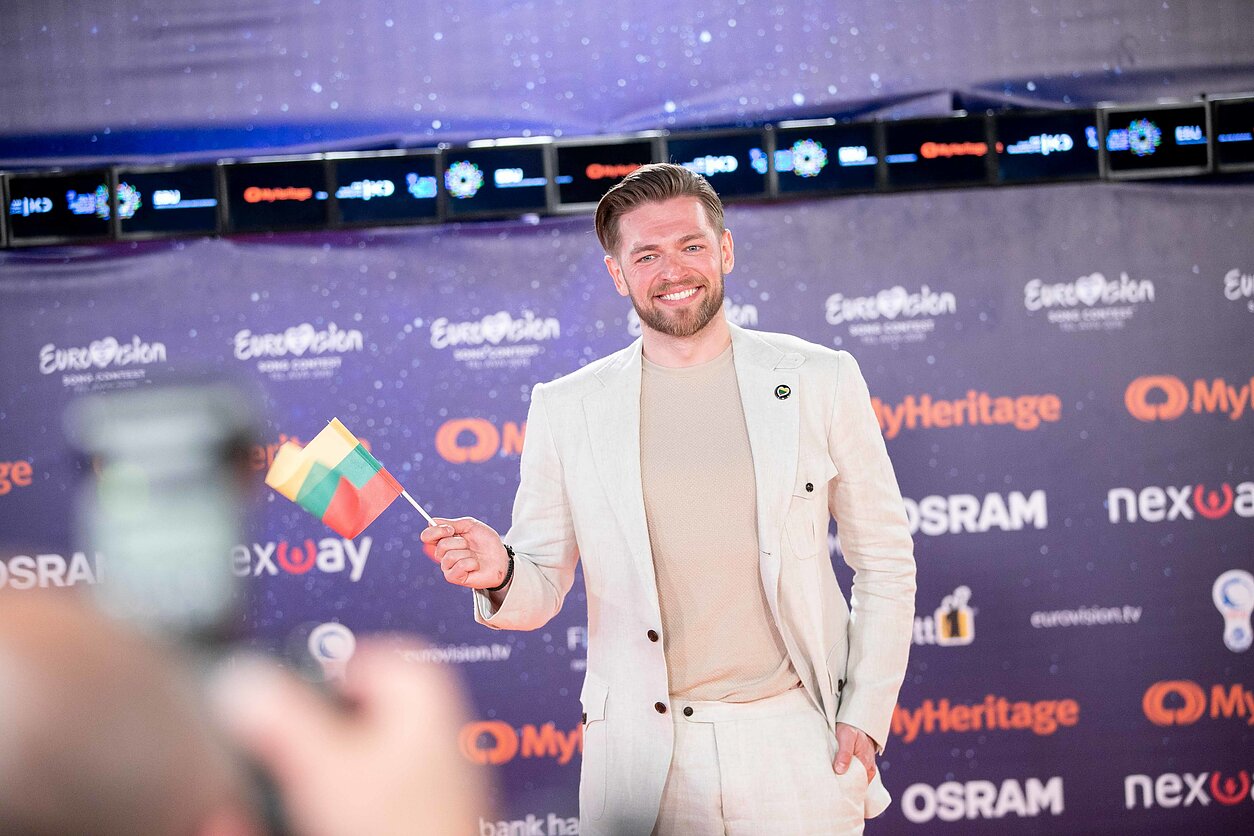 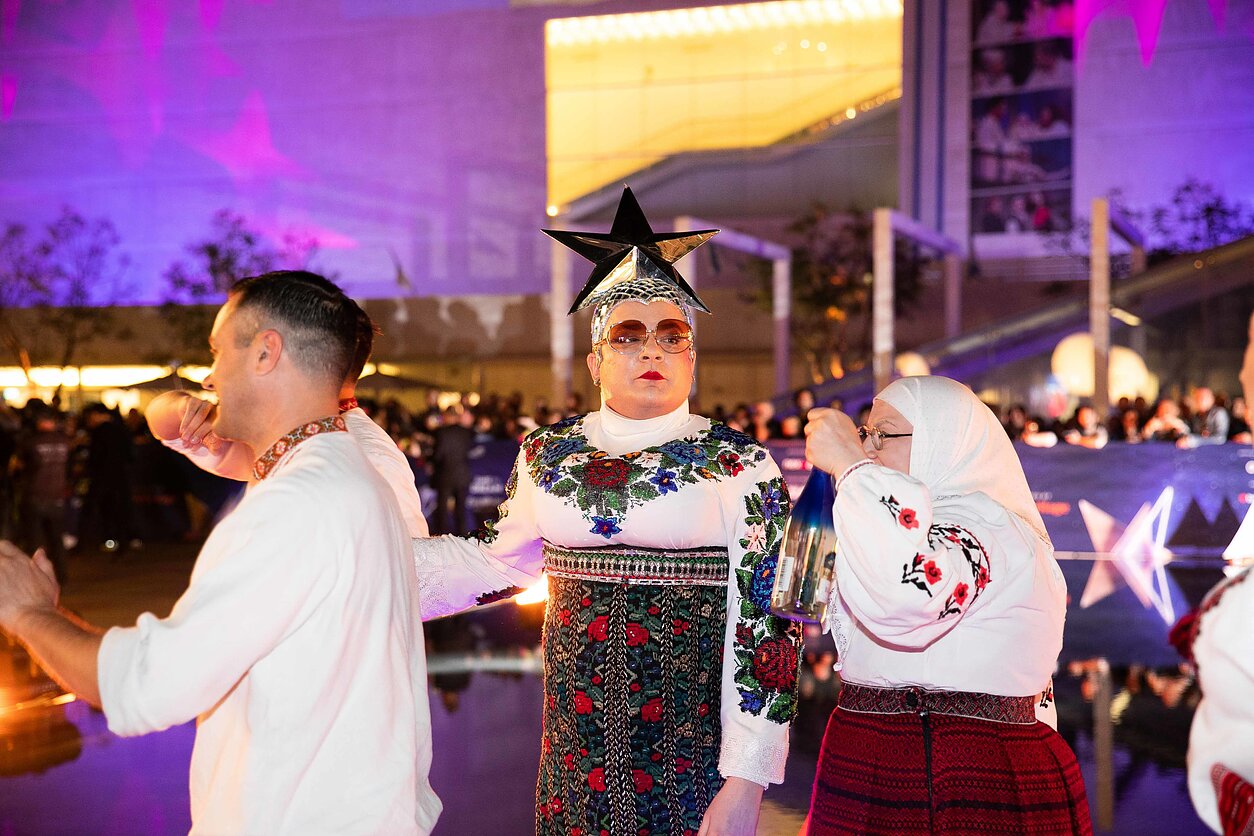 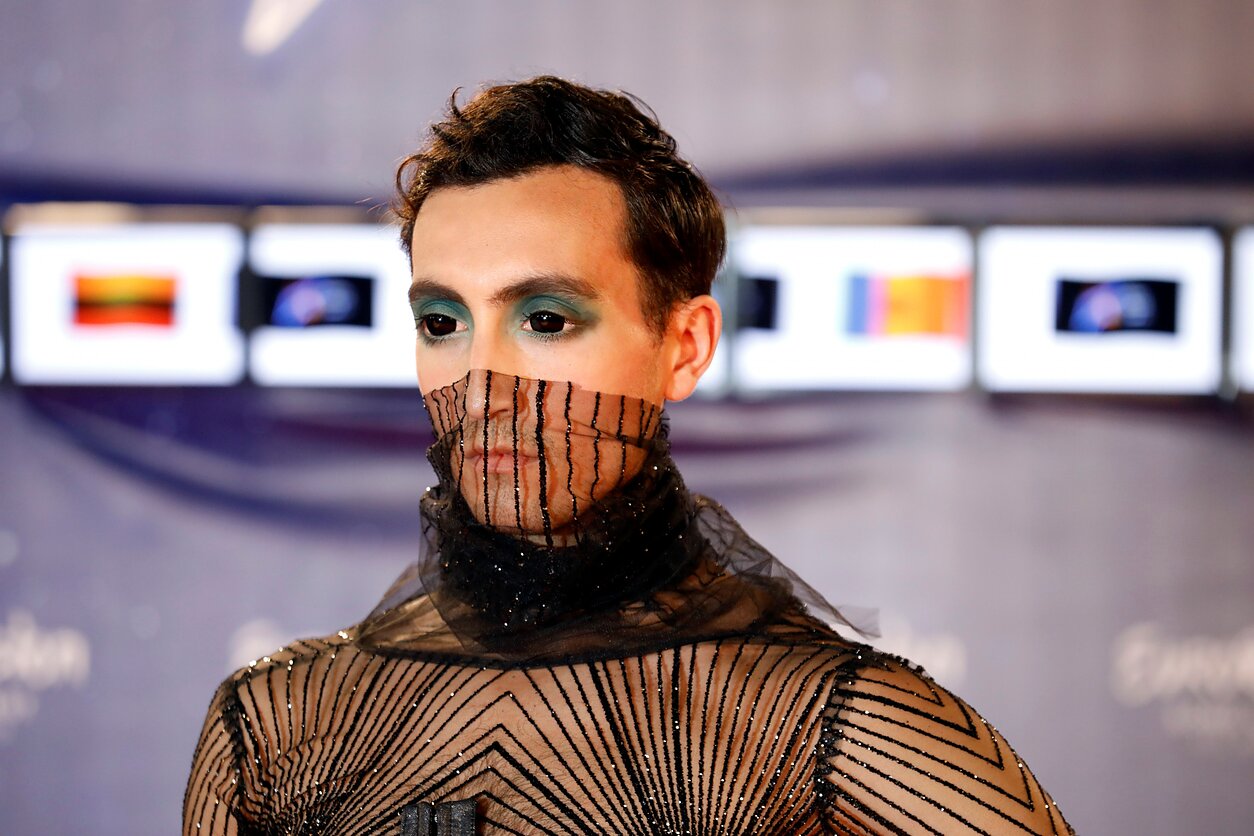