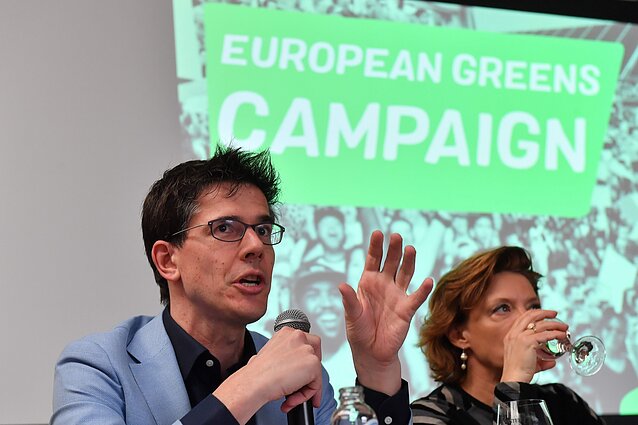 EU countries must end their reliance on Russia's energy giant Rosatom if they want to press Minsk on the Astravyets nuclear power plant, Bas Eickhout, an influential member of the European Green Party, said in Vilnius.

“You will have to have EU negotiations towards Belarus, because the insecurity of that plant will hit us,” said Eickhout, the European Greens' candidates for the next European Commission president.

“And I think this is something we have to be very tough on, but of course we need to have a united EU that is not relying on Rosatom themselves. It is undermining our strength to the outside world if we are inconsistent internally,” the Dutch politician said.

“So let's start with making the EU countries less dependent on nuclear knowledge of Russia,” he added.

The report concludes that “the dependency on Rosatom indeed is growing and that in some cases Rosatom is instrumental to political goals beyond the company's realm”.

Vilnius earlier sought to bring the project to a halt by initiating an electricity import embargo, but failed to secure support from other European countries and institutions.

The plant's first reactor is due to come online later this year, with the second reactor's launch scheduled for 2020.

The European Greens expect to consolidate their presence in the European Parliament after elections in May and to take part in a new ruling coalition.

“We won't be the biggest, but we will be needed,” Eickhout said.

# Baltics and the EU# Energy