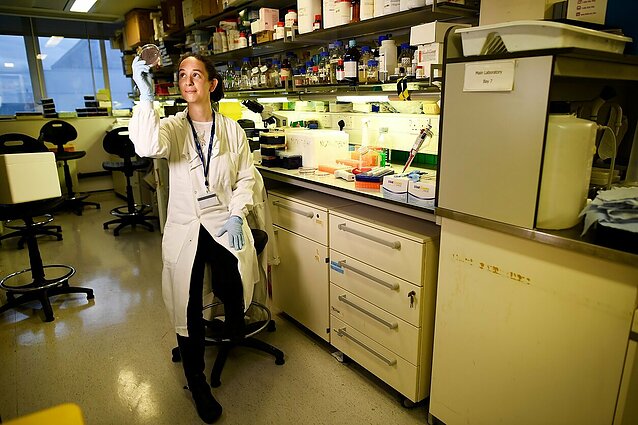 Women make up 58 percent of scientists and engineers in Lithuania / Photo: Scanpix

Unlike most other EU countries, Lithuania has more women scientists than men. While this could speak of greater gender equality, it has more to do with the social prestige of the profession, experts say.

There are some 17 million scientists and engineers in the European Union, according to Eurostat, and about 60 percent of them are men.

Yet in Lithuania, women dominate scientific and engineering professions – 58 percent are women, according to Eurostat.

Lithuania seems to be welcoming its women into the scientific profession – more so than Luxembourg, Finland, Hungary, Austria or Germany, where fewer than one in three women are in science.

What may be the reason?

“I believe that number one explanation is the fact that, in many post-Soviet and post-socialist countries, scientific research funding is well below the level of the EU countries with different historical experience,” says Dr Aurelija Novelskaitė, associate professor at Vilnius University Gender Studies Centre and senior fellow at the Lithuanian Social Research Centre.

“As a rule, women tend to be concentrated in economically less profitable sectors,” she adds.

“We can metaphorically compare the current situation to the one in the early twentieth century when universities opened up to women students. General socioeconomic developments, busts and booms required more skilled labour. Women were and still are the labour force that gets mobilized when the economy needs it, and are pushed aside during economic recessions,” she says.

In the early 1990s, when Lithuania underwent an economic transition and a massive economic contraction, the prestige of scientific professions went down alongside academic salaries and social security in the field, and the number of women doctoral candidates started to go up.

The rise slowed down somewhat in 2004, the year Lithuania joined the European Union which stimulated expectations for economic revival in scientific research. When these hopes failed to materialise, the feminisation of the country’s scientific community continued.

In 2012, the share of female researchers in Lithuania was higher than in any other EU country, in contrast to the situation in state administration and business.

“Moreover, Lithuania is among the EU member-states with the highest number of “insecure” – part-time, open-ended – job contracts in the scientific research sector. Such a professional environment is hardly attractive, therefore men more often opt for other professional and economic fields that can offer better remuneration opportunities,” says Dr Novelskaitė.

Notably, the status of women in the academic hierarchy “put Lithuania in the bottom among the EU member-states,” according to Dr Novelskaitė, based on career achievement and opportunity indicators.

She rejects the notion that men and women are inherently different in their professional inclinations.

“Research shows that women’s ambition is often stifled or that women and men are assigned different roles in the family. I agree that this contributes to character formation, but not to the extent that it should suppress one’s learning ability, analytical and critical thinking skills, creativity, curiosity, sense of morals,” Dr Novelskaitė says.

The directions and volumes of research in fundamental and applied sciences in any given country largely depend on national policies rather than individual choices, she adds.

“If you look at performance indicators like the number of publications, patents, projects, etc., statistical data in Lithuania are still quite meagre, research of the subject is fragmentary and so one can hardly use them to draw reliable conclusions about similarities and differences of women and men in science. Except, of course, about their statistical distribution in different scientific fields, age, a few other indicators.

“In light of scientific research on the subject in other countries, one can talk about men publishing relatively more papers, but women being quoted more often; men being more successful in their grant applications, etc.,” she says.

Explaining the apparent feminisation of scientific research in Lithuania is a complex task, says Bronė Narkevičienė, dean of the Faculty of Mathematics and Natural Sciences of Kaunas University of Technology.

However, the fact that relatively fewer men pursue scientific careers does have an impact on the country’s economic development. 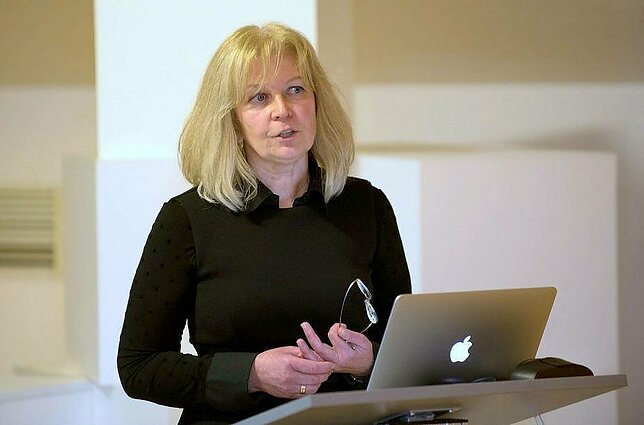 “To give a well-grounded answer [about why women outnumber men in scientific research], one must know the share of working-age men and women in other Baltic states, what the share of men and women with higher education is in other countries. One of the reasons for this phenomenon is population composition, another, differences in how many people in each group have prerequisites for a scientific career, i.e., academic degrees,” Dr Narkevičienė explains.

In Lithuania, women make up 51.2 percent of the labour force. In terms of education, 34.8 percent of women and 26.5 percent of men have university degrees.

The discrepancy gives rise to some urgent questions, Dr Narkevičienė says. Why are men less motivated to pursue higher education? What impact does it have on the state and the society? Why, in a society where women are better educated than men, there are more men in leadership positions? Why the national parliament, charged with making decisions that shape the development of the country and the society, is also dominated by men?

“Therefore a more pressing question is not why we are so phenomenal in terms of the share of women scientists and engineers – but why our menfolk seem content with less education. What are the reasons behind patriarchy in positions of power and decision making and what are the consequences for the development of the Lithuanian society and economy?” she asks.

“There are more women not just in science, but also in business and politics. I think it’s great that financial considerations and stereotypes do not limit women’s choice whether to pursue professional growth or dedicate their time and talent to the family,” she says. 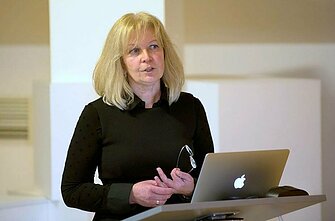 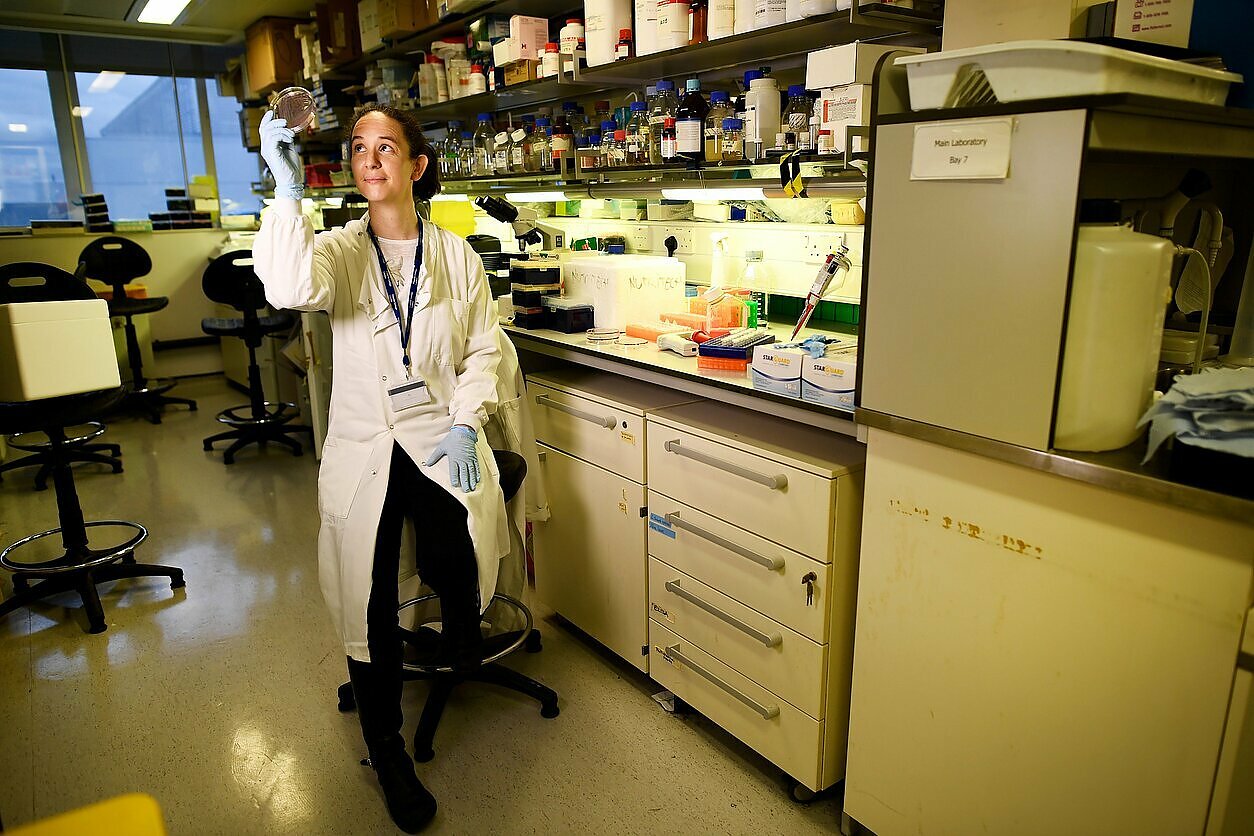 Women make up 58 percent of scientists and engineers in Lithuania
1 / 2Photo: Scanpix 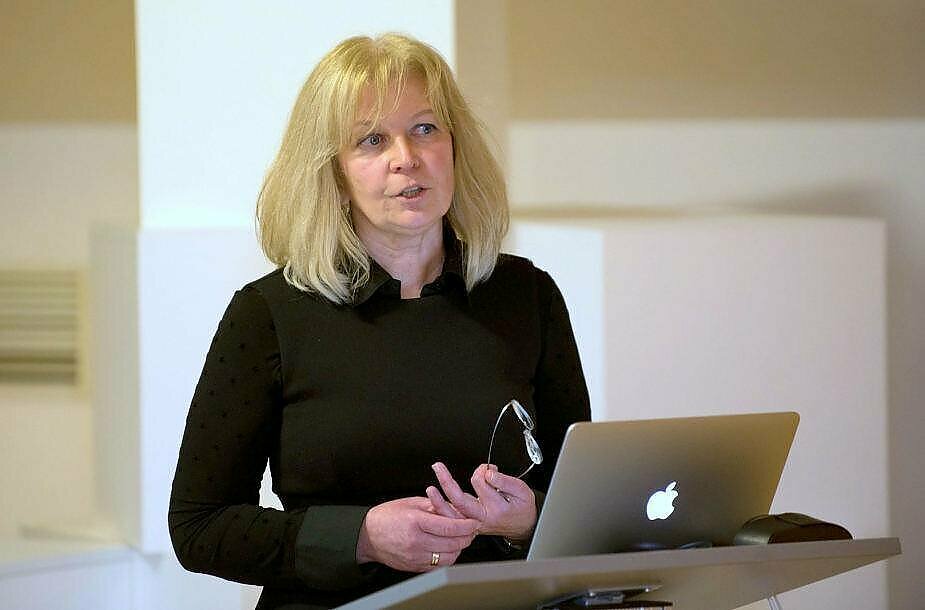