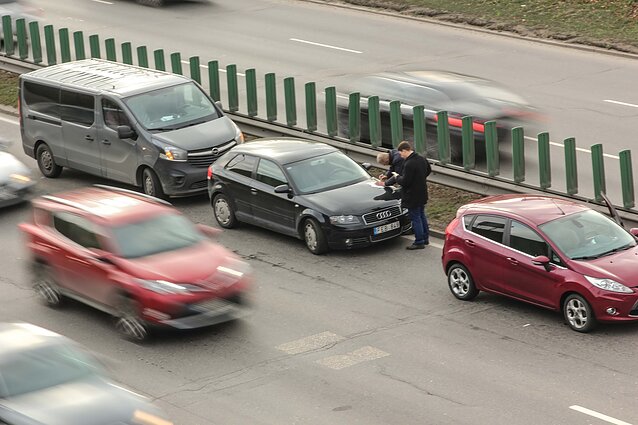 The number of road fatalities went down in Lithuania last year but remains above EU average, the latest figures from the European Commission show.

There were 61 traffic-related deaths per one million people in Lithuania last year, down from 67 in 2017 but well above the EU average of 49.

The EU countries with the best road safety results in 2018 were the United Kingdom (28 deaths/million inhabitants), Denmark (30/million), Ireland (31/million), and Sweden (32/million).

The report draws attention to the fact that a large number of vulnerable road users were affected: pedestrians, cyclists, motorcyclists and the elderly, particularly in urban areas.

“With demographic changes and the ongoing trend towards active and sustainable mobility, these groups are expected to represent a higher proportion of road users in the future, and will require particular attention,” the European Commission report states.

The Commission has already delivered concrete measures for boosting vehicles and infrastructure safety, and both were agreed upon by the Parliament and Council in early 2019.

For infrastructure, risk mapping will be carried out for all motorways and for primary roads, and all safety assessments, audits and inspections will have to take into account vulnerable road-users.

Per regulation, all new vehicles will have to be equipped with a number of safety features, such as Intelligent Speed Assistance to help drivers keep within the speed limit, and other proven technologies such as Automated Emergency Braking and Lane Keeping Assistance.