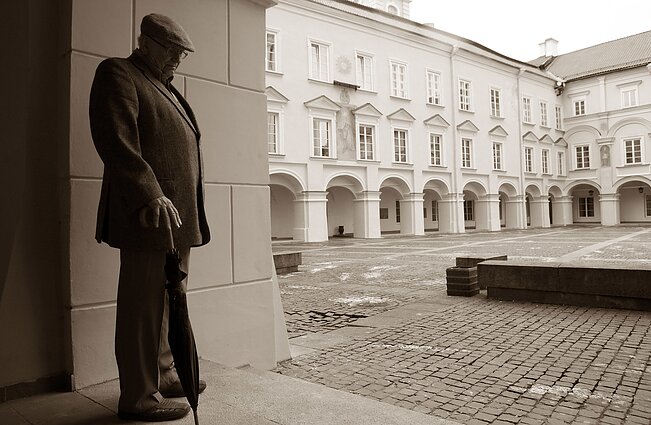 Around a thousand Jewish, Polish and Lithuanian students were expelled from Vilnius University during Nazi Germany and Soviet occupations of Lithuania. Over seven decades later, the university has decided to award symbolic diplomas to those whose academic careers were interrupted by the tumultuous twentieth-century history.

Two cattle wagons departed from Lithuania in 1948, filled with people bound for labour camps in Russian Siberia. Among them was Antanas Algirdas Ramanauskas, a student at Vilnius University, expelled for “anti-Soviet activities”.

He is one of around a thousand other students and professors, expelled by occupying Nazi Germany and Soviet forces during and after the Second World War.

Over seventy years later, Vilnius University has decided to award eighty-five “Memory Diplomas” during the 440-year anniversary of the institution in April 2019.

Among them were victims of Stalin’s repressions in the Baltic states, as well as Jewish students expelled by the Nazi authorities.

“Do not just study professions – study history. History is an ominous thing,” Ramanauskas grinned somberly as he accepted the diploma.

Antanas Algirdas Ramanauskas was born in 1928, and became a gymnasium student during World War Two. There, he was drawn to the anti-Soviet partisan movement. 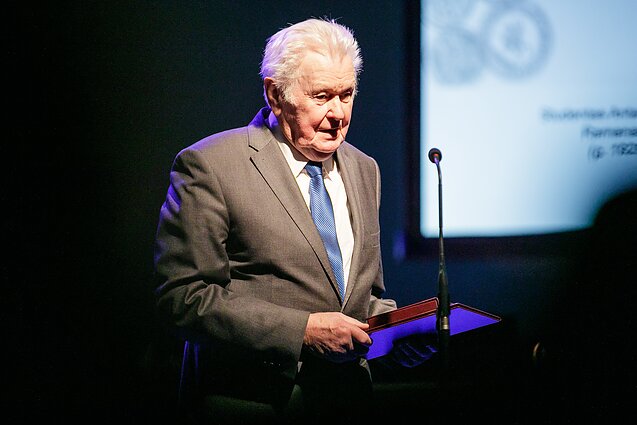 In 1947, he enrolled in the Faculty of Physics and Mathematics of Vilnius University. Several months later, Ramanauskas received an official warning for skipping military training and, in less than six months, he was accused of anti-Soviet activities, expelled from the university and sent off to Gorlag, a labour camp for political prisoners in Norilsk.

“In Gorlag, we were stripped of nationalities, they identified us by numbers,” Ramanauskas recalled.

During his student years, Vilnius was “a cold, hungry city”, Ramanauskas said. Lithuanian was hardly spoken in the streets and his only solace was attending lectures at the university. However, it was not to last.

“A fierce war was raging in Lithuania and war claims its prisoners. We were three friends who got arrested. We were bound for goldmines, but they suddenly changed the route and directed us to Narilsk, to a new camp, Gorlag. When we arrived, it turned out there was no camp yet, so we ended up in Narilag,” Ramanauskas told LRT.lt.

“Of the 400 Lithuanian officers there, 60 people survived. They were all fit, strong men. Later, you could see prisoner graveyards dotting the tundra of Narilsk,” he added.

In addition to hard labour, inmates of the camp were subjected to gratuitous abuse, according to Ramanauskas. For example, they would be forced to stand for hours in freezing cold. 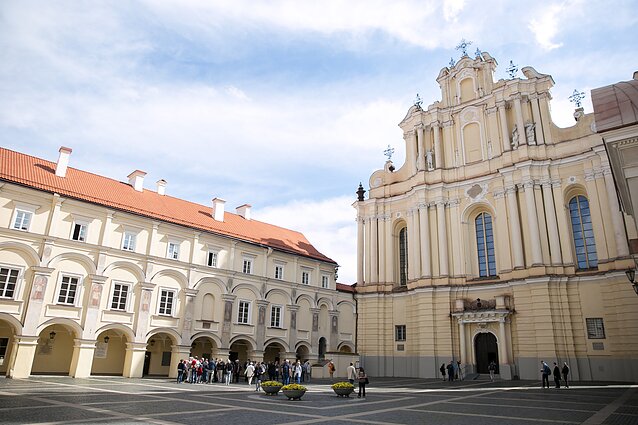 “Imagine this: 2,000 inmates standing outside in the cold of 40 degrees below zero – and stay there for an hour; our limbs were frostbitten. For remedy, they would cut off a felt shoe and put an inmate’s foot into boiling water. One professor from Leningrad, who was interned with me, said that this cure felt like Dante’s circle of hell,” Ramanauskas recalled.

When he was released from the camp, he had the option of returning to Vilnius University. However, he said, the authorities did everything to discourage prisoners from returning home. And so he stayed in Russia and graduated from a university there.

She recalls spending three and a half months waiting for execution in isolation. She then learned that her death penalty was reduced to 20 years of imprisonment.

Yet, her spirit was much stronger while waiting to be executed, she said.

Of the 85 people who received the “Memory Diplomas” from Vilnius University, 31 were deported during operation “Priboy” in 1949. Only two former students accepted their diplomas in person, others were handed to their families.

At the ceremony, Vilnius University also paid tribute to 47 students and professors who were expelled in 1941 because they were Jews.

Rector Artūras Žukauskas said that Vilnius University felt obliged to look into its history, including its darkest chapters, and rectify past mistakes.

“Unless the university takes itself seriously as a guardian of the society’s freedom, as a persistent analyst of increasingly complex ethical problems, as a protector of democratic practices, there may come a time, as we’ve seen happen before, when someone else is making decisions for us,” Žukauskas said at the ceremony. 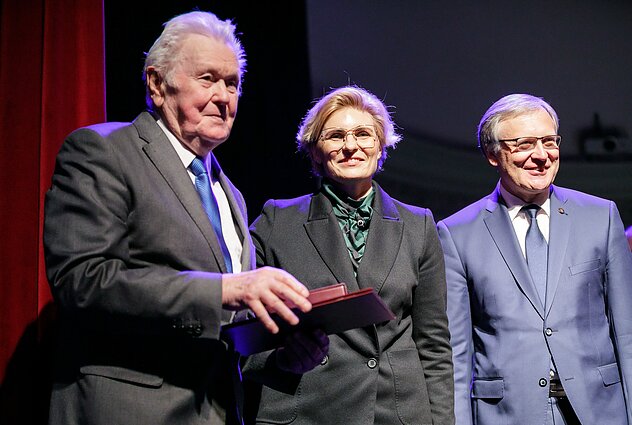 A letter from the past

About a thousand people are entitled to the “Memory Diplomas”, according to Vilnius University. Many of them are long departed, some others could not be located.

In 1941, when Nazi Germany occupied Lithuania, Vilnius University was forced to expel some 650 Jewish faculty members and students, about 80 Poles and a German professor whose wife was Jewish.

Several hundred more left the university during the Soviet occupations of 1940-1941 and after 1944.

The idea to award symbolic diplomas to these people was inspired by a letter from Moshe Lapidot, a medicine professor from Israel. He wrote to Vilnius University about his uncle who was a student at the Faculty of Mathematics and Natural Sciences before the war. He had been studying Physics and Chemistry for eight semesters before being expelled on July 1, 1941.

Several days prior, the Department of Education, under instructions of the German occupying forces, had released an order that Vilnius University must let go of all its Jewish staff and members with communist sympathies.

“Our country suffered massive human and intellectual losses, lives were redirected or violently terminated, opportunities circumscribed.“For us, it’s an opportunity to review our history and understand, an attempt to repair historic justice and a huge step forward,” said Dr Jurgita Verbickienė, a historian, during the diploma awarding ceremony. 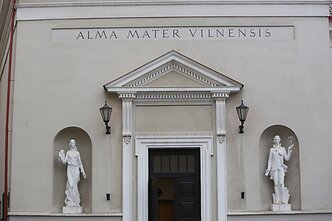 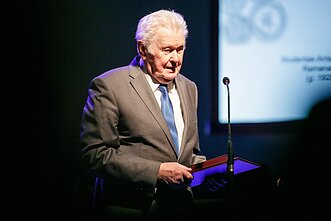 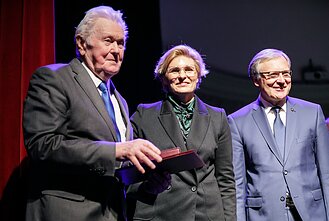 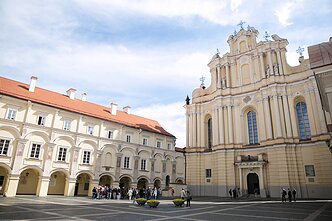 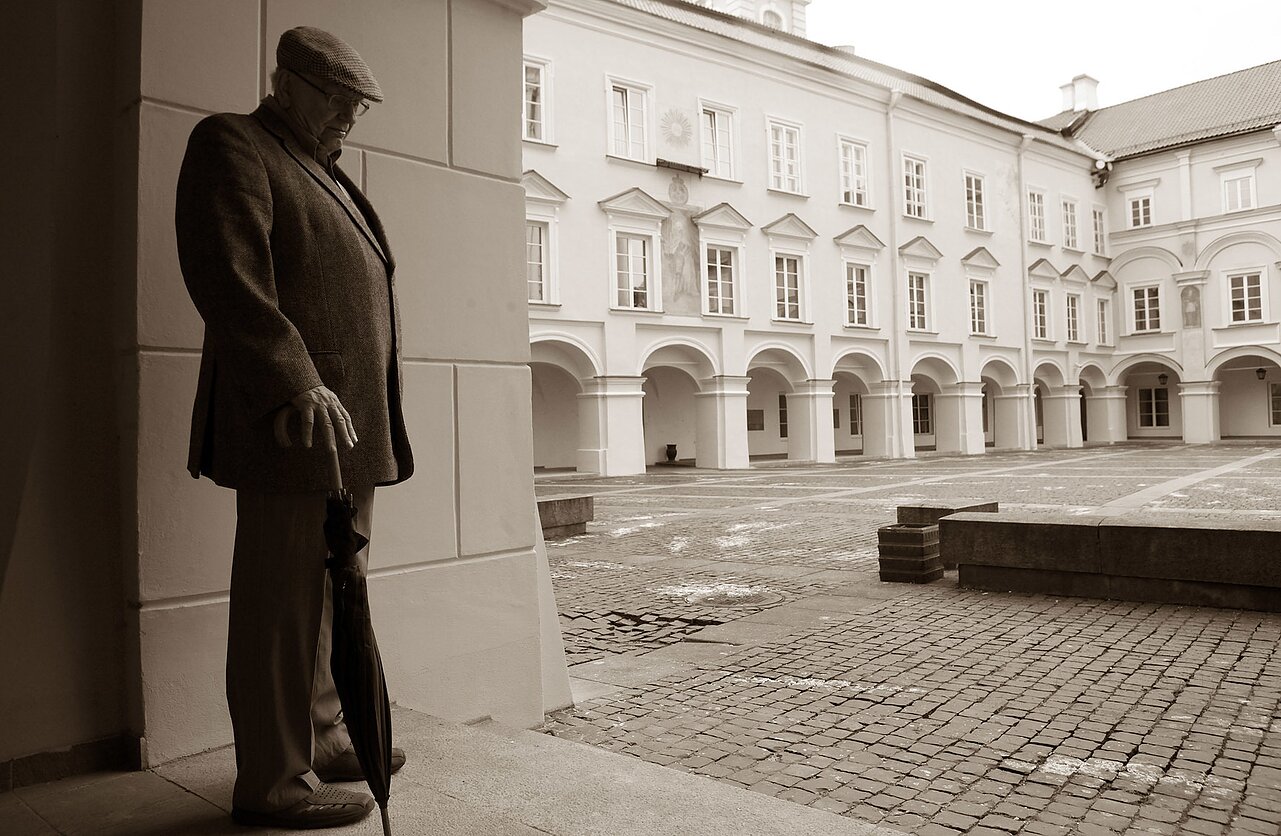 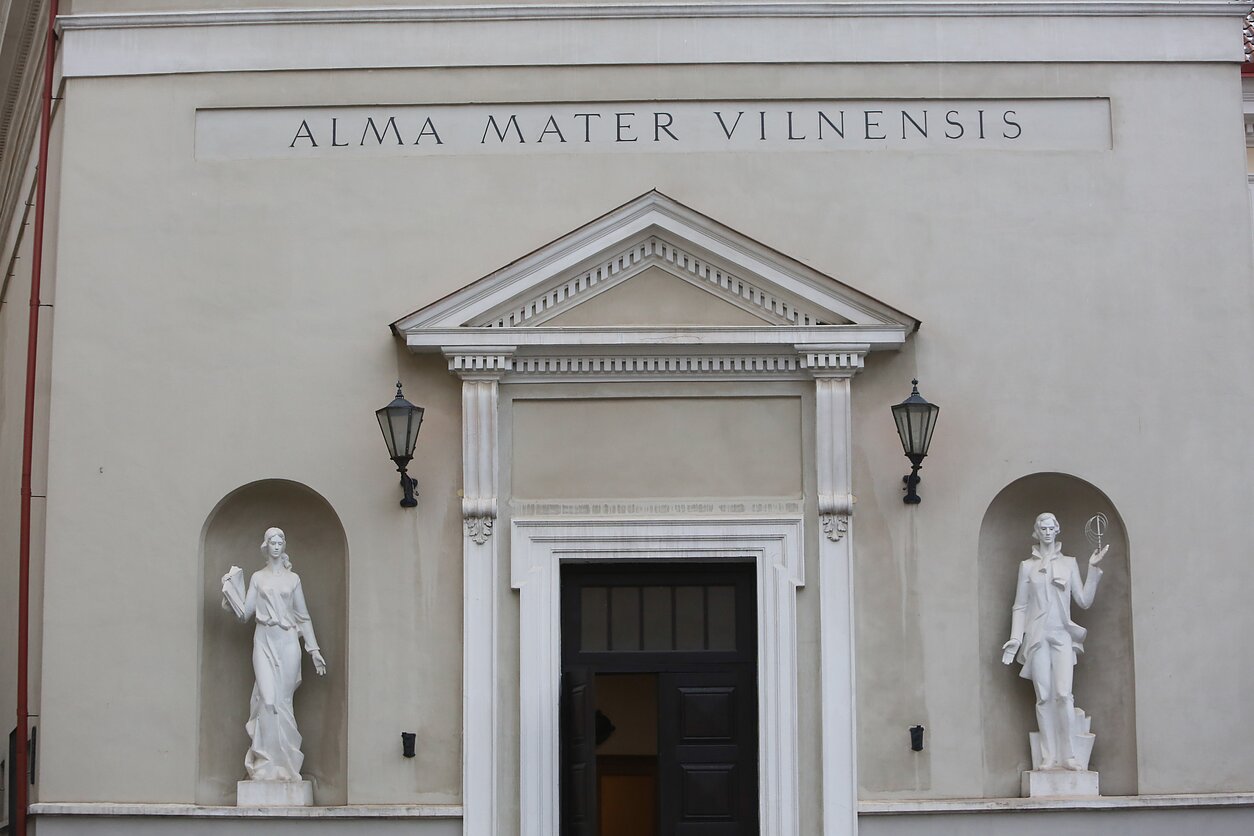 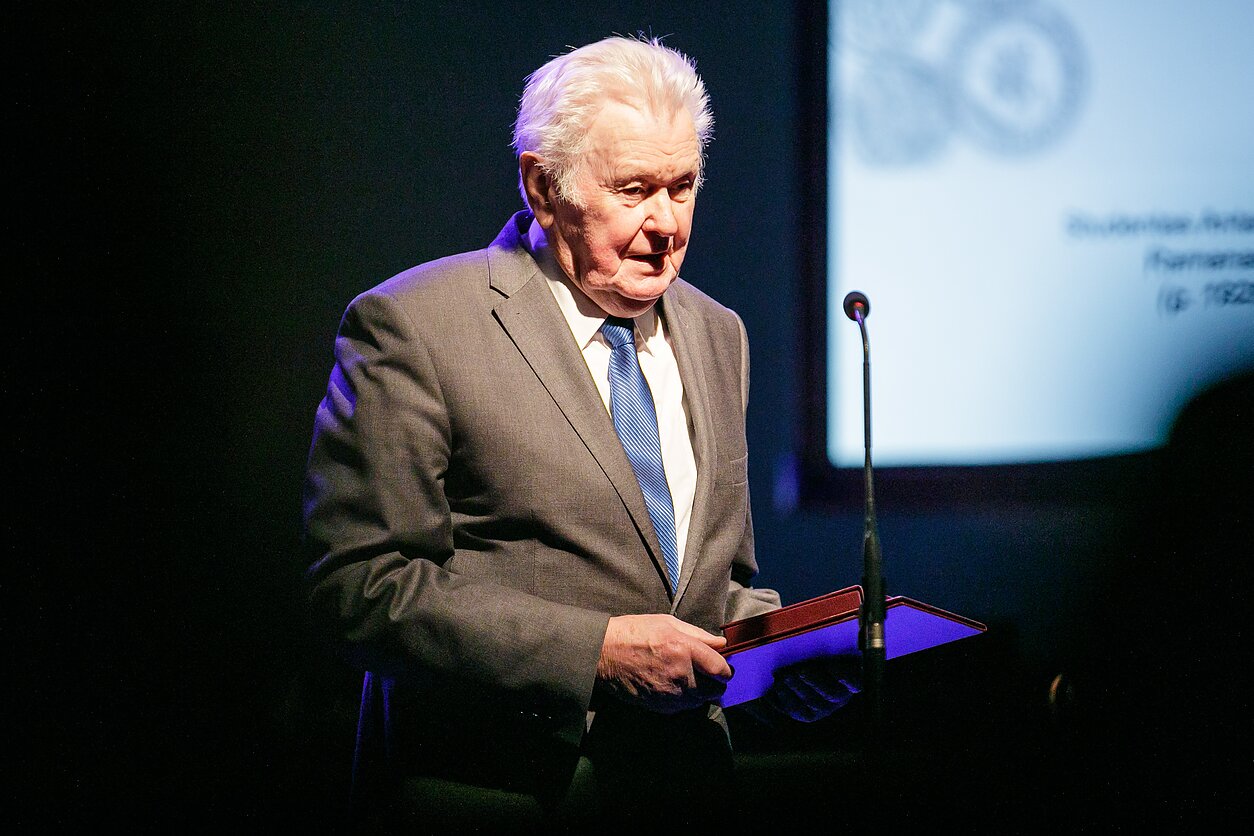 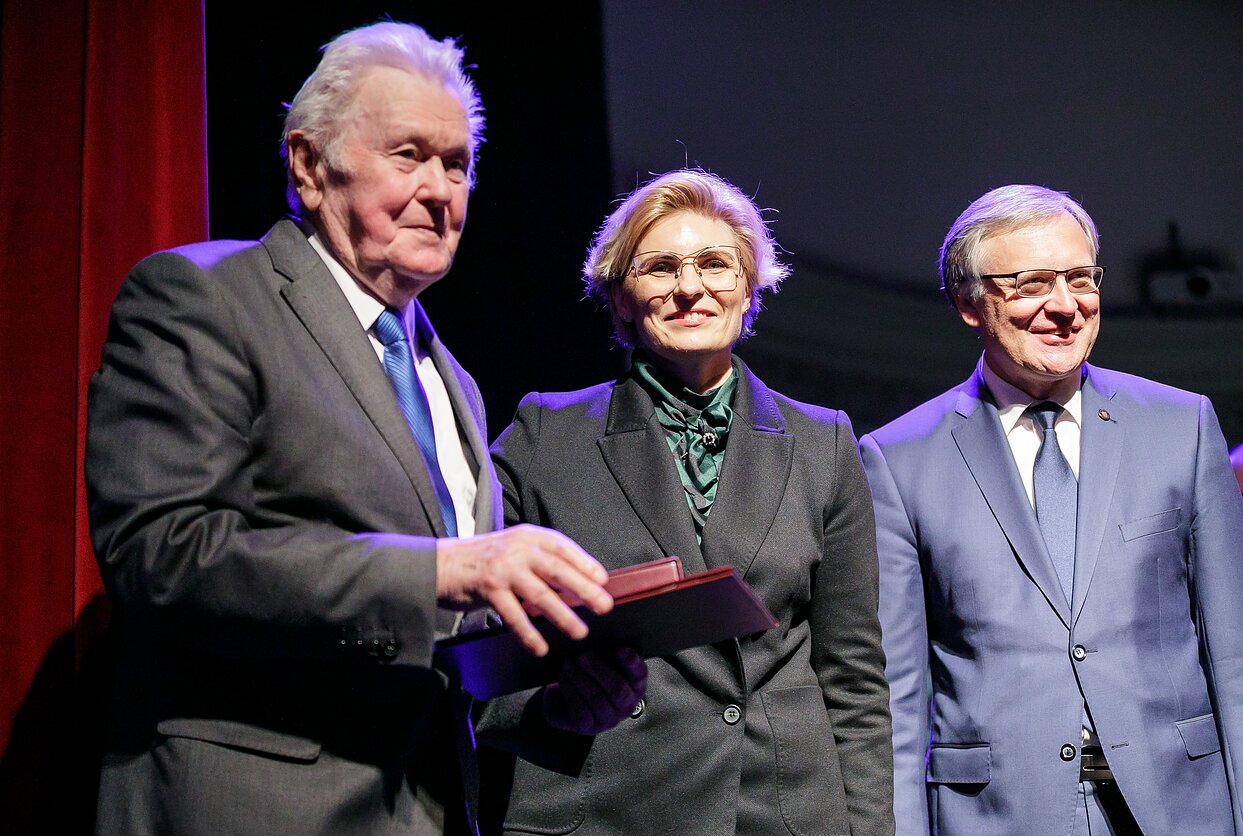 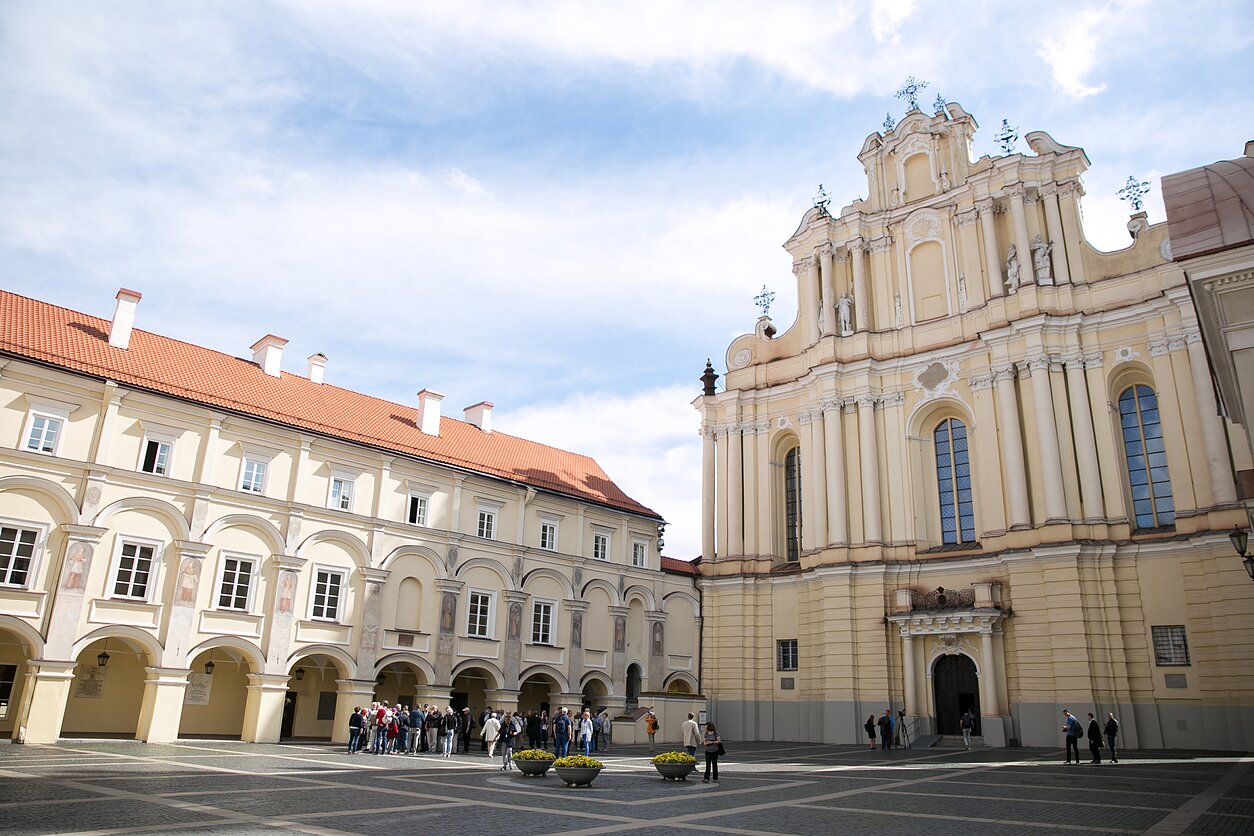