Soviet-era Vilnius Sports Palace to be reconstructed as congress centre 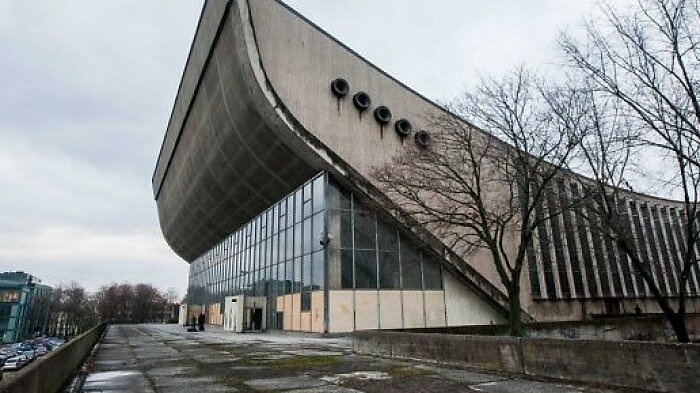 According to the prime minister, the original structure of the building will not be altered and construction will not take place nearby due to disagreements over land with the Jewish community.

Butkevičius added that the government will seek the approval of Lithuania's Jewish community for any development of the property. "Our specialists have been instructed to meet with the chairwoman of the Lithuanian Jewish Community in the near future. We will make no decisions on our own, without their approval. I hope that we will find a solution," he said at a news conference.

"Taking into account the programme of the Congress Hall, its functional peculiarities, new technological and general safety requirements, the changes would not affect the building's cultural value or valuable characteristics of the building," the prime minister said.

Vilnius Concerts and Sports Palace is currently owned by bank Šiaulių Bankas, but, according to the prime minister, could be acquired by Turto Bankas (State Assets Bank). One of its duties is to organise and coordinate renewal of state-owned real estate. Butkevičius says the building is currently worth EUR 5 million. The reconstruction project should be prepared by the end of this year, while reconstruction itself should be completed by 2017. The projected is estimated to be worth EUR 12 million, it would be partially financed from the European Union Structural Funds.

According to the prime minister, after the modern congress centre is completed, private investors could build a hotel, parking lots and other infrastructure.

The structure was erected in 1971 near the site of a former Jewish cemetery.

The Jewish cemetery in the central part of Vilnius had been used since the 16th century and was closed in the 19th century. Many graves were destroyed during the construction of the Sports and Concert Palace. The cemetery attracted renewed public attention after archeological diggings at the site in 1996.