Forum Business Magazine: Building a back office in the Baltics 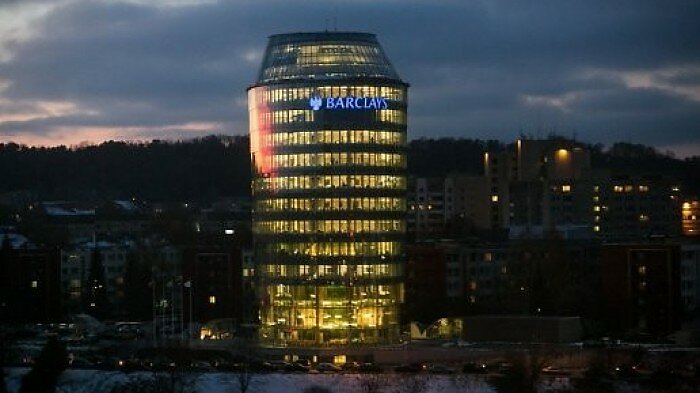 Moving operations to low-salary Baltic countries became popular in the 1990s. Now, translocation has changed in nature: it focuses more on services than on production. The data here speaks for itself.

Moving operations to low-salary Baltic countries became popular in the 1990s. Now, translocation has changed in nature: it focuses more on services than on production. The data here speaks for itself.

Ten years ago, around 20 foreign companies had moved simple services like payroll and accounting to Lithuania; today, more than 50 companies have done so.

Moreover, they have moved increasingly large parts of their business. The Norwegian financial and insurance group Storebrand is a good example. The company began in 2007 with 10 people involved in basic banking services in Vilnius; today, Storebrand has 320 employees who pay out pensions, issue insurance services, sign new insurance policies and retire old ones, manage fund portfolios, and much more.

“We are extremely pleased with the results,” says departmental manager Tommy Fagerlund. “Every new employee here costs half as much as employees in Sweden and Norway.”

The downside is that the vast majority of those hired do not speak Norwegian or Swedish. New recruits are therefore paid to receive language training for six months before they start work.

“Their contract of employment requires them to attain a certain level of language skill to get the job. And we require them to speak Norwegian or Swedish.”

In the conference room at Storebrand, I don’t get a Power Point presentation on the company’s development; instead, I am given a lesson on how definite and indefinite grammatical forms should be used in the Swedish language.

Although it is a Norwegian company, employees at Storebrand must also be able to understand Swedish as the Swedish life insurance company SPP is part of the group.

In the classroom – sorry, conference room – five students are studying hard, all employees of Storebrand. Two others are absent; one is on a mission in Stockholm and the other had too much work on to make it this week.

“The words and concepts they use daily have stuck by now,” says Swedish teacher Andrius Raskazovas. “But they still need further training. If they develop language skills, they can cope with more difficult tasks and more advanced conversations with colleagues in Stockholm.”

Student and employee Tomas Juodziukynas believes that his job with Storebrand is the best thing that has ever happened to him.

Has he ever had a difficulty with language in connection with his job?

“No. The reason for this is primarily that I get good support from my colleagues in Stockholm if there is something I’m not sure about.”

All the employees at Storebrand are university graduates; a third have master’s degrees. They are therefore significantly better educated than the staff at home. Are they overqualified for their jobs?

“Some employees have education levels over and above the level needed for the work, but many are also doing tasks that require a higher education,” says Tommy Fagerlund. “These can be mathematicians who develop new insurance products or economists who carry out business analysis. For example, all of SPP’s fund administration is done in Vilnius, so knowledge of financial markets is a must.”

At Invest Lithuania, a government agency that supports international investors, Storebrand is a favourite amongst the international firms focused on “shared services”. “Storebrand is one of a handful of companies that organise their own language courses,” says analyst Gintvilė Dambravaitė at Invest Lithuania. “The others are trying to outbid one another to attract linguists to work for their companies; which, in the long run, is not very desirable.”

In comparison to other Baltic countries, it is still easier to find the right staff in Lithuania. The country is larger than Latvia and Estonia, and it has a higher proportion of university graduates. Norwegian consultant Kolbjörn Midttun has helped companies in the Baltic states for many years.

“The Estonians are the simplest to work with; they think much the same way as we do in Norway. But there are so few of them! When a company recently established itself, it immediately soaked up most of the available engineers in their niche.”

Certainly, Estonia and Latvia have also received many foreign investments of this nature, and so have Poland and other Eastern and Central European countries. But the fastest increase is currently taking place in Lithuania, in the three growing cities of Klaipėda, Kaunas and Vilnius.

The actual cityscape of Vilnius has been affected by the development of Barclays’ own extravagant skyscraper next to the river. At its inception in 2009, Barclays only used parts of the building, then took over one floor after another until finally it was forced to search for additional premises. Since 2009, the bank has on average hired a new member of staff every day.

The first thing that Barclays moved to Lithuania for was its internal IT support. If an employee in London has a problem with his computer, he contacts an IT expert in Vilnius; this increasingly also applies to support for Barclays employees in the United States. Vilnius has a call centre for Barclays’ customers and also manages the Barclays payroll. The company now has over 1,300 employees in Vilnius. One reason for the rapid increase in employees is that the bank recently moved large parts of its personnel department to the Lithuanian capital.

“Barclays’ decision to invest so much in Vilnius has been an inspiration, and has encouraged other companies to follow suit,” says Gintvilė Dambravaitė at Invest Lithuania. “When such an established company gives the green light with regard to both data safety and opportunities to find well-qualified staff, then it is easy for others to follow in its wake.”

A step by step approach

Those who chose to follow suit are, among others, Western Union – serving its customers around the clock – and Danske Bank. This autumn, Ahlstrom is ready to start looking for Finnish-speaking staff for its new offices here.

“We also have US companies that take advantage of the time differences. Data problems can be fixed in Vilnius while the US headquarters are closed,” adds Gintvilė Dambravaitė.

Having followed the development for a long time, she can see that the least complicated services to outsource are IT, accounting and financial services. The more complicated the service is, the greater the challenge.

This is also the experience of Tommy Fagerlund at Storebrand. “In some cases we underestimated the challenges. But now we know this and have changed our procedures. We understand that it takes time to learn about complicated insurance services, therefore we have extended the period of training.”

He adds, “I have one piece of advice for others who are considering following our example: do not try to do too much too quickly. Rather, move small sections at a time, while keeping all the processes well connected.”

Is it unpopular with the trade unions?

“The unions have had some comments, especially the Norwegian ones. But many who lost their jobs in Norway have been able to get another job within the Group. And a lot of those who quit were close to retirement.”

The latest trend is that more and more industries move their services out while small- and medium-sized enterprises follow these developments and latch on.

Continued interest and growth has made it more difficult to find qualified personnel at reasonable salaries.This is particularly true on the IT side: half of all Lithuanian students who study IT work at the same time as they’re completing their studies.

How long will it take before it is no longer profitable?

“We have estimated that it will still be profitable to be here in 10 years’ time. Sure, salaries are approaching the Swedish and Norwegian levels. But employees here are not only better educated than colleagues back home, they are also significantly younger and more productive. The average age here is 28 years, compared to 40-45 years at home.”

Read the original article by Påhl Ruin in Swedish at Forum.