Bruce S. Thornton: Why should Putin risk for Baltic states? 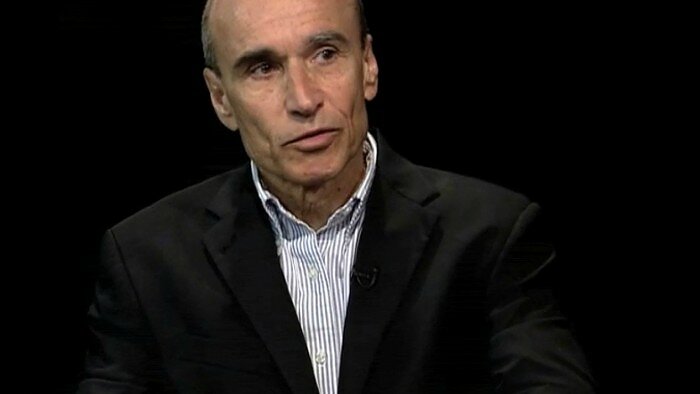 The Western countries are unable to properly respond to Russia's aggressive policies, because they are "rich enough to afford the luxury of believing that [they] can take a vacation from history, and ignore the permanent reality of human violence and conflicting, zero-sum interests," according to Hoover Institution research fellow Prof. Bruce S. Thornton.

The Western countries are unable to properly respond to Russia's aggressive policies, because they are "rich enough to afford the luxury of believing that [they] can take a vacation from history, and ignore the permanent reality of human violence and conflicting, zero-sum interests," according to Hoover Institution research fellow Prof. Bruce S. Thornton.

In an interview to LRT.lt Prof. Thornton, who is expert on war history, says that President Vladimir Putin has little to gain from aggression against the Baltic states, which would only prove that NATO is a paper tiger - something everyone already knows.

In September, Russia's foreign minister proclaimed that relations between Moscow and Washington needed a “reset 2.0”. What kind of political thinking invoked the spirit of reset in the early days of Obama’s administration?

The "spirit" behind Obama's, and Progressive, foreign policy is the old idea of "moralizing internationalism," the notion that all nations share the same interests; want the same goods like political freedom, peace with other nations, prosperity, human rights, etc; and are only in conflict because their peoples lack prosperity, are mired in religious superstition, or have been victims of historical oppression like colonialism, imperialism, etc.

Thus a foreign policy of diplomatic engagement, concession, and discussion can restore this imagined "harmony of interests," create international cooperation, and forestall violent conflict. This is the great Kantian dream that keeps its hold on much of our (and the EU's) foreign policy establishment despite its numerous manifest failures.

What do you think of Obama’s leadership and his foreign policy?

A complete and utter failure. Obama's ignorance of history and political philosophy is matched only by his narcissistic arrogance that foreign leaders are as dazzled by his brilliance as he is. He has reversed the encomium to the Roman general Sulla: He has been no better enemy, and no worse friend. Our rivals and enemies are vigorously pursuing their interests, Russia, China, and Iran particularly, and our allies and friends are neglected and anxious. Under his management U.S. prestige and deterrent power have been seriously eroded, creating a global vacuum that invites aggression.

How do you find the EU’s response to the Kremlin’s aggression in Ukraine?

About what you would expect from "military pygmies," as Lord Robertson, chief of NATO, once said. The EU does not have the military resources and assets to do anything about aggression even if it wanted to, which it doesn't. Thus it imposes sanctions and blusters on the world stage, but a shrewd aggressor like Putin knows that that is all for show.

Only participation in NATO, which everybody knows is a fig-leaf for American power, allows the EU to posture this way. And given that America under Obama is being transformed into a quasi-pacifist welfare state like the EU, on track to cut its defense spending in half, NATO is less and less a credible deterrent.

What’s your prognosis of Putin’s further steps? Do you think that Lithuania, Latvia and Estonia are under threat notwithstanding their NATO membership?

I'm not sure what Putin would have to gain from aggression against the Baltic states, other than exposing that NATO is a paper tiger. But we all know that already, so why take the risk? But we should never underestimate what Thucydides taught us is one of the prime causes of conflict - honor. Russia may feel that its ethnic brothers in neighboring states are being dishonored - or a la Hitler in Czechoslovakia engineer incidents to achieve the same aim - and intervene. At that point, I wouldn't bet on NATO living up to its obligations.

They say Russia is going to face a serious crisis because of the sanctions, international isolation, and oil getting cheaper. Many a man reminds of the USSR beaten in the Cold War by the West because of its economic strength. Do you believe that the West is now able and willing to make Putin’s Russia hold back? And do you think Putin’s Russia is really too weak to withstand a new Cold War?

Russia has numerous problems, probably the most dangerous being its demographic decline and terrible life expectancy, on top of those you mention, particularly an economy over-dependent on resource extraction. That's all great for our grandchildren, maybe, but what about the mischief that can be made internationally today?

The Soviet Union took 75 years to collapse, but during that time slaughtered millions. Events we can't imagine may give Russia new life, just as Hitler's disastrous invasion of the Soviet Union in 1941 gave Russia immense prestige, material aid from the West, and international clout that kept it going another 50 years through the Cold War.

Meanwhile, the West so far is certainly able, but more certainly not willing, to return to Cold War politics to check Russia's adventurism. The best thing the U.S. could do in this regard is to expand oil and natural gas extraction and build facilities to ship natural gas to Europe, starving Russia's economy of revenue. If that happened, Russia would be in trouble.

How would you explain Putin’s acting and thinking? Maybe he feels betrayed by the West because of the NATO’s and the EU’s expansion into former Soviet Union’s territory? Maybe he has come to the conclusion that the Russian society still needs a tsar, a war, and an empire, but not liberal democracy? If that be so, is Putin to blame?

I think Putin embodies the wounded amour propre of a country that was once a superpower, and that sees itself as historically the frontline of Christian civilization against Muslim aggressors, fighting back against Islam and allowing Western Europe the space to develop and progress. But now this world-historical people and rich civilization has been dishonored and diminished by the collapse of the Soviet Union and its reduced global prestige. No doubt the ham-handed expansion of NATO exacerbated that sense of dishonor, and was indifferent to Russia's historical anxieties about invasion from the West. I think a case can be made as well that many Russians see liberal democracy as an alien import from the West, one that does not take into account Russia's unique history, rich culture, and religious fervor. If a majority of Russians feel that way, then Putin is "not to blame" for striving to protect their interests and national identity. That's what leaders are supposed to do.

In the end, however, all that doesn't matter for other nations, which have the right to their sovereignty and autonomy, and to the protection of their security and interests, and should not be sacrificed to the interests of another people.

Is the West too weak or politically misled to respond adequately to Putin’s aggression? If so, what are the main reasons of the West’s presumable weakness and fallacy?

Absolutely the West is too weak, morally more than politically. Why? Because the West is rich enough to afford the luxury of believing that it can take a vacation from history, and ignore the permanent reality of human violence and conflicting, zero-sum interests. Its citizens, with some exceptions, do not want to sacrifice their wealth, leisure, consumer goods, let alone their lives, to take the action necessary to prevent future disorder and suffering. When material comfort is the highest good of human life, nothing is worth fighting or dying for, and the future is a matter of indifference. And this attitude, I believe, reflects modernity's radical secularization, its dismissal of spiritual goods and reduction of religion to a mere lifestyle choice.

Those watching news on TV, say, in the Czech Republic, do not understand what’s going on in Ukraine, and why this should matter to them and their government. They are used to be entertained by TV more than to be informed by it. Aren’t mass culture and TV infotainment the Trojan horses that help Putin conquer the minds in Western societies?

Of course, modern mass media are the press agents of the secularized, hedonistic culture of the West in which transient entertainment and amusement are just one more commodity of pleasurable consumption for the easily bored and those with short attention spans. So yes, the media are a 5th column for any aggressor, who knows that morale, the willingness to fight, kill, and die for what one believes in, is 3 times more important than material superiority, as Napoleon once said. So the crisis in Ukraine is just another show, popular for a while but now replaced by a new one like ISIS or the ebola scare. Next week something else will come along.

“Russia Today” TV channel is quite popular in the United States. Liberal journalists and their democratic audience think: “one should see both sides” (indiscriminating between Russian-style propaganda and truth). And as Allan Bloom put it, “almost every student entering the university believes, or says he believes, that truth is relative”. Isn't relativism a considerable help to Russia in information warfare?

We have only to look at the history of the Cold War to see how dangerous the attitudes you describe were, how much harder they made the final victory because so many Westerners sympathized with communism, whether on ideological grounds or because of the flabby "let's see both sides" relativism, which is usually just an excuse not to make the effort to take a side, the right side, the side of truth and justice. So who cares if Russia wants a "warm water port" or is miffed about no longer being a superpower? That had nothing to do with how we judge the gulags and show trials and manufactured famines, or today's aggression. In any conflict, the one that believes in his side will have a huge advantage over the one who sees all sides but can't pick one to fight and die for.

Liberal democracy is indeed in crisis, for it has no grounding in the transcendent, no divine, timeless foundation. Having discarded faith, it has no basis for making distinctions and judgments of good and evil, right and wrong, falling back instead on "tolerance," which is just camouflage for appeasement and cowardice.

So it's not so much liberal democracy per se, which as created by the American Founders took for granted a transcendent ground in religion, natural law beyond the authority of any earthly political power, etc. It's secularization, the banishing of God from the public square, that is at the heart of the crisis. Sadly, the only remedy may be a catastrophe severe enough to return people to their spiritual roots - if it doesn't drive them to violent ideologies, as happened with Nazism and communism in the 20th century.

----
Bruce S. Thornton is a research fellow at the Hoover Institution (USA). Thornton is currently a professor of classics and humanities at California State University, Fresno. He is the author of books on a variety of topics, including “Greek Ways: How the Greeks Created Western Civilization”, “Decline and Fall: Europe’s Slow-Motion Suicide”; and most recently “The Tyranny of the Majority from the Greeks to Obama”.