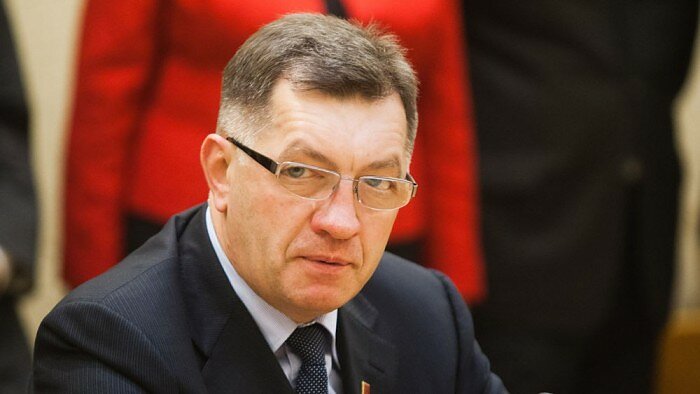 With 90 MPs in favour and 40 against, the Seimas has endorsed, Algirdas Butkevicius to become the newest Lithuanian Prime Minister.

With 90 MPs in favour and 40 against, the Seimas has  endorsed, Algirdas Butkevicius to become the newest Lithuanian Prime Minister.

Butkevicius’ candidacy was always supported by the Social Democrats, the Labour Party and the Order and Justice party. Moreover, he also counted with the support of the Electoral Action of Poles in Lithuania, 3 MPs from the Path of Courage party and 3 independents. In the vote, there were 4 abstentions. Outgoing prime-minister, Andrius Kubilius wished “simple human fortitude” to Mr. Butkevicius.

In his departing words, Kubilius expressed, “I really know what this job means. I would like to say that this job is not easy. It’s very responsible. When you do it, you have no opportunities to complain that somebody is not picking the phone or that the opposition is disturbing you with long speeches,” commented the outgoing prime-minister.

Ex-speak of the Seimas, Irena Degutiene wished the best to the new prime-minister, hoping he can conclude within 4 years with much of his upcoming programme accomplished. For his part, Labour Party leader, Viktor Uspaskich said that he could not remember when a candidate had received as much support as Butkevicius, “I would only like to wish you to strengthen the coalition, to have more backing not only from the left but also from the right side, so that sometimes they also back your good work and remember your good and correct decisions for the fake of the state,” concluded Uspaskich.

Petras Grazulis (Order and Justice), also reminded that “the more Butkevicius is attacked by the opposition and the media, the more his popularity amongst members of the public grows,” sentenced Grazulis.