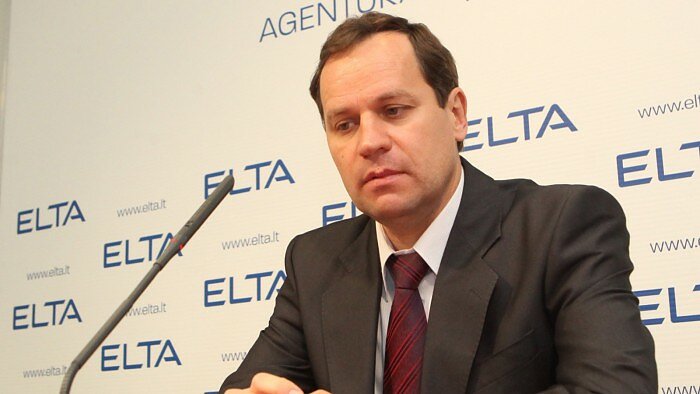 Electoral Action of Poles (EAP) is the latest entrant to the centre-left governing coalition club. Leaders of the coalition claim that it will head the Ministry of Energy.

Electoral Action of Poles (EAP) is the latest entrant to the centre-left governing coalition club. Leaders of the coalition claim that it will head the Ministry of Energy.

The ethnic-Polish party demanded the same terms for joining the ruling coalition as the Order and Justice Party, and that meant the control of two Ministries.

However, finally EAP consented to joining with one. The Party considers nominating the Chairman of LitPol Link, developer of the interconnection project Jaroslav Neverovic, as a candidate to head the Ministry of Energy.

The Ministry of Energy co-ordinates energy companies involved in expensive projects. One of the companies in question is the electricity transmission operator Litgrid, which co-ordinates LitPol Link. Leader of the Social Democrats presumes that since Poland is Lithuania's strategic partner, participation of the Electoral Action of Poles could lunge forward strategic projects between Lithuania and Poland.

According to the coalition agreement, leader of Social Democrats Algirdas Butkevicius is to be appointed for the position of Prime Minister. As well, this Party will get seven ministries: Finance, Transport and Communications, Economy, National Defence, Health, Foreign Affairs, and Justice.

“Labourists” also nominated their candidate for the Seimas Speaker, and it is Vydas Gedvilas, a former coach of the Lithuanian National Women’s Basketball team, re-elected to Seimas for the third consecutive term.

The Order and Justice Party will take over the Environment and the Interior Ministries.

The four parties will have 86 seats in the 141-seat Seimas.

A controversy has sparked in the early stage of the coalition talks when President Dalia Grybauskaite declared she will only support a government without Labour party, which allegedly has committed vote-buying.

The President submitted this issue to the Constitutional Court, and it ruled that the scope of the violations during parliamentary elections was not that extensive to invalidate the overall results.

However, the Court declared that candidates who violated laws during elections should not get mandates. Three of the Labor party members were identified as elected through violations and as the result were excluded from the Labour Party lists.

According to the Constitution, the President appoints Prime Minister and tasks with naming Ministers. However, a 1998 Constitutional Court ruling said that the head of the state should not ignore the will of the Parliament.