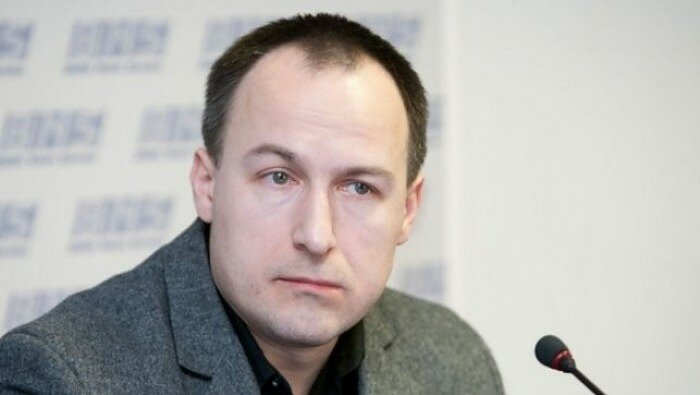 If the three leaders of the multi-member district vote are able to maintain a considerable lead over the remaining parties after the second round of the parliamentary election, the ruling coalition is going to comprise two of the three biggest parliamentary factions. A coalition with only one of them not only is very hard to imagine but also seems nearly impossible, Vladimiras Laučius wrote in delfi.lt on 22 October.

President Dalia Grybauskaitė would probably prefer the rainbow coalition scenario (the Social Democrats (LSDP) plus the Conservatives–Christian Democrats (TS-LKD)). But the parties who’d need to paint our political skies with a rainbow most probably wouldn’t. If the Social Democrats were up for it, they would have to put up with the policies of the right-wingers and their guardian Dalia Grybauskaitė. And this can hardly be applauded by supporters of LSDP or the party’s management board. So we are left with the two more plausible combinations: the Labourists (DP) plus the Social Democrats, or the Labourists plus the Conservatives.

Admittedly, it is not one hundred per cent certain that the rainbow coalition should be rejected. A lot will depend on the distribution of mandates, the President’s persistence and the bargaining position of Viktor Uspaskich. If Uspaskich decides after the second round of election to openly endorse the idea of a possible cooperation with TS-LKD, Grybauskaitė might try to convince Algirdas Butkevičius that the rainbow coalition is his party’s only alternative to staying in the opposition for another term. And staying in the opposition for two terms in a row is a grim prospect.

On the other hand, Uspaskich, with the latter scenario in mind, will have a good reason to cling to the present agreement with LSDP and the Order and Justice (TT). If he flirts with the Conservatives when the President disfavours the Labourists and favours the rainbow coalition, Uspaskich, with his Labour Party, risks missing the boat of the government.

If the preliminary agreement between LSDP, DP and TT does not collapse and eventually turns into a ruling coalition, it is not unlikely that their dominance in terms of mandates may be very weak or not even reach 71 seats required for majority control. Then it would be only natural to invite the Electoral Action of Poles in Lithuania (LLRA) into the coalition.

In this election, LLRA came out as a fairly solid party: its election candidates spoke in a constructive, calm and collected manner and did not make any drastic statements or populist promises or hurl glasses at others. This party is rather unlikely to be disproportionately greedy when slicing the cake of the government. For now, one is under the impression that LLRA would fit well into the coalition of LSDP and DP as the second small partner along with the Order and Justice.

Moreover, if LSDP and DP are extremely successful in the second round and together get 66–68 seats in the Seimas, they would be freed from the appetite and the populism of TT by choosing the Electoral Action of Poles as their preferred partner in the negotiations instead. Especially in the light of the fact that it may be rather complicated, as well as a little embarrassing, to try and talk to certain members of the TT faction in the new Seimas (such as Petras Gražulis, Remigijus Ačas or Kęstas Komskis).

If the Social Democrats did not dawdle about before the election and discussed with LLRA the possibilities for cooperation, they may have come to the same kind of agreement in the negotiations for the ruling coalition as that between TS-LKD and the Liberals. It would benefit both of the parties. Of course, such choice does not depend on LSDP alone. But could the Poles really have more in common with the Labourists, who quite possibly bought the prisoners’ votes, or the Conservatives, who never seem to tire of the toys of the early 20th-century nationalism?

For that matter, neither Uspaskich, who sometimes calls himself a liberal, nor the Social Democrats, as proponents of moderate policies, should feel much sympathy for the radical and anti-liberal views of the Order and Justice and be particularly willing to cooperate with them. In some respects, they might find the Liberal Movement more attractive: Uspaskich spoke of them favourably on many occasions and the Social Democrats supported some of their positions in the Seimas (e.g. in the case of internet voting and family policies).

If TT would eventually become such a raving populist that LSPD and DP couldn’t find a way to talk to them, negotiating with the Liberals might offer an alternative option for a coalition. For now, the Liberal Movement is publicly swearing faithfulness to TS-LKD, but this is more likely to be a message for the electorate before the second round rather than a solid and unassailable commitment to the Conservatives. The presence of the Liberals in the ruling coalition along with LSDP and DP would, among other things, weaken the opposition, where the Conservatives would be accompanied not by the right-wingers of common sense but by the Way of Courage that likes to hurl glasses at people and by the ‘transparent’ team of Ačas and Komskis.

However, there’s still a fairly real possibility that in the second round of election TS-LKD will do better than DP or even LSDP, or, if they are particularly lucky, than both of them together. The Labourists seem to be concerned with only one thing: getting to the government. If the means are unimportant and voters are being manipulated, then why should the party stick to preliminary agreements when choosing partners in government?

What should the Social Democrats do in response? Remember the rainbow coalition? Or, better, not let themselves forget about the principles and dignity?

The results of the multi-member district vote suggest that the balance of power between the three most trusted parties should in the end be unfavourable to TS-LKD. In that case, Uspaskich’s prediction that the coalition of the Labourists and the Social Democrats will last for the whole term of four years might as well prove correct.

But if the Conservatives will manage to come second, this will be a slap in the face to not only one of the major opposition parties but also to the whole emerging coalition of LSDP, DP and TT. After the slap of the Conservatives, this coalition would start to make cracking sounds from the moment it is officially formed.