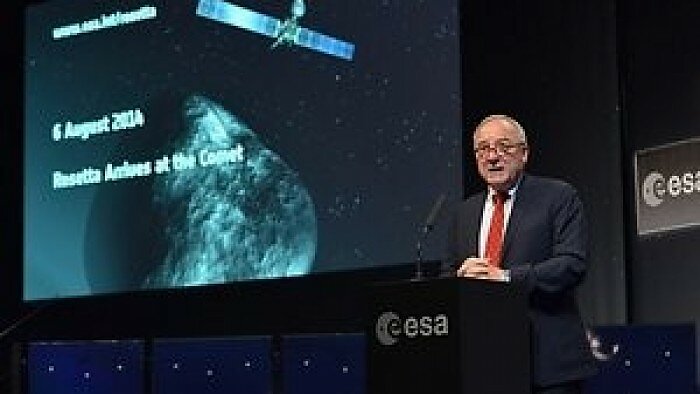 Lithuania's Economy Minister Evaldas Gustas has signed an agreement of a European Cooperating States with the European Space Agency (ESA) in Paris.

Lithuania's Economy Minister Evaldas Gustas has signed an agreement of a European Cooperating States with the European Space Agency (ESA) in Paris.

Signed with ESA Director General Jean-Jacque Dordain, the agreement will allow Lithuanian businesses and scientists to participate in the top-level international network of science, technologies and innovations.

"The main objective of the Lithuanian space policy is to seek knowledge, economic development and benefits of space technologies to our country. What is very important today is that we are not aside the development of the new space economy. Therefore, closer cooperation with the ESA is the cornerstone of our space policies," Gustas said during the signing ceremony in the French capital.

Lithuania was invited to sign the agreement and join ESA programs after ESA experts carried out a technological audit of Lithuania's research and business potential in the space field in February 2013.