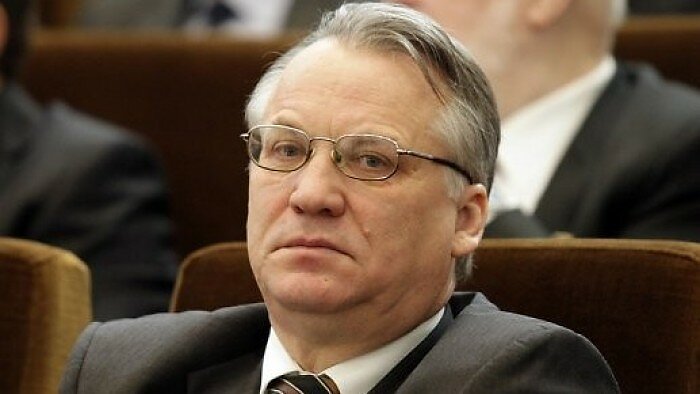 He says that any intelligence or counter-intelligence operations that become known are usually made public so that they match the political context. As such, Laurinkus has little doubt that it was no accident that Kohver was detained by Russians on the last day of the NATO summit in Wales.

"I am not aware of many details, but I think that some methods do not change over time. In my opinion, the officer has been kidnapped. Under what circumstances and how - we will discover eventually. Usually state services carry out counter-intelligence operations so that the target is caught red-handed. Everything is planned and pre-arranged, well-documented and organized.

"All that is done in order to be able to publicize the evidence, do some PR. But there are also operations that are arranged according to the need. The need can be political or revenge... In such a case, facts - if they are thin - get a little tweaked and stretched. I think, this was exactly this kind of need-based operation. The need was the NATO summit. Big countries like Russia always time such operations to big events," Laurinkus tells DELFI.

The former VSD chief insists that the incident is a reminder to the Baltic states that Russia has declared a different kind of war on them, the war of intelligence.

"The message is that the war will not be fought with armoured vehicles, tanks or jets - it's an intelligence war. It's a message to NATO countries in the region that similar, albeit customized, operations might be in store for them as well. Lithuania is under a particular danger, since it is an active ally of the United States, supporter of sanctions [on Russia]. One can sense that from Russia's actions. For instance, there has been a report about criminal proceedings against Lithuanians who left the Soviet army after 1991," Laurinkus says.

Abduction of the Estonian official: timeline

On Friday, 4 PM, Estonia announced that unidentified people from Russia entered the Estonian territory at 9 AM near Luhama checkpoint and detained an officer of the Estonian Internal Security Service. At the time, the name of the officer, Eston Kohver, was not released.

According to Estonia, the officer was on duty which included cross-border crime prevention. Kohver was allegedly detained using force. Estonian authorities claim the incident happened on its side of the border. The kidnappers reportedly jammed Estonian radio communications and used at least one smoke grenade during the incident.

That same day, 5 PM, the Estonian State Security Service organized a press conference where it said there was no evidence that the kidnapping was politically motivated. Estonian and Russian border guard officers had reportedly had a meeting at 1 PM, where the Russian side alleged it had no information about the incident.

Later that day, after 7 PM, Russia's Federal Security Service (FSB) released information it had intercepted an Estonian security police operation in Pskov Oblast, Russia, and detained Kohver. He was allegedly in possession of a firearm, 5,000 euros, special recording equipment and other things usually used in intelligence operations.

At 11 PM, delfi.ee published a communiqué by the Estonian Security Police, saying that, before Russia announced the detention of the Estonian official, it had acknowledged the fact of illegal border crossing. "Among other things, border guard officers of the two states [Estonia and Russia] signed a joint protocol on the violation of border, noting that the trace led from the Russian territory to Estonia and back, not vice versa. The document says that an Estonian national went missing after an illegal crossing of border," according to the Estonian Security Police.

"The Estonian officer had no intelligence-related material, he was on a document-collection mission related to border violations in smuggling and corruption crimes," the Estonian Security Police spokesperson said.