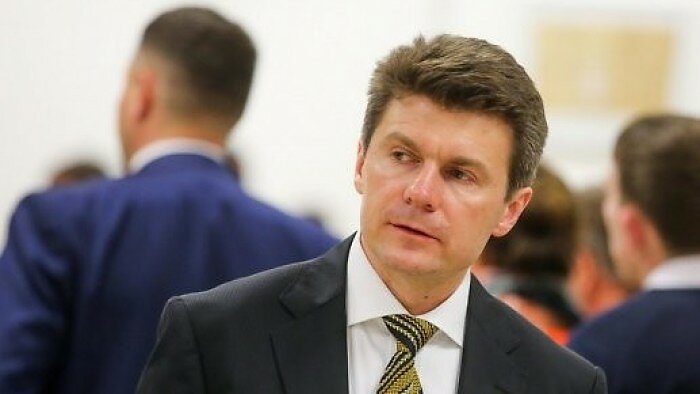 Last week, Lithuania signed a historic contract of liquefied natural gas (LNG) supply with the Norwegian company Statoil. Even if the price of gas set by Statoil will be somewhat higher than the one Lithuania pays now, it is important that, for the first time in history, the country has an alternative to Russian gas, says Romas Švedas, former deputy minister of energy and lecturer at the International Relations and Political Science Institute of Vilnius University (VU TSPMI).

Last week, Lithuania signed a historic contract of liquefied natural gas (LNG) supply with the Norwegian company Statoil. Even if the price of gas set by Statoil will be somewhat higher than the one Lithuania pays now, it is important that, for the first time in history, the country has an alternative to Russian gas, says Romas Švedas, former deputy minister of energy and lecturer at the International Relations and Political Science Institute of Vilnius University (VU TSPMI).

“The economic factor is obviously important, but what is most crucial here is that we have an alternative, a tool in our negotiations with Russia. Whatever the alternate supplier, even if his price is higher, this is instrumental in handling our relations with the Russian Federation,” Švedas said in the LRT radio show 60 minučių.

He added that this was an alternate source not just for Lithuania, but also Latvia and Estonia. According to Švedas, energy concerns are not just a matter of economy for the Baltic States – “for us the question of energy supply is still one of to be or not to be”.

You know, the discussion really splits in two directions. One direction is that of us having an alternative, the other direction is that of price. I would say that currently, on this historic day as it has been called, we should focus on the discussion of alternatives. As was said by both the company manager and the prime minister, it matters that the price is competitive. We shouldn’t forget the most important thing though – for the first time in history we have a competitive alternative.

Let’s not forget that we are not simply reliant on Gazprom gas. We are absolutely, 100%, dependent. And we get this gas through a single pipeline – through Belarus, which is also unpredictable. Economic concerns are undoubtedly important, but today it’s most important that we have an alternative, a tool in our negotiations with Russia. Whoever the alternate supplier might be, their price would still be somewhat higher, but even so this will be a key instrument in our relations with the Russian Federation. It will guarantee us independence and grant us a point of strength in our negotiations with Russia.

So you agree with the prime minister’s claim that Lithuania has negotiated competitive gas prices?

I think that currently, Lithuania is an island energetically. That with the closure of Ignalina nuclear power plant Lithuania is the largest importer of electricity in the EU. That Lithuania imports 100% of its gas through Gazprom. We have to have the alternative in mind.

In this context I want to say that the fact that the agreement was signed, that the terminal will start working at the end of this year, this is an excellent display of political will in Lithuania, where we usually see a major lack of it. It is important that continuity and concentration were demonstrated. It is important that the project survived as it was passed from one ruling coalition to the other and was completed. This is a very good, positive example. When talking about domestic politics, we are generally used to heckling and criticising, meanwhile this has been a good example, which should be adapted for future projects too.

The general manager of Litgas, Dominykas Tučkus, stated that he cannot comment on the exact formula. Why do you think it is so?

The exact formula could be a commercial secret. This is a company with commercial interests after all. On the other hand, the price will fluctuate. It is really good that the price will reflect market tendencies. This won’t be a fixed price, independent of global events. I believe that under current conditions, bearing in mind the great tensions with the Russian Federation, we really shouldn’t exacerbate economic disputes. What matters most is that we know the price will reflect market principles; it will be a competitive price.

This is a very real alternative not just for Lithuania, but also for Latvia and Estonia. We know that we will not be cold this winter. Let’s not forget that for the three Baltic States, energy isn’t just about economics. For us, it is an existential matter. When we complete our gas connection with Poland, we will have yet another alternative. The economic effects will be even more notable then. For now, however, I would put the geopolitical interests higher.

Do you think the gas prices may change due to the tense relations between Russia and the EU?

You see, economies always suffer from conflicts. Especially through the presence of sanctions. Obviously there is a very real threat that the prices will rise. On the other hand it all depends on which way the sanctions are directed. If the sanctions are directed toward energy resources (and these are crucial for the Russian finances), it is possible that prices will rise. It is hard to predict right now, especially during an open conflict. Either way, in such a case it is important for us that we will have secured a real alternative.

There are plans to purchase from other suppliers as well through the terminal. There are currently 12 non-binding agreements signed with alternate suppliers. How many could we expect?

I may answer this somewhat philosophically. Lithuania has taken the first steps into dealing with liquefied natural gas markets. These steps have to be taken very carefully. The fact that the responsible company is focusing on making conditions as flexible as possible and ensuring available alternatives is a very positive factor. Let’s admit, we do not have the experience that the Netherlands and some other states do, where liquefied natural gas is a large portion of their economies. We should be honest here – our knowledge and experience in this situation is very limited. We should make sure not to make any big mistakes, not tie our hands and have agreements that are as flexible as possible. Obviously that is what we are currently witnessing.