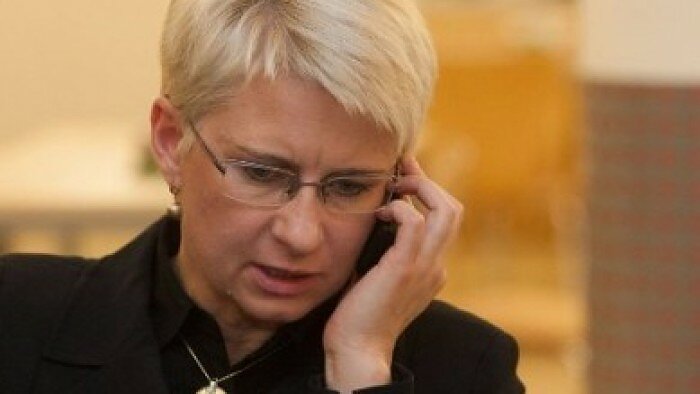 The Central Electoral Commission of Lithuania announced Wednesday that it is rescinding Neringa Venckienė’s Seimas mandate due to excessive absenteeism.

The Central Electoral Commission of Lithuania announced Wednesday that it is rescinding Neringa Venckienė’s Seimas mandate due to excessive absenteeism.

“We conclude that her mandate has ended and there’s a vacant seat in the Seimas,” CEC chairman Zennas Vaigauskas said during Wednesday’s sitting.

On 19 June, the Seimas of Lithuania impeached Venckienė, a senior member of the opposition Way of Courage political party who had not attended sessions for over a year.

The move came after the Constitutional Court ruled that Venckienė had breached her parliamentary oath by missing multiple sessions.

Venckienė has not been seen in the parliament since last April, after discussions to revoke her political immunity began. Prosecutors want to charge her for failure to comply with a court ruling ordering her to return her niece to her biological mother and abuse of a child representative’s rights.

Under the candidate list of Venckiene’s party Way of Courage, her seat should have been taken by Professor Gintaras Aleknonis of Mykolas Romeris University but he informed the CEC on Wednesday of his decision not to take the seat.

Following his decision, Venckiene is set to be replaced by businessman Stasys Brundza.