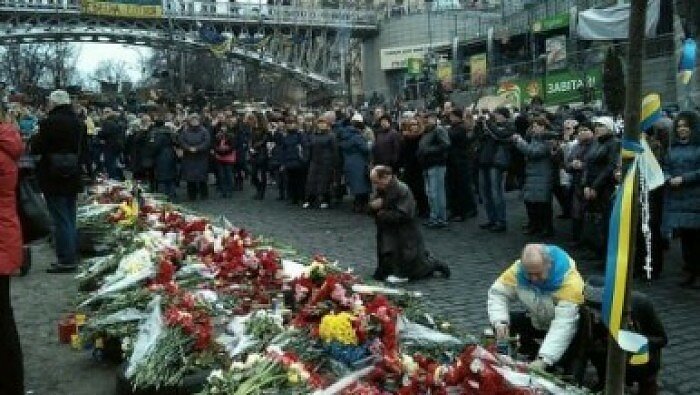 The fact that armed terrorist groups control of stretches of the Russian-Ukrainian border and allow the unimpeded movement into Ukraine of Russian-made weaponry and tanks is unacceptable, the Lithuanian ministry said.

The Foreign Ministry called on Russia to ensure proper control of the border with Ukraine and prevent the entry of Russian-made weaponry and armed Russian citizens to the Eastern Ukrainian territory, thus helping to stop terrorist acts in the territory.

“We urge the Russian government to condemn the continuous violations of human rights and terrorist actions in Crimea and Eastern Ukraine, as well as start implementing the international agreements and proposals of the contact group of Russia, Ukraine and OSCE without delay to secure peace in the region and ensure sovereignty and territorial integrity of Ukraine,” said the Foreign Ministry.

The Lithuanian Foreign Ministry also stated that such terrorist actions do not only cause legitimate indignation of the people of Ukraine but also leads to unacceptable forms of violence, such as the attack of the Russian Embassy in Kiev.

A raging crowd of a few hundred people smashed windows of the Russian Embassy, toppling luxury cars belonging to embassy staff and taking down the Russian flag. Angry protestors threw a Molotov cocktail at the embassy building, but no serious damage was reported. Moscow responded to the incident by denouncing Kiev police for failing to intervene, calling it a “major violation of Ukraine’s international commitments.”